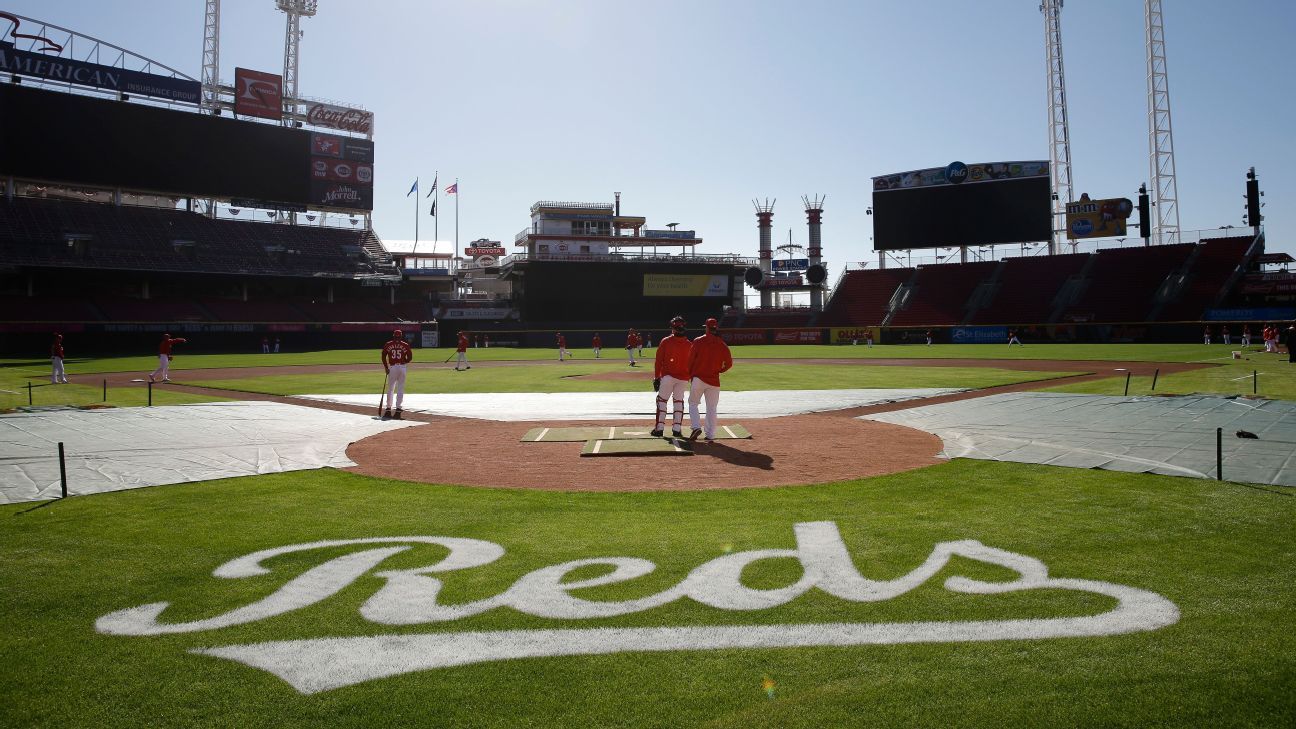 CINCINNATI -- A swarm of bees settled above the backstop screen shortly before the first pitch, prompting an 18-minute delay to the start of a game between the San Francisco Giants and Cincinnati Reds.

The game began after the swarm moved toward the upper deck.

It's the second time the Giants have been involved in a bee delay in Cincinnati. A swarm went into the Giants' dugout at Riverfront Stadium on April 17, 1976, forcing a 35-minute delay. The Reds won the game 11-0

There was a 17-minute bee delay before another game at Riverfront on May 11, 1987, against the Phillies. Reds starter Ted Power got stung on his hand.

More in this category: « Real or not? Jose Altuve could be MVP again Scherzer K's 9 in Nats' win, shrugs off hit to calf »
back to top