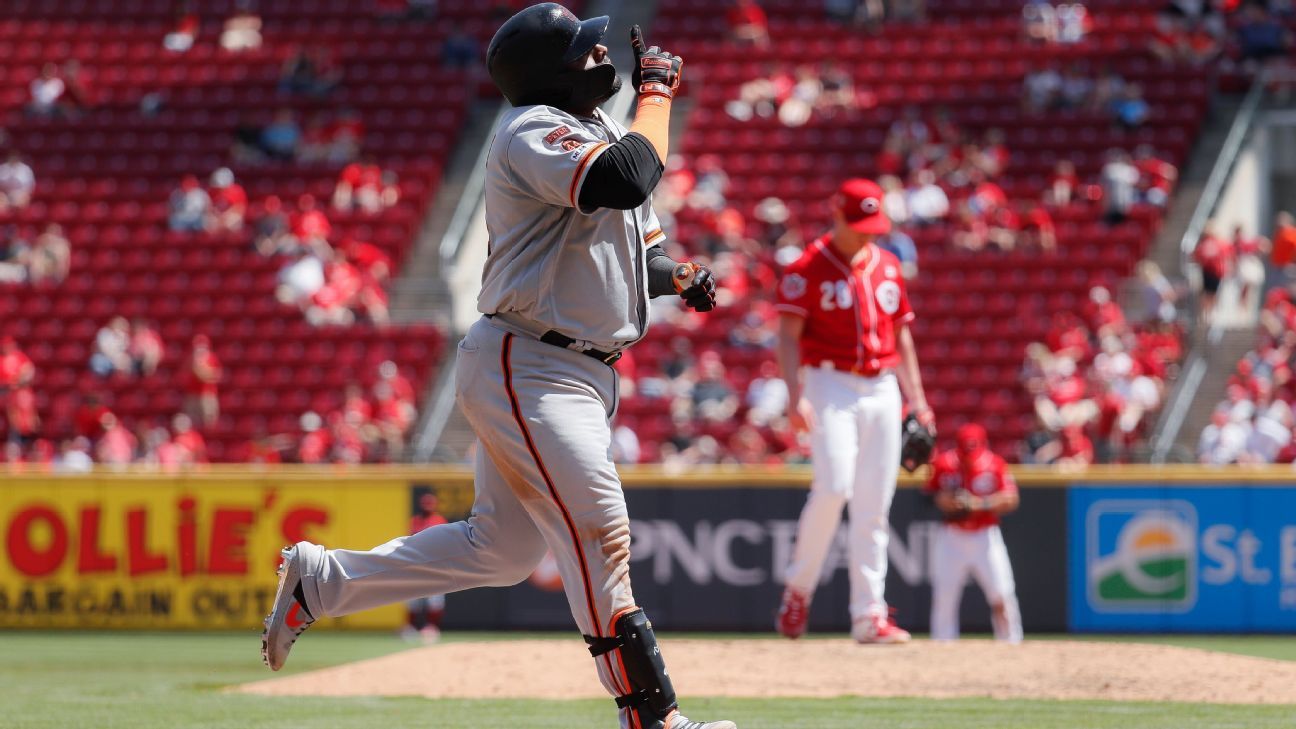 Pablo Sandoval on Monday became the first major league player since 1905 to hit a home run, steal a base and pitch a scoreless inning in the same game.

Sandoval achieved the feat in the San Francisco Giants' 12-4 loss to the Cincinnati Reds on Monday.

The only other time the feat was achieved was also by a Giants player in a game against the Reds. Hall of Famer Christy Mathewson threw nine shutout innings, hit a homer and stole a base in a victory on May 23, 1905, according to the Elias Sports Bureau's data.

Chief Johnson of the Kansas City Packers also accomplished this feat playing in the Federal League on August 14, 1915.

Sandoval's steal of third base in the second inning of Monday's game was his first stolen base since the 2012 season. His home run Monday was a three-run shot in the sixth inning that cut the Giants' deficit at the time to 7-4. He has three home runs this season.

In his scoreless inning Monday, which came during the eighth inning, he hit Jose Peraza to lead off the inning but got Josh VanMeter to fly out and induced a ground ball double-play off the bat of Nick Senzel. When Sandoval hit Peraza, it marked the fifth time in Monday's game that a Reds player was hit by a pitch, tying a National League record.

Sandoval has now pitched two innings in his career and has not allowed a run.