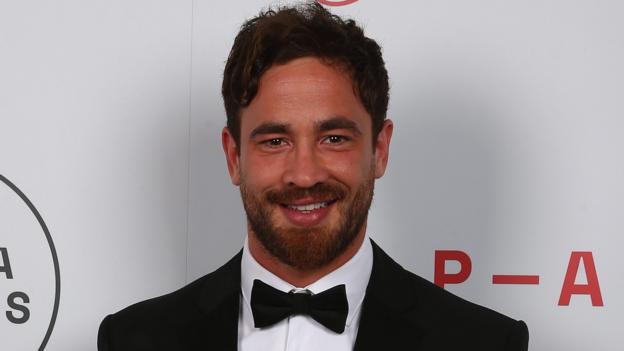 Danny Cipriani is targeting Premiership glory with Gloucester and a place in England's World Cup training squad after winning the Rugby Players' Association Player of the Year award.

The fly-half topped the poll of his fellow professionals after guiding Gloucester into the play-offs.

He said it was "very humbling" to be recognised by his peers.

"I am very honoured, but the job is not done this season," the 31-year-old told the BBC.

"Rugby is such a team sport and I wouldn't be able to do what I am doing without my team-mates and coaches.

"I am very excited about what is to come over the next couple of weeks with Gloucester."

Kept in the loop by Jones

Despite his consistent form at club level, Cipriani has only made two appearances for England under head coach Eddie Jones, and won the last of his 16 caps in June 2018.

However, he has not given up hope of forcing his way into contention for World Cup selection.

"It's just about action over the next couple of weeks," he added.

"Eddie Jones is very diligent about how he speaks to everyone in the wider squad, and there is a group of us who met him over the last couple of weeks.

"So it's just important for myself to finish the season as strong as I can to put myself in the best position to hopefully get involved in a training squad."

Gloucester will face a trip to either Exeter or Saracens in the Premiership semi-finals, and after signing a new a new long-term deal at the club, Cipriani is determined to bring success back to Kingsholm after a barren spell.

This season is the first time in eight years Gloucester have finished in the Premiership top four.

"Hopefully as a club it has been a complete transition," he added.

"We are finding something to move forward to and really leave a good legacy as a club."