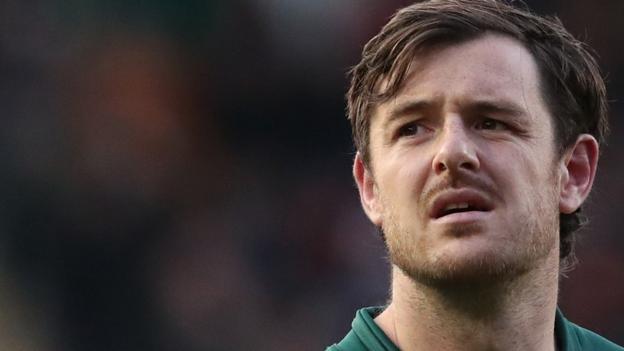 Leicester Tigers centre Matt Smith is retiring at the end of the season after a 14-year playing career to become the club's academy head coach.

Smith joined at the age of 14 and has helped the club win four Premiership titles and three Anglo-Welsh Cups.

"I've had my time and lived my dream, but it's time to take on my next challenge," he told the club website.

"I have thought about it throughout this season.

"I still love playing the game, but now I don't feel like I'm at the level I used to be and it's the time for someone else and someone younger to come in and do the job this club needs of them."

Smith's final game as a Tigers player will be on Saturday when Leicester host Bath at Welford Road.

Former team-mate and now head coach Geordan Murphy said: "Matt has been a fantastic servant of this club and represents everything we want a Tigers player to be."