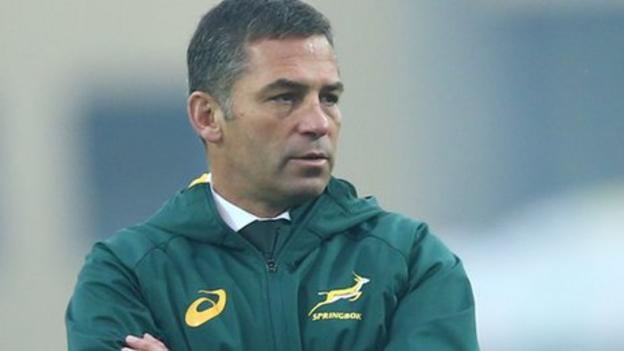 Franco Smith is to take over from Conor O'Shea as head coach of Italy after the 2019 Rugby World Cup, according to his employers in his native South Africa.

Bloemfontein's Pro14 side the Cheetahs confirmed their head coach is leaving to take charge of Italy in January.

In a statement, the club wished Smith "the best of luck with the opportunity to coach on an international level until the next World Cup in 2023".

The Italian Rugby Federation have yet to comment on the coaching change.

Former Ireland international O'Shea has been in charge of Italy since 2016. It remains to be seen what role, if any, he will have with the Azzurri next year.

The Cheetahs say Smith, 46, will remain in charge for their Currie Cup campaign until the end of November, before joining Italy on 1 January 2020.

Smith, who won nine caps for the Springboks, finished his playing career in Italy with three seasons at Benetton Treviso before spending six years as head coach of the Italian outfit from 2007 to 2013.