Maria Lyle back on track after rediscovering love for running 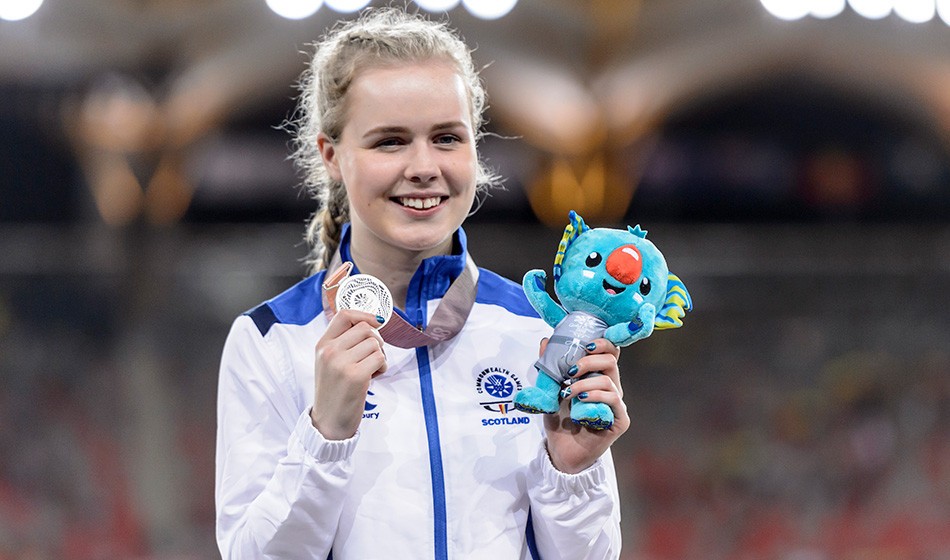 Maria Lyle is now back running with a smile on her face after seeking support for her anxiety and rediscovering a love for athletics.

The multiple Paralympic, world and European medallist first showed her sprint talent while at primary school and then started joining her mum Susan on short runs. As her career progressed, however, she struggled to find the same love for her sport as she had during those early days.

Lyle became overwhelmed with worry about competing and her concerns impacted her life away from the track. After suffering in silence for years, the 19-year-old finally opened up to her mum who convinced her to seek professional help. She was later diagnosed with having anxiety.

Maria Lyle as a young runner with her mother, Susan

“My mum would give up lots of her time, she would lead my sessions and drive me all over the country so I could compete,” Lyle explains. “She would even take time off work to watch me in competitions.

“Because of this I would get worried if I didn’t run well. I’d feel guilty about wasting her time.”

She adds: “Disappointing my mum wasn’t the only thing I was anxious about. I was worried about my competitors and factors I couldn’t control. Before the 2018 European Championships I revealed something to my mum that I have never spoken about before.

“I broke down and cried for hours, expressing how rubbish I felt about myself in both my running and personal life. Running had completely taken over and there was nothing positive.

Lyle has lived with diplegic cerebral palsy in her legs almost all her life. The condition dictates how she lives, but she refuses to be ruled by it.

She is now one of the world’s best T35 sprinters, but few of her classmates at Dunbar Primary would have tipped her as a future Paralympian, until one PE class changed everything.

“When I was younger, I struggled quite a lot. Things didn’t come quite as naturally for me as they did for my peers and often I ended up feeling a bit rubbish about myself,” says Lyle, who in 2016 claimed T35 100m and 200m bronze medals at the Rio Paralympic Games and last year secured Commonwealth 100m silver for Scotland.

“Things drastically changed, however, after one PE lesson. We had to complete the multi-stage fitness test (bleep test). As someone who fell over constantly and ended up with cut knees 90% of the time, you could say I wasn’t that keen to join the lesson.

“To everyone’s surprise, I was the last one left in the test. That was the first time I’d ever felt such a sense of achievement. From that moment, running would become a big part of my life.”

Her mother Susan, a PE teacher at the East Lothian school, adds: “Having Maria in my class was great. As Maria developed, I soon became aware that in many areas she could hold her own or even challenge her classmates.

“Maria seemed to have a natural ability for running and this first became apparent during a lesson where we conducted the bleep test. To my surprise and possibly her peers, Maria was the last person standing.

“From that day onwards, Maria and I started to go out on short runs together. She was eight years old at the time and for the first time in her life I could see Maria had found something she loved and she began to blossom.”

Lyle is now back recording the kind of results her talent merits and works at the Scottish Parliament while training. But Susan says no medal ceremony can compare to seeing her daughter enjoying running again.

“My proudest moment is not Maria winning medals on the world stage, it is probably Maria competing in Glasgow (in February) at the 2019 national indoor championships.

“For the first time in years I saw Maria stand on the start line feeling relaxed and running through the finish line with a smile on her face.

“Along with the support from us as a family and her coach, Jamie Bowie, Maria has turned herself around and is back on track in all areas of her life.”