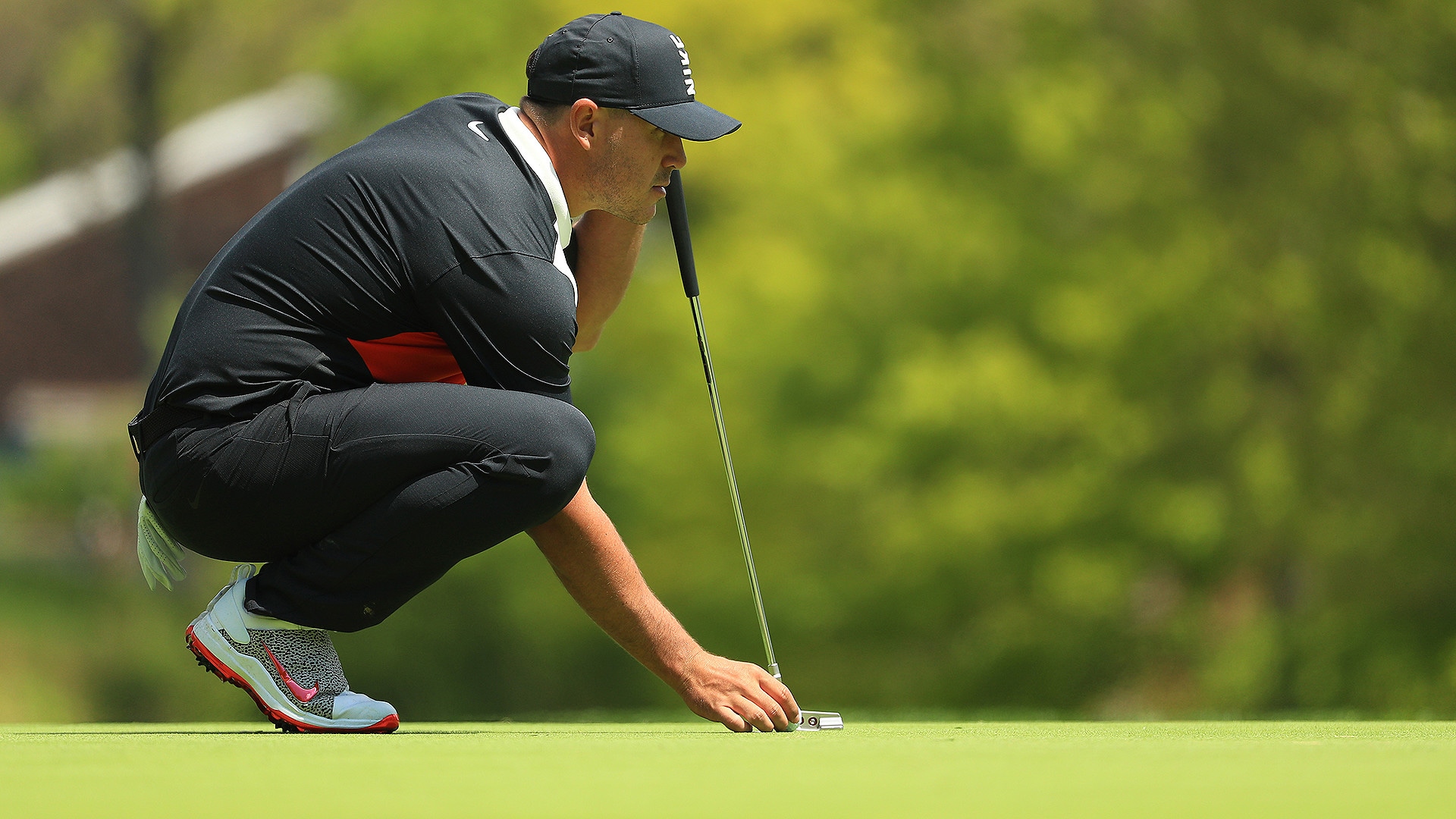 FARMINGDALE, N.Y. – One doesn’t think weakness when they think of Brooks Koepka, particularly at major championships, but following his record-breaking start at the PGA Championship on Thursday the three-time Grand Slam winner conceded a rare shortcoming.

“I'm not the most confident person on Poa, believe it or not. I know I won Shinnecock on Poa, but I haven't played on it too much,” said Koepka, who won last year’s U.S. Open on that particular putting surface.

It might have been an even bigger surprise that he was able to post a 7-under 63 to match the PGA Championship scoring record and top the Bethpage Black course record by a stroke.

He opened his day with a 40-footer for birdie at the 10th hole and needed just 25 putts on Bethpage’s Poa greens, on his way to an early advantage. For Koepka, his newfound confidence on the greens, be they Poa or another surface, stems from some work with his short-game coach Pete Cowen before the Masters.

“It was nice because I was doing it on my own,” Koepka said. “To have him back and just kind of touch up some speed control, he comes over to the house every night and we just putt downstairs in the basement and make sure everything is fine tuned and ready to go.”