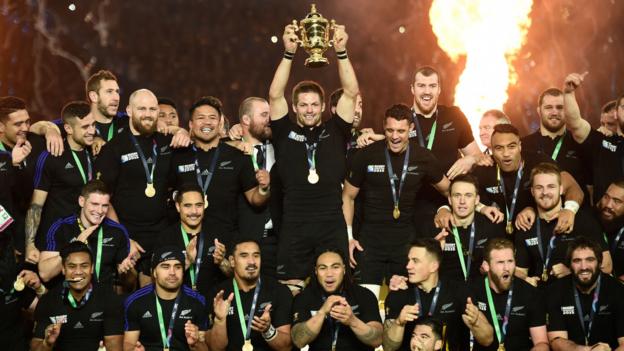 Commentary of each game during the tournament, which features England, Ireland, Scotland and Wales, will be broadcast on Radio 5 Live and Radio 5 Live Sports Extra.

It runs from 20 September to 2 November.

New Zealand have won the past two tournaments and beat Australia in the 2015 final at Twickenham.

"The Rugby World Cup 2019 is a key moment in this year's sporting calendar," said head of BBC radio and digital sport Ben Gallop.

World Rugby chairman Sir Bill Beaumont added: "World Rugby is excited about the appointment of the BBC as the rights-holding radio broadcaster for Rugby World Cup 2019 in Japan, which promises to be a very special and game-changing celebration of rugby."

The BBC Sport website and app will have live text and radio commentary of the World Cup.

The 20-team tournament will be played in 12 cities across Japan.