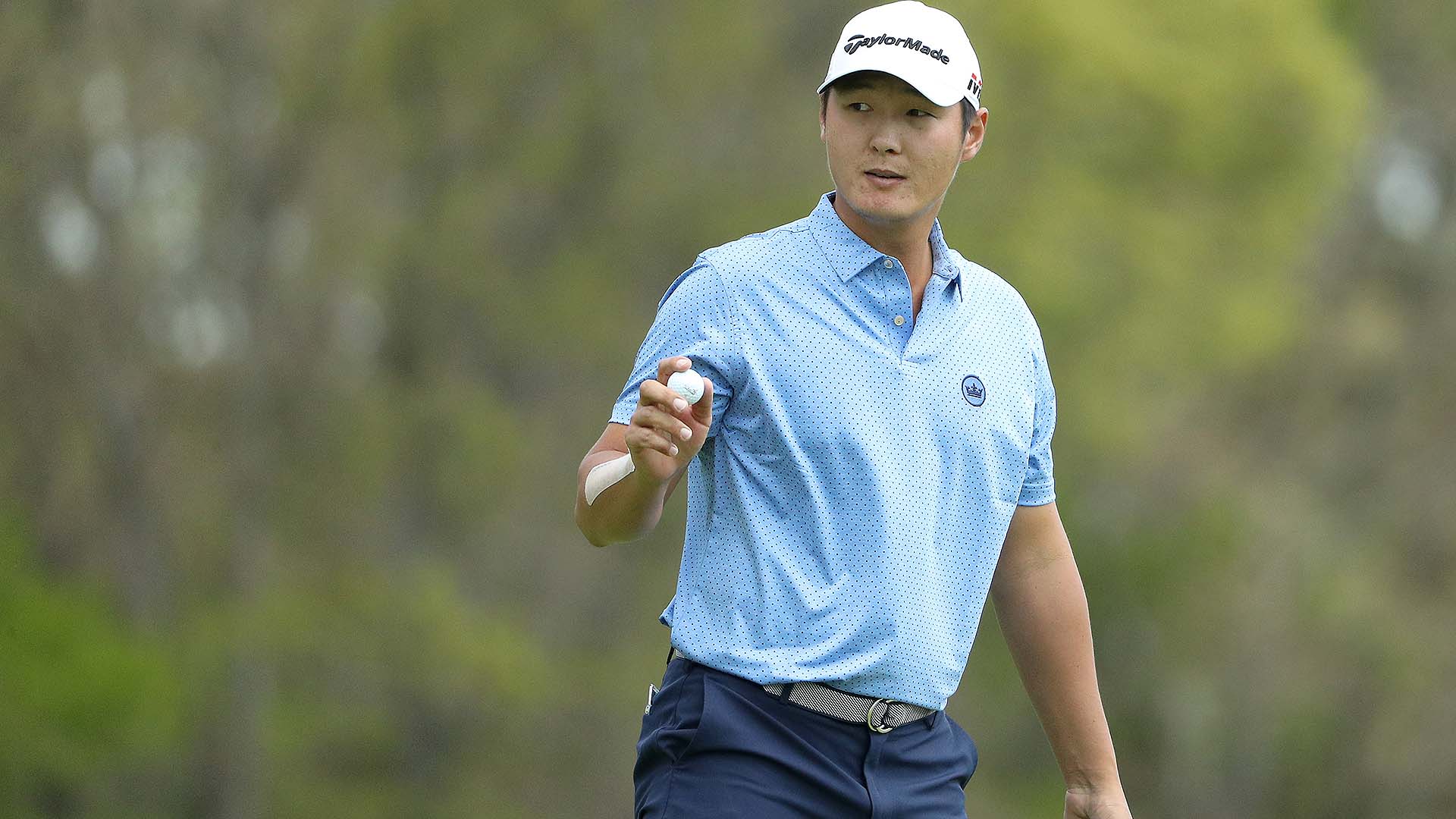 FARMINGDALE, N.Y. – It’s no secret Bethpage Black is a big golf course that rewards the game’s longest hitters – it’s only been mentioned this week about a million times – but on Thursday Danny Lee proved there is room for the mid-length players to still compete.

Lee shot an eventful 64 to move into second place and a stroke behind leader Brooks Koepka thanks to what he said has been a dramatic increase in how far he hits the golf ball.

“I wasn't hitting it far enough to compete out here at the major championships, PGA Championship or U.S. Open,” Lee said. “But now I'm definitely hitting it further. [This] was actually the first time I actually got to play in a major with this distance. I'm actually interested in myself what I can do out there this week.”

To be clear, Lee is never going to be confused with one of the game’s bombers, like Koepka, and on Thursday his 289.3-yard average off the tee left him in the lower half of the field (91st). But his improved length off the tee is quantifiable.

The 28-year-old explained that his improved performance off the tee is the result of an intensified training program and his work with swing coach George Gankas.

“Just trying to turn more in the backswing and use the ground force a little bit more,” Lee explained. “I've always been trying to make my swing on the perfect plane every time, and he definitely broke that mindset of mine. Your club doesn't have to be traveling on your perfect path every time to hit the ball in the fairway, and that was a huge learning progress for me.”