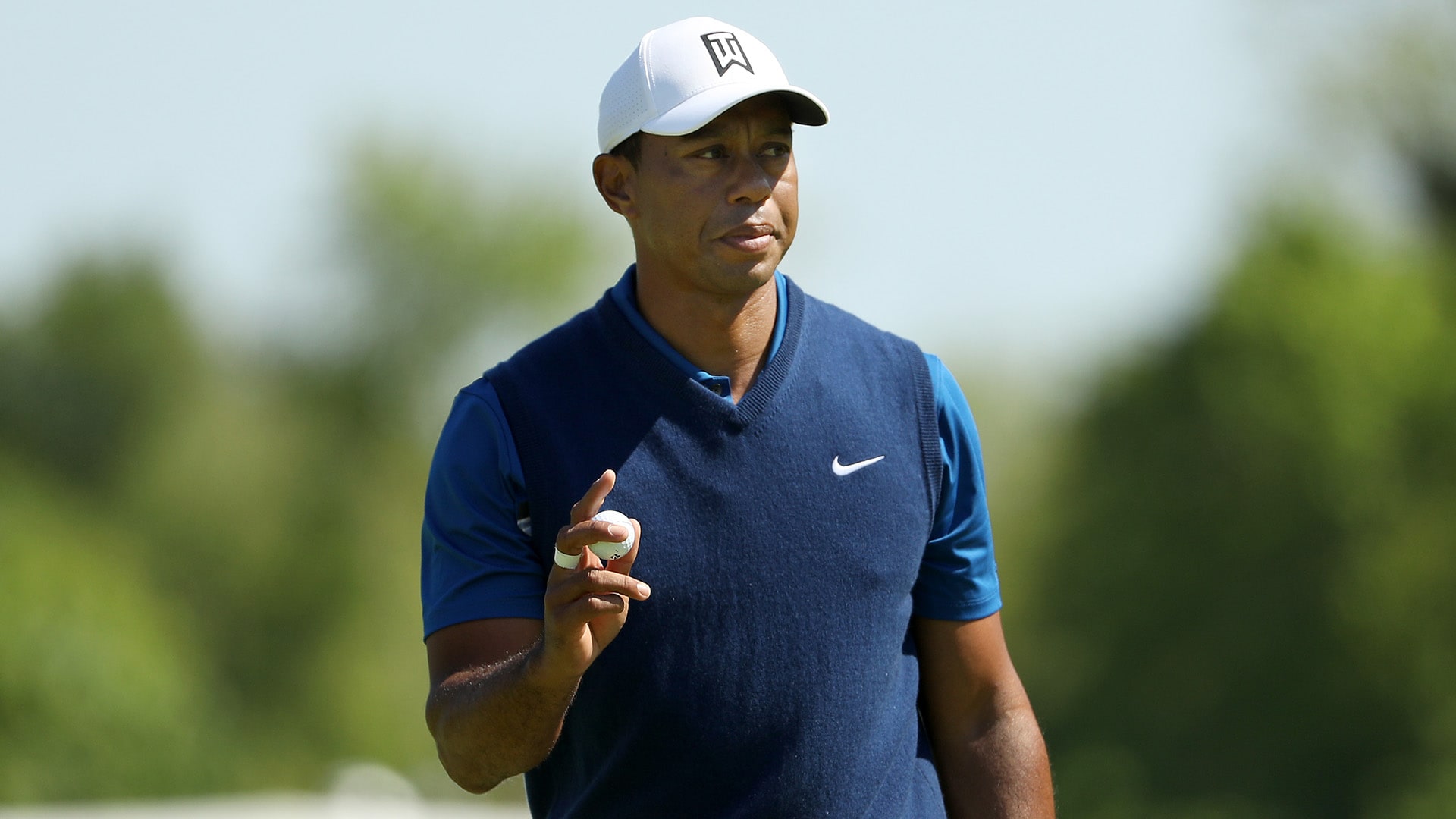 Bethpage Black wasn't too kind to many players Thursday morning in the opening round of the PGA Championship. ( Well, unless your name is Brooks Koepka.)

But Tiger Woods battled through two first-nine double bogeys to come alive on the second side. Though he struggled down the stretch, shooting 2-over 72, there were still several highlights.

Woods' first circle came at the par-4 14th hole, where he sank a 15-footer that got him to 1 over through six holes.

After turning in 3 over, Woods caught fire. He started his second nine with birdie on the par-4 first hole and then added another at the par-4 second to get back to 1 over.

He then jumped into red numbers with a huge 30-foot eagle make at the par-5 fourth hole.