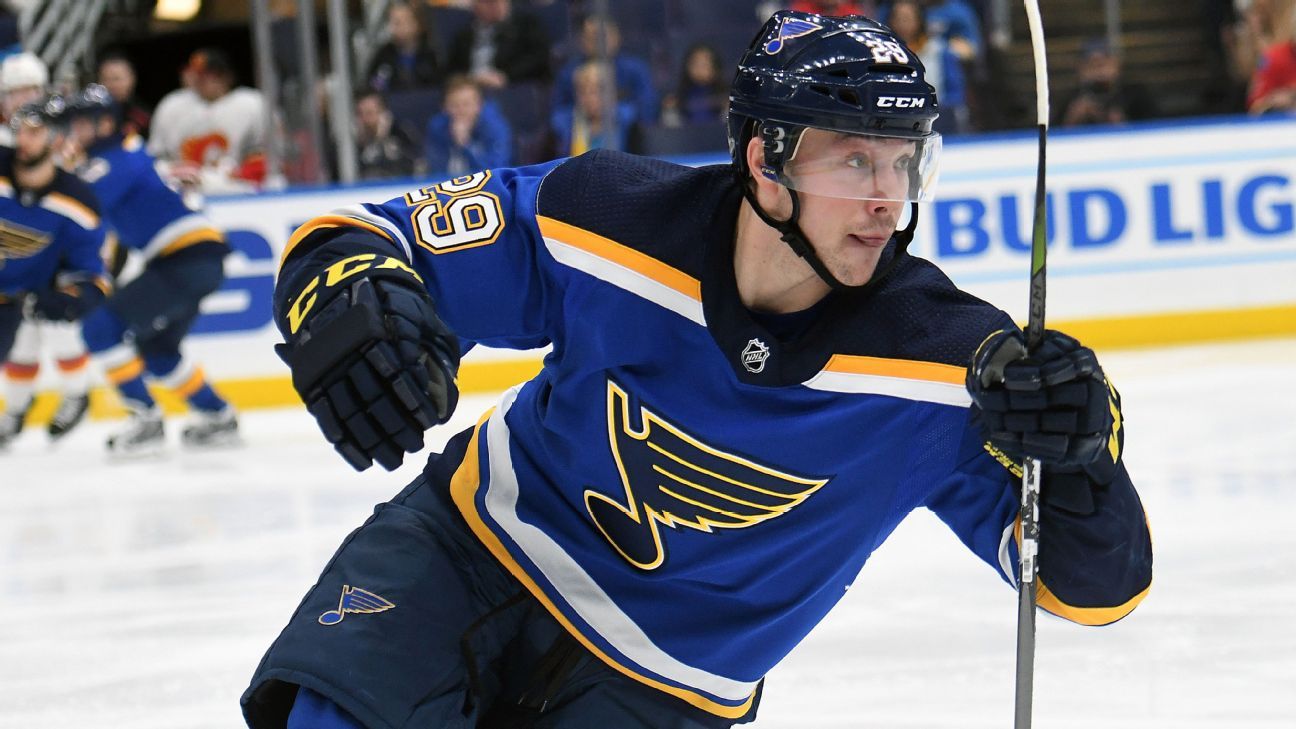 The Blues could be without defenseman Vince Dunn for Game 4 of their Western Conference finals series against the Sharks on Friday.

The team says the defenseman is day-to-day with an upper-body injury after he left in the first period of Wednesday's Game 3 when he was hit in the face by a Brenden Dillon shot. He didn't return to the game, a 5-4 Blues loss.

The 22-year-old Dunn had 12 goals and 23 assists during the regular season. He's added two goals and five assists in the playoffs.

"Obviously it's tough," St. Louis defenseman Colton Parayko said, according to NHL.com. "He's been dynamite for us all season and all playoff long. It's tough to see (Dunn) go down, but just us five, we continued to manage our time and we have quick shifts, short shifts and just play hard and continue to stay in the game that way."

Blues coach Craig Berube said Carl Gunnarsson is able to play if Dunn can't. Gunnarsson has been out since suffering a lower-body injury in Game 7 against the Dallas Stars in the last round.

The Sharks lead the best-of-seven series 2-1.