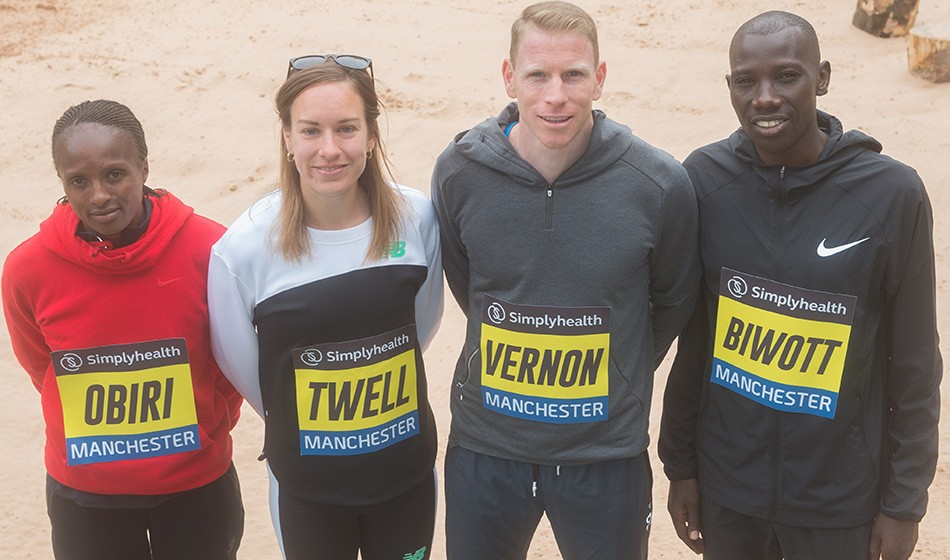 The Simplyhealth Great Manchester Run returns on Sunday, with a number of top elite athletes set to battle for titles ahead of the 30,000-strong mass race.

A healthy British contingent is headed by Steph Twell, who won the Brighton 10km in 31:58 last month, and she is joined by Mhairi Maclennan, Jenny Nesbitt and Aly Dixon, who was recently named part of Britain’s IAU 50km World Championships team for the event in Romania in September.

Ugandan world cross silver medallist Jacob Kiplimo is fastest in the men’s field with a personal best of 26:41, though he will be facing the likes of Ethiopian Lelisa Desisa, Boston Marathon runner-up this year, and Kenya’s 2015 New York marathon winner Stanley Biwott.

Mo Farah is not defending the title he won last year but the British presence will feature Nick Goolab, a man on form and the fastest Briton over 10km so far this year after breaking the course record with a run of 28:22 when winning in Brighton.

He will be joined by compatriots Emile Cairess, Ieuan Thomas and Dan Studley.

You can read more about ‘the big three’ of the Great Manchester Run, London Marathon and Great North Run in a special five-page spotlight feature included in the latest edition of AW magazine, which is available digitally here.