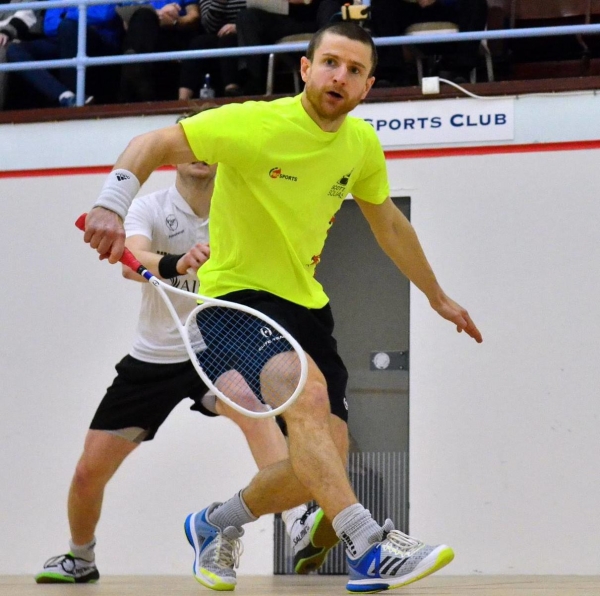 ALAN Clyne is chuckling quietly when he says that the Olympics have “gone hipster” but he undoubtedly has a point.

Where once the event shone a spotlight every four years on traditional sporting endeavour like weightlifters straining, gymnasts tumbling, and athletes striving to go faster, higher or stronger, in recent times there has been a move towards including more avant-garde disciplines that stretch the interpretation of sport to its very limits.

In a move to “remain relevant to sports fans of all generations” next year’s Summer Games in Japan will see surfing and skateboarding included for the first time, while last month it was announced that in Paris in 2024 there will be medals handed out to break dancers and climbers.

It has meant more frustration for traditional sports like squash that have again been overlooked. Clyne has been one of the leading figures in the Scottish game for more than a decade and has represented his country at three Commonwealth Games. Adding an Olympic appearance to that CV before the 32-year-old retires now looks increasingly unlikely.

“The campaign to get squash into the Olympics is something that has gone on throughout my entire career,” said Clyne. “We believe each time we have a good case to be included but always end up rejected.

“There was a lot of positivity ahead of London 2012 and then they decided not to add any new sports which was devastating. Since then, though, it feels like it’s moved further away. It doesn’t seem like it’s on the Olympics’ agenda to include squash.

“I felt that [getting rejected] was inevitable this time. I didn’t have as much positivity ahead of the decision as I maybe had a few years ago. They seem to be moving more towards younger, newer, more hipster sports.

“We feel that squash contains all the Olympic ideals as it’s tough physically and mentally, and played all around the world. But maybe that’s not what they’re going for at the moment.”

Not that squash was desperately craving IOC approval. At elite level, the game is thriving as seen at the recent PSA World Championships in Chicago where men and women equally shared a $1m prize pot. It leaves Clyne feeling positive about the future of the sport.

“I don’t think not being included in the Olympics is to the detriment of squash,” he added. “We’ve got a great sport and we’re building our tour nicely. We’re becoming more innov-ative with glass courts that you can put up anywhere and that’s helping build it as a spectator sport rather than just one that people play rather than watch.”

As well as Chicago, Clyne has played in New York and Pittsburgh already this year. All that globe-trotting would seem to require the patience of an understanding partner but Clyne has no problems on that front given his new wife is Olivia Blatchford, the 2017 US national champion.

“It’s lucky that my wife is a squash player too so she’s on the road a lot as well and we sometimes play in the same events which is great,” Clyne said. “At the moment she’s got the US nationals coming up so she’s focusing on that. So we’re in different countries but that’s just the nature of the job.

“I’m going to be based in Edinburgh ahead of the European Team Championships at the start of May which is always a big event for us. It’s going to be a busy few months.”

Clyne, the world No.49, isn’t neglecting the domestic game either. The Inverness-born player won the national championships for the ninth time this month, and will start among the favourites as the Springfield Scottish Squash Open returns to the calendar for the first time in 18 years on Wednesday thanks to the backing of a new sponsor.

“It’s great to have this event back as it’s one I’ve never played in,” he said. “The last time it was held at the Bell’s Sports Centre in Perth in 2001 I travelled down on a coach from Inverness to watch it. I remember [former world No.1] John White playing and that inspired me as someone starting out in the sport.

“It’s great to have it back on the calendar as it’s been a long time coming. Obviously these tourn-aments require prize money to make it a professional event and to attract players so it’s great that Springfield are supporting squash in Scotland and have enabled this event to take place.

“There will be players from all around the world involved, as well as a number of Scottish players who got wildcard spots. So it’s great that people can come to Oriam in Edinburgh to watch our local players taking on some of the world’s leading talents.

“In future I think they’d like to put up a glass court somewhere iconic in Scotland, although the weather might have an influence on that! But the future for the game in this country seems positive.”