Alex Hales 'should be allowed a second chance' - Chris Woakes 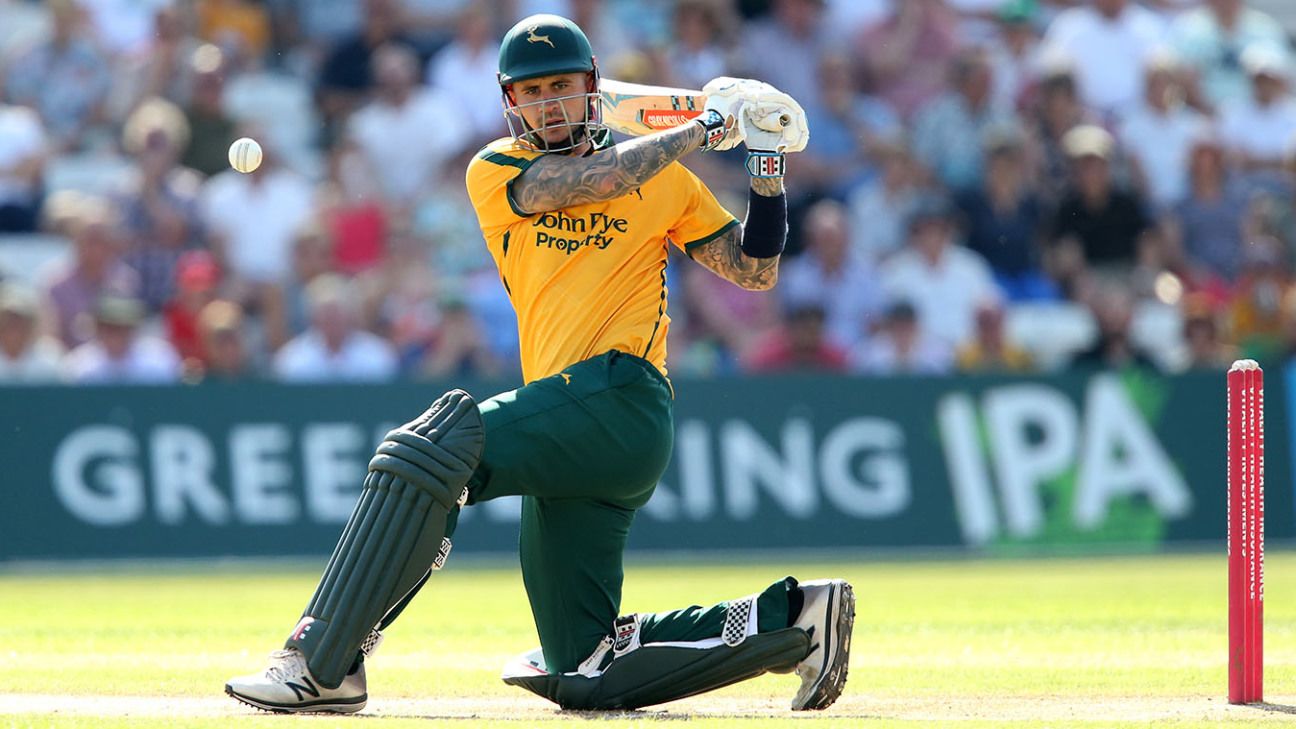 Chris Woakes believes that Alex Hales would be welcomed back into the England set-up this summer, assuming he has learnt his lessons following the drugs ban that caused his axing from last summer's World Cup squad.

Speaking in anticipation of next week's squad announcements, for which England are likely to choose up to 45 players to accommodate both red- and white-ball needs, Woakes acknowledged that Hales remains a "world-class player" despite not having been selected for England since March 2019, and admitted that a part of him felt sorry for his former team-mate, after missing out on what ought to have been the highlight of his career last summer.

The ultimate decision remains in the hands of the England white-ball captain, Eoin Morgan, who took a hard line on Hales in the immediate aftermath of his drugs ban, describing his actions as a "complete disregard" for the team's values.

And though Morgan conceded earlier this month that "the door is still open" for Hales to return to the white-ball set-up, he also put no timeframe on how long he would need to "regain that trust".

Nevertheless, Woakes' endorsement is significant seeing as he was one of the group of senior players - alongside Morgan, Joe Root, Jos Buttler, Ben Stokes and Moeen Ali - who initiated the removal of Hales from England's World Cup plans last May.

"I don't know 100 percent if it's the right decision, it's not my call," Woakes said. "[But] I'm a believer that people serve their time so to speak - he's gone through a tough time, being left out of the World Cup, and going on to see that team lift the trophy must have been difficult for him."

Though Hales has yet to make a public apology for his actions, which overshadowed England's final preparations for their most important campaign in a generation, he recently told the Daily Mail that he had matured as a character since his fall from grace, and hoped that the England management would find it in themselves to "forgive and forget".

ALSO READ: Is it now or never for Alex Hales' England recall?

Hales has certainly demonstrated a renewed focus with his on-field performances. In 22 innings for Sydney Thunder and Karachi Kings since December, he has amassed 815 runs at 42.89, including eight fifties, and believes he has been in the "form of his life". With back-to-back T20 World Cups looming - albeit October's event in Australia may be facing postponement - the statistical case for his England recall is self-evident.

And Woakes, who has played with and against Hales throughout their rise through age-group cricket, including two Under-19 Tests against New Zealand in 2008, said that he would be willing to take Hales' commitment to self-improvement at face value.

"I think if people have gone away for a time and worked on their weaknesses, they should be allowed a second chance," Woakes said. "Alex is a world-class player. I have played a lot of cricket with him from a young age actually. In a way I felt sorry for him but I understand the decision from the management, captain and rest of the team.

"I don't 100% know what will happen but I'd be happy to see Alex back in England colours. I would imagine the majority would have the kind of views I have given. People deserve a second chance, as long as they've gone away and worked on a few things. I don't know why anyone would see that any differently.

"We have a culture and an environment in the England squad that we all try and pull in the right direction. If Alex is willing to do that then I imagine everyone would be happy to see him back playing for England."