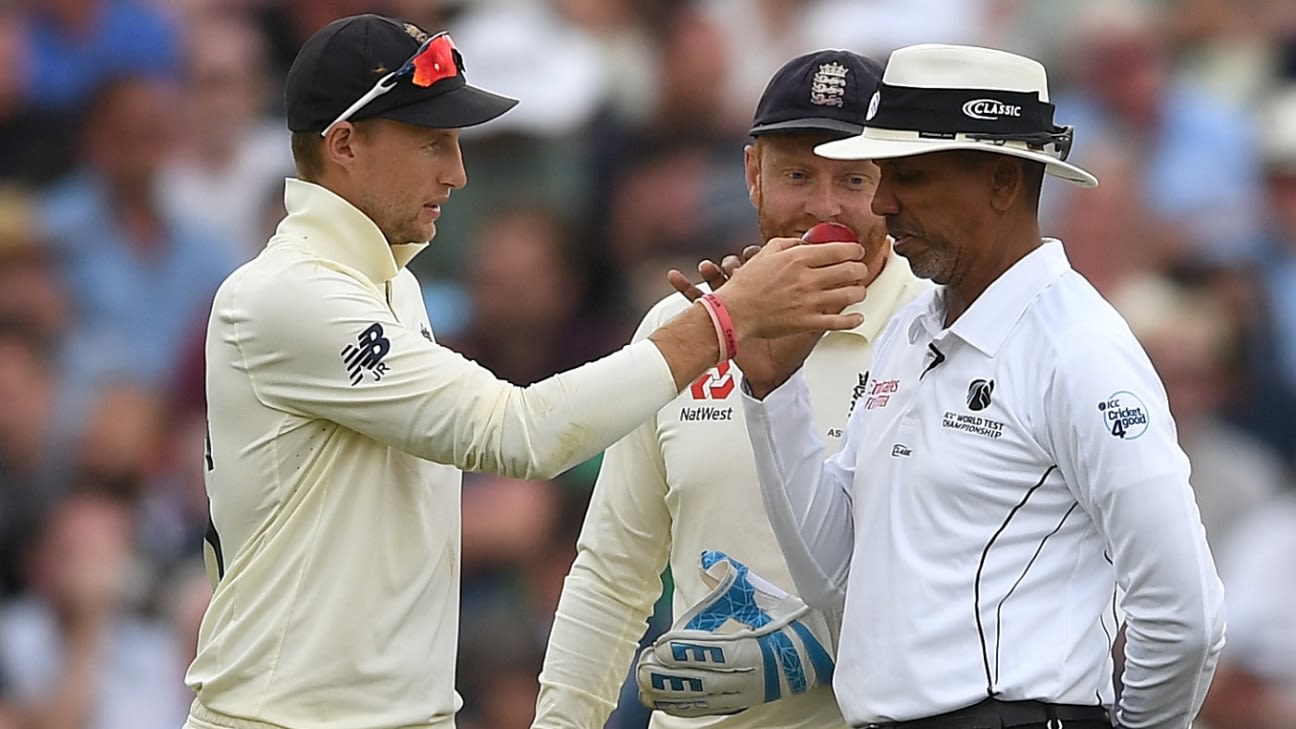 Players and umpires will need to keep to "social distancing" norms on and off the field. Players will not hand over personal items such as caps, sunglasses and sweaters to the umpires any more. Players should use a hand sanitiser regularly once they have had contact with the ball. Umpires should consider wearing gloves to handle the ball.

These are some of important dos listed by the ICC as guidelines for when international cricket resumes after being forced to halt in March due to the Covid-19 pandemic. On Friday, the ICC issued a document titled 'Guidelines on return to cricket' that encompasses international, domestic and community cricket. The ICC emphasised that these guidelines would need to work in synergy with government directives in individual countries on resumption of the sport.

Players and umpires - social distance at all times

"Players and umpires should maintain social distancing on the cricket field and that includes no handing over of player items (cap, towels, sunglasses, jumpers) to the umpire or teammates," the ICC said. "Consider adopting a process that will assist the bowler in managing his/her items. Umpires may also be encouraged to use gloves when handling the ball."

Social distancing, the ICC said would need to be followed even during training where players will need to keep a 1.5 metre (or what the government in the country recommends) distance between each other. Players have also been asked to come in training gear and told to use change rooms sparingly.

The ICC also said "celebrations with body contact" along with sharing drinks or drink bottles, towels and equipment could "pose a risk" and hence should be "strongly discouraged".

Ball, a 'potential' carrier of virus

The ICC also reiterated the recommendation of the ICC Cricket Committee that no saliva should be applied on the ball. The Committee this week recommended that only sweat should be applied to shine the ball and not saliva or any artificial substance. Despite cricket not being a contact sport, the ICC said there were "several risks".

The ball, the ICC said, "is a potential transmission medium" and there had to be "rules" governing the "management" of the ball. "Provide players with clear guidance on the safe management of the ball. This will include regular hand sanitising when in contact with the ball; do not touch eyes, nose, and mouth after making contact with the ball; saliva should not be used on the ball."

What if a player tests positive?

Although it did not expand on what would happen to an ongoing match in case a player, match official or support staff member was infected by the coronavirus, the ICC said everyone in the environment would need to be tested. "Cricket requires players to be in close proximity at times and involves the use of shared facilities. Therefore, should a team member or opponent develop any CV-19 symptoms or be found to develop an infection, participants will require isolation and testing as they are most likely to have been in close contact."

Saying that those over 60 years old were the most "vulnerable" to suffer due to the pandemic, the ICC singled out match officials - umpires and match referees - along with support staff members in that category. "Participants, in particular umpires, match referees and support staff may be considered vulnerable individuals that are at higher risk of severe illness due to CV-19. This includes older individuals (approx. 60+) and people of any age with underlying medical conditions such as cardiac, kidney, diabetes, obesity, weak innate immunity, etc. Cricket is officiated by umpires on the field of play and their health and well-being needs to be taken into full consideration as they spend the greatest amount of time in close proximity to players.