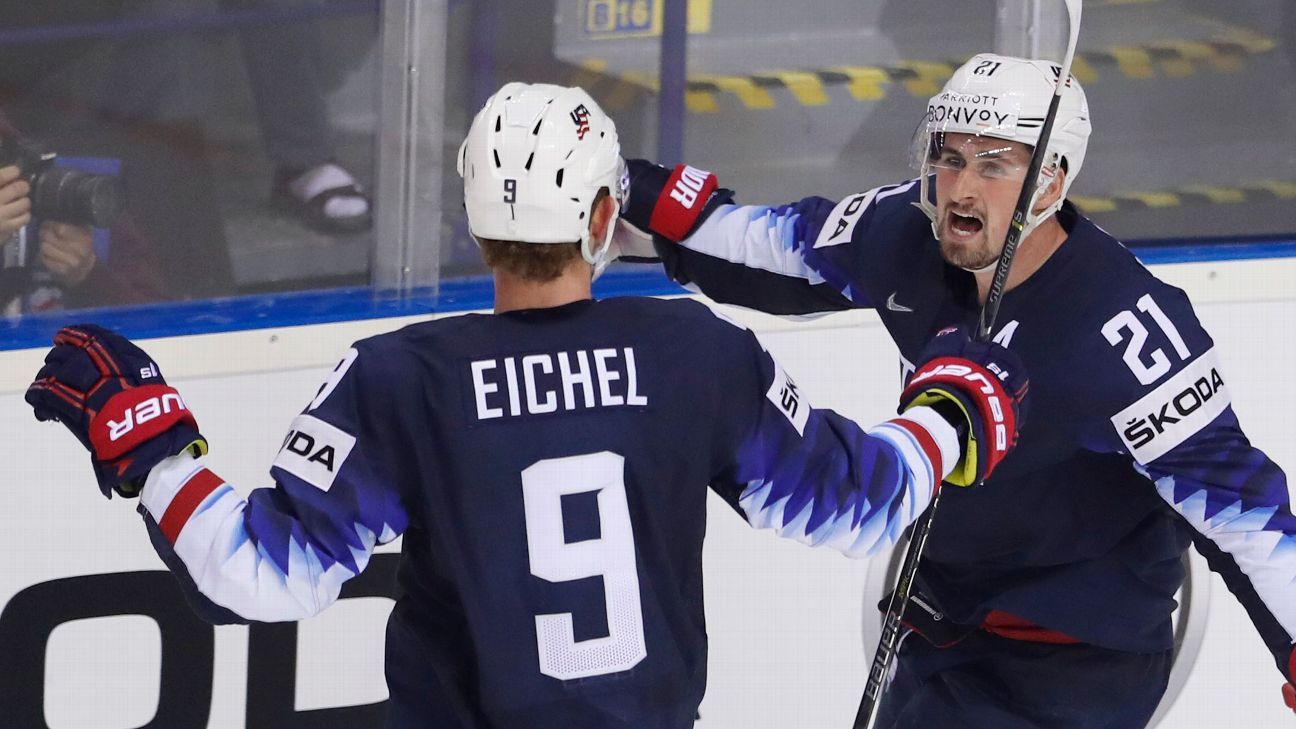 KOSICE, Slovakia -- Dylan Larkin scored a tiebreaking goal midway through the third period and the United States went on to beat Germany 3-1 Sunday at the world championships.

The win clinches a spot for the Americans in the quarterfinals ahead of a matchup with red-hot Canada on Tuesday in their final preliminary-round game.

Jack Eichel put the Americans ahead by two goals late in the third and Cory Schneider was strong in net, helping them win a fifth straight game in Group A since opening the tournament with a 4-1 loss to the host Slovaks.

Frederik Tiffels put the Germans ahead 1-0 midway through the first period and James van Riemsdyk pulled the Americans into a tie less than two minutes later.

Michael Frolik scored to help the Czech Republic beat winless Austria 8-0 in Bratislava in Group B.