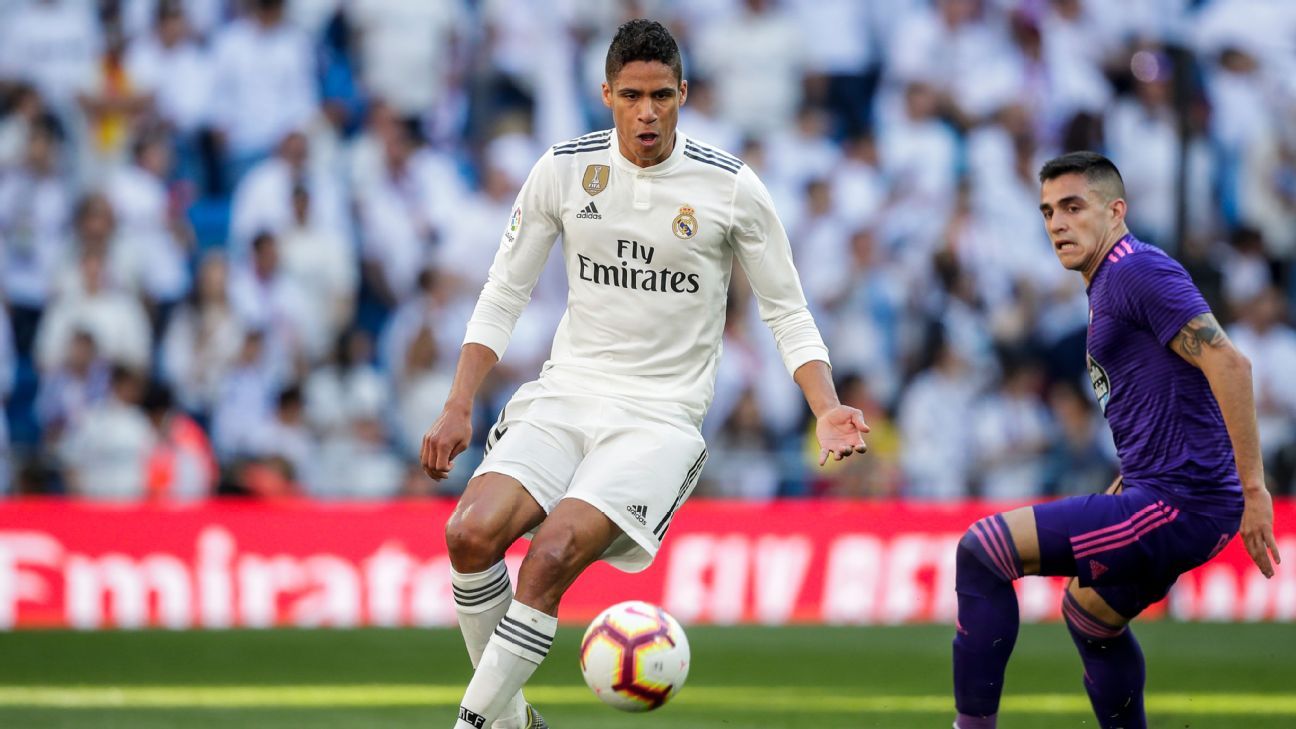 Raphael Varane will stay at Real Madrid amid reported interest from the likes of Manchester United, a source close to the player has confirmed to ESPN FC.

Sources told ESPN FC in April that the 2018 World Cup winner was seriously considering seeking a new challenge, which alerted clubs throughout Europe including United, Paris Saint-Germain and Bayern Munich.

However, a source now says the 26-year-old has resolved to stay with Los Blancos and help the team bounce back from a disappointing 2018-19 campaign.

Since returning to the Bernabeu bench in March, Madrid manager Zinedine Zidane has been clear that he wanted his fellow Frenchman to remain at the club -- and the pair have regularly discussed where Varane fits into the new project being planned by Zidane and club president Florentino Perez.

Varane also felt that leaving the Bernabeu after such a poor season was not something he could do, and is instead looking forward to a "new start" after the summer.

Monday saw the announcement of a contract extension for Madrid midfielder Toni Kroos, another player who was reportedly unsettled this season. However, the source said that no discussions had taken place about extending Varane's current deal which ends in 2022.

The former Lens youngster has always had a strong relationship with Zidane, who was instrumental in his arrival in the Spanish capital as an 18-year-old for just €10 million back in 2011.

Varane has won 16 trophies since, including two La Liga crowns and four Champions League titles, but saw his form slip this season.

Madrid have already added a new centre-back to their squad for next season, with 21-year-old Brazil international Eder Militao joining from Benfica for €50 million.

And with Varane now sure to stay, Madrid's transfer decision-makers will likely turn their attention to other areas of the team, with Eden Hazard, Paul Pogba, Luka Jovic, Christian Eriksen and Ferland Mendy among their many reported targets.