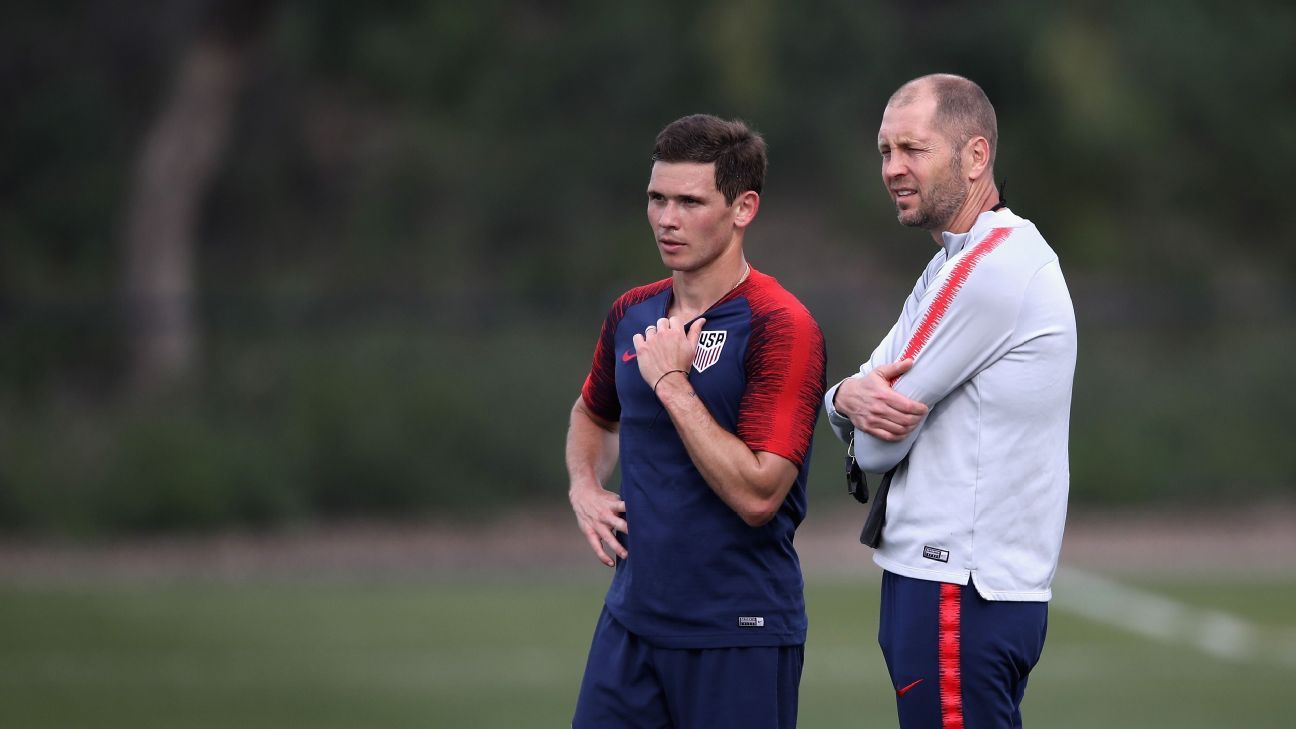 The United States men's national team has announced its training and roster plans ahead of this summer's Gold Cup.

U.S. manager Gregg Berhalter will hold a combined preparation camp in Annapolis, Maryland from May 26 until June 2. The initial contingent of 21 players will be comprised of available senior team performers on the Gold Cup provisional roster, players eligible for the U.S. under-23 team, as well as other select players.

The goal of the initial camp is to get those players unfamiliar with Berhalter's system up to speed, as well as maintain fitness after long club seasons.

Following the slate of MLS matches on the weekend of June 1, those players based in Europe and Major League Soccer who are on the Gold Cup provisional roster will join up with the team. This second group will contain the likes of Chelsea midfielder Christian Pulisic, Schalke midfielder Weston McKennie and Toronto FC midfielder Michael Bradley.

The complete list of players taking part in the training camp's second phase -- which will total around 26 players -- will be finalized on May 31, ahead of the June 5 friendly against Jamaica at Washington, D.C.'s Audi Field.

"Bringing together senior team players with several of the under-23 internationals gives us a fantastic opportunity to continue to instill our culture and style of play across the national team programs," Berhalter said.

"We expect it to be a very productive week, and then we look forward to bringing in our full group before the game against Jamaica as we narrow in on the final selections for the Gold Cup roster."

Once the second group arrives for camp, those players not on the Gold Cup provisional roster will depart, with the U23s slated to participate in their own training camp from June 10-16 in Salt Lake City.

The U.S. team's final 23-player roster for the Gold Cup must be submitted by midnight on the night of June 5. The U.S will play a second friendly against Venezuela on June 9 at Cincinnati's Nippert Stadium.

The U.S. team's group at the Gold Cup includes Guyana, Panama and Trinidad & Tobago. It begins on June 18 at Allianz Field in St. Paul, Minnesota.

Players eligible for the Gold Cup roster are bolded.

More in this category: « Ramsey has played last Arsenal match - Emery Sarri: I'd quit Chelsea if job rested on UEL final »
back to top