Sarri: I'd quit Chelsea if job rested on UEL final 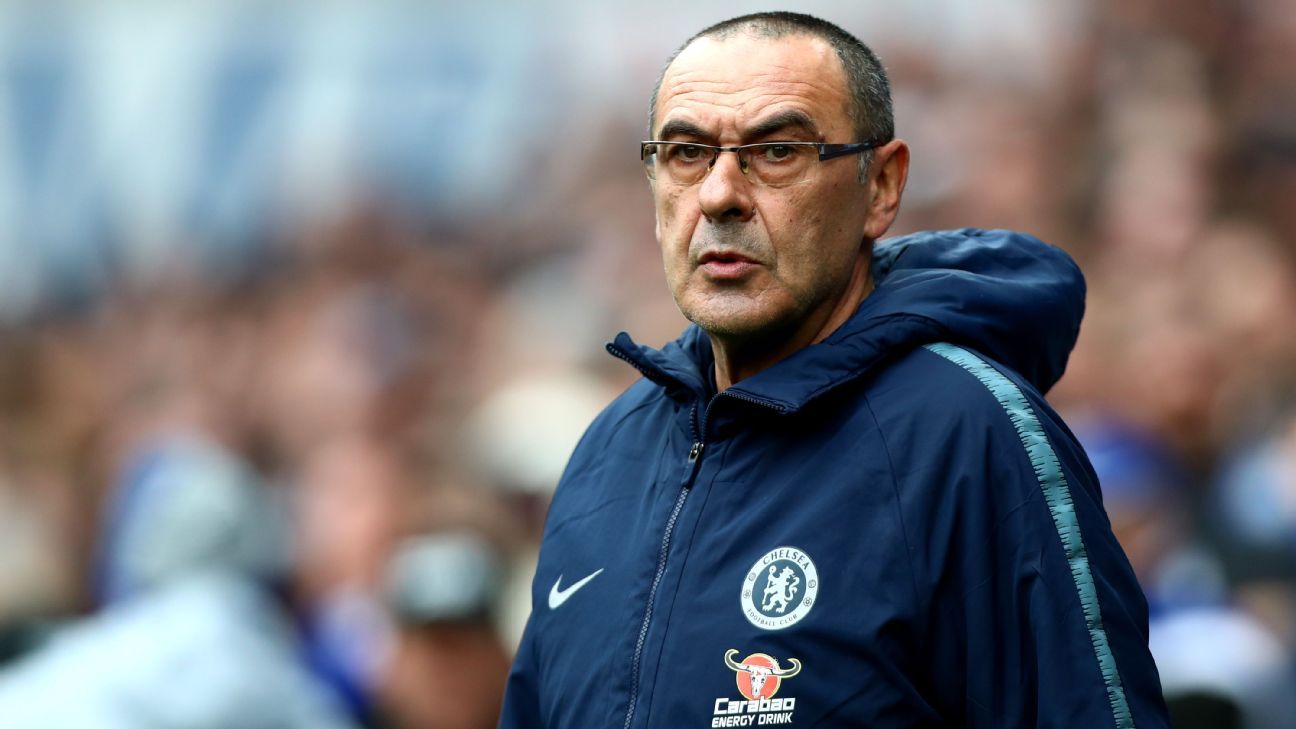 LONDON -- Maurizio Sarri has said he would rather quit Chelsea if the club base their decision on his future solely on the result of the Europa League final.

Chelsea take on Arsenal in Baku next Wednesday already assured of a place in next season's Champions League thanks to a third place finish in the Premier League, but Sarri's future at the club remains the subject of intense speculation.

- When is the Europa League final?
- Who qualifies for Europe from the Premier League?

Sources have told ESPN FC that Chelsea are not looking to sack Sarri even if he fails to secure a first major trophy of his coaching career,, and the Italian believes he should be judged on his first season as a whole.

Asked how he would feel if Chelsea decided to dismiss him for losing the Europa League final, Sarri replied: "If the situation is like this I want to go immediately.

"You cannot [do] 10 months of work, and then I have to play everything in 90 minutes? It's not right. It's not the right way. You're either happy about my work or you're not happy."

Sarri said he spoke to Chelsea owner Roman Abramovich after the club's friendly against New England Revolution last week, but "only for one minute" and solely regarding Ruben Loftus-Cheek, who ruptured his Achilles' tendon during the second half of the match.

Chelsea have set no firm timeframe for Loftus-Cheek's return, but Sarri said that the 23-year-old could return to training in four to six months.

"The injury is very similar to Callum's injury -- not the same, but really very similar," he said. "So the time for the recovery is almost the same."

Sarri batted away questions about reported interest from Juventus in appointing him as their new coach this summer, and would not be drawn on when -- or if -- he will sit down with the Chelsea hierarchy to discuss his future at the club.

"About the meeting, I don't know the date," he said. "If there will be a meeting, even.

Sarri said his focus remains solely on the Europa League final, and he conceded that Arsenal's need to triumph in order to qualify for next season's Champions League could make them more dangerous opponents.

"In this moment, we risk to have less motivation than the opponents, but probably they have more pressure on them than we do," Sarri said. "So there is a positive side and a negative side in both.

Chelsea may be without Loftus-Cheek in Baku, but Sarri has received a timely boost with N'Golo Kante's return to training this week as the France international steps up his recovery from a hamstring injury.

"He had a part of the training yesterday with the group, so we are optimistic," Sarri said of Kante. "I think he will be able to play the final."

More in this category: « Ramsey has played last Arsenal match - Emery Man City keep or dump: Who has a part in the future for Pep Guardiola's all-conquering side? »
back to top