Canada tops U.S. to wrap prelim round at worlds 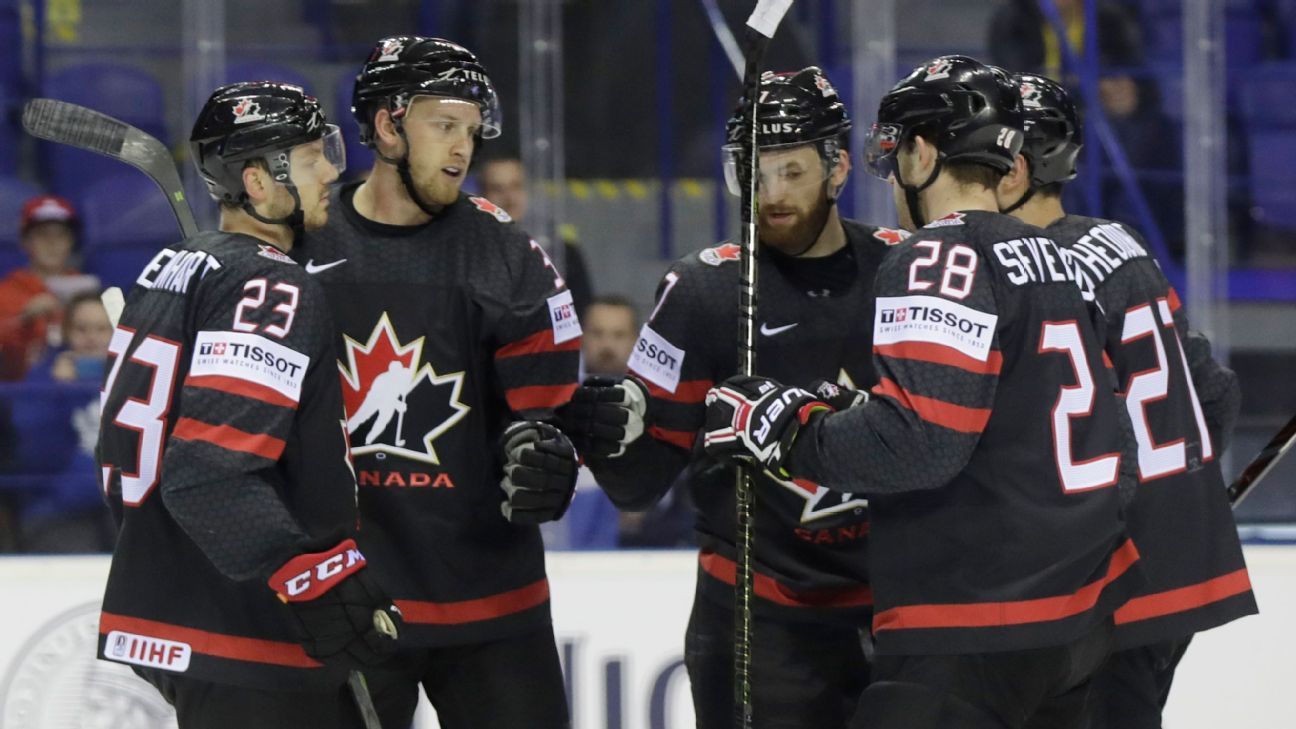 KOSICE, Slovakia -- Pierre-Luc Dubois scored early to back the shutout goaltending of Matt Murray, sending Canada past the United States 3-0 on Tuesday at the world hockey championship. Both teams already were assured quarterfinal berths and were competing for seeding.

Canada won Group A and will next play Switzerland. The Americans, who had five won straight, will face the high-scoring, undefeated Russians on Thursday. Finland will face Sweden, and the Czech Republic plays Germany in the round of eight.

Alex Ovechkin and Evgeni Malkin scored for Russia, which closed out its dominant play in Group B with a 7-3 win over Sweden. Earlier Tuesday, Leon Draisaitl scored tiebreaking and go-ahead goals late in the third period to lift Germany to a 4-2 win over Finland in Group A.

The Czech Republic closed the preliminary round with a 5-4 win over Switzerland in Bratislava in Group B, getting one goal and two assists each from Jakub Voracek and Dominik Simon.

In matchups of teams that won't advance, Latvia beat Norway 4-1 in Group B and the host Slovaks outlasted Denmark 2-1 in a shootout decided by penalty shots.