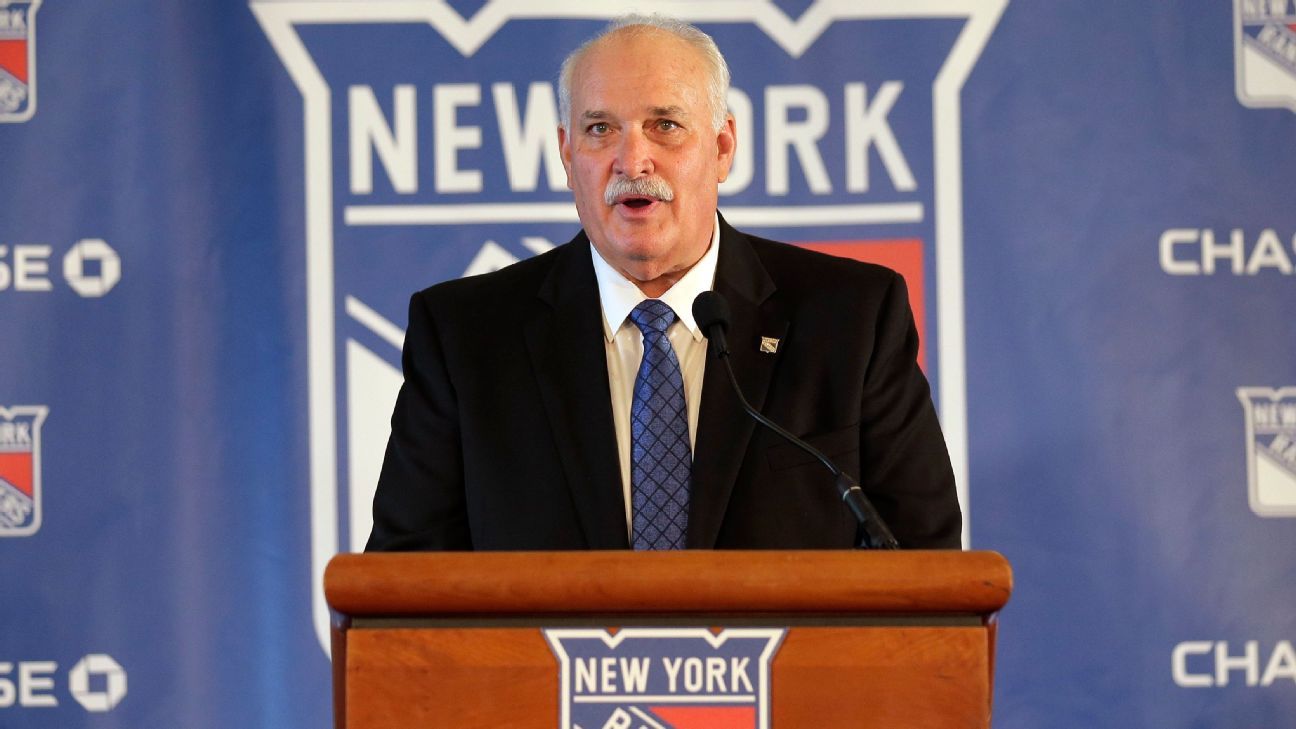 NEW YORK -- Behind the microphone for the last New York Rangers championship in 1994, John Davidson is now front and center to try to parade the Stanley Cup down Broadway again.

Davidson recalled 1994 as one of the best times of his life, and after moving from broadcasting to the front office with St. Louis and Columbus has returned home to oversee the Rangers' rebuilding process. The proud, big-spending Original Six franchise is in the midst of a rare youth movement, attempting to step back to make the leap from annual playoff team to perennial title contender.

General manager Jeff Gorton began that at the 2018 trade deadline and will remain in control of day-to-day operations. Davidson is now his boss as team president and wants to be the soul of the organization by charting the right course to return New York to prominence.

"There's a lot of work to be done here," Davidson said Wednesday when he was introduced as the 11th team president in franchise history. "There's no shortcuts. It's nothing but hard work, and it takes patience and resolve, and I really want to make sure that I use the word 'patience' and I use the word 'resolve,' because we're going to be in a battle here to get this club to be better. But you have to be patient when you go through a build like this."

Patience generally isn't part of the fabric of New York sports or the Rangers' MO. But Davidson said he is on the same page with owner James Dolan, president-turned-adviser Glen Sather, Gorton, and coach David Quinn on doing this right.

It helps that Davidson knows the Rangers inside out from parts of eight seasons as a goaltender and two decades as a broadcaster. This is a different challenge than the ones he undertook with the Blues and Blue Jackets, which seemed daunting at those times.

In some ways it's easier because Gorton already took the first few steps and Quinn established a standard for players as a good starting point.

"I like that the entire organization stated that they were going to rebuild," Davidson said. "There's no secrets to it. There's no, 'Well, we're going to do this, but don't tell anybody.' This is something that has been very transparent and that's a good way to go. There's a game plan in place. The foundation is being built."

Based on his success in building the foundation in St. Louis that has now become the basis for a Stanley Cup finalist, and ushering in an era of success in Columbus, Davidson looks like the perfect person to steer the Rangers' ship. Dolan said Davidson's "knowledge of the game, experience and passion for the Rangers made him the ideal choice."

Davidson isn't as "green" as he was when he took over the Blues in 2006, and the lessons Davidson learned from his first two front-office jobs should only help guide Gorton.

"I think it's going to be a huge benefit," Gorton said. "He's gone through it in two organizations. He's done everything in hockey. His experiences, just his even-keel way about him, it's going to be a great asset for us as we go through this process, there's no question about that."

The Rangers missed the playoffs the past two seasons and likely will again in 2019-20. But with the No. 2 draft pick and one of two potential stars -- Jack Hughes or Kaapo Kakko -- on the way, and youth and competitive balance so prominent in the NHL, Davidson isn't acting like this is a long-range rebuild.

"It can be done because of the youth that plays in this league now," Davidson said. "Obviously the sooner you win the better and that's the goal, but you have to do it the right way to get there."

Hockey Hall of Famer Brian Leetch, a key piece of that 1994 Rangers Stanley Cup team, believes Davidson has accumulated the right credentials in his previous two jobs to deliver another championship to New York.

"He's made the transition each step along the way," Leetch said. "He's admitted that each one wasn't seamless: You had to learn, you had to ask others for help. And each one he's made that transition and risen to the top at each level. To expect anything different would be wrong. I just think all those things together, and then the strong feelings that he has for New York City and the Rangers organization, just makes him the perfect fit at the right time."