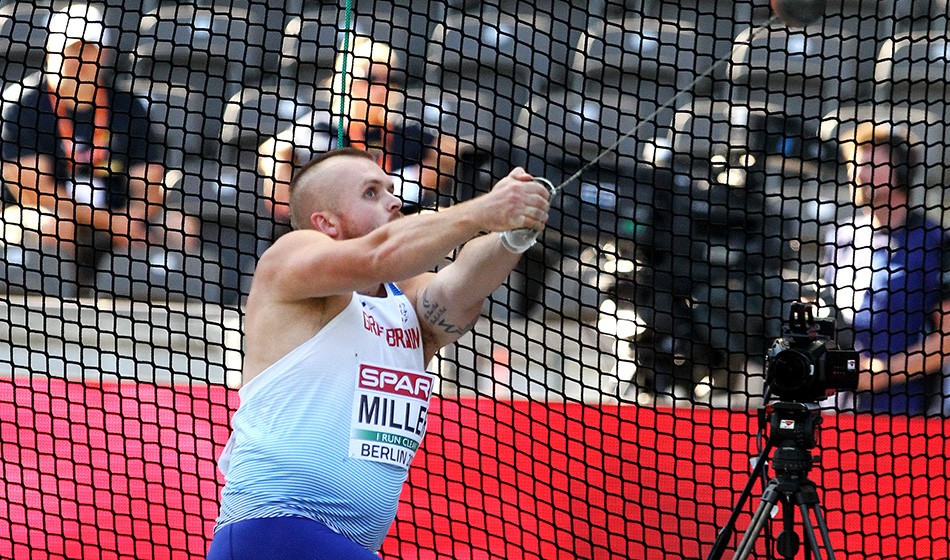 Commonwealth hammer champion Nick Miller and British indoor shot put champion Sophie McKinna are among the British athletes to have been selected for the Halle Throws International.

Miller opened his season with victory at the IAAF Hammer Throw Challenge in Brazil last month and is one of five British throwers chosen to return to Halle for the second year running, having finished third in 2018.

McKinna will once again take to the shot put circle in Germany after a great start to 2019 that has seen her hit the qualification standard for the IAAF World Championships in Doha later this year. She has fond memories of Halle, setting a still-standing British junior record there in 2013.

Taylor Campbell makes the step up to the senior competition after finishing third in the under-23 hammer event last year while Welsh athletes James Tomlinson in the discus and Sarah Omoregie in the shot put both return for the under-20 competition.

Omoregie’s selection comes after she achieved the qualifying standard for the European U20 Championships with a personal best of 15.37m at the Loughborough International.

Javelin thrower Harry Hughes was also in career best form at the Loughborough International, becoming the first Brit to throw over 80m in seven years with his 80.32m personal best, and he earns selection for the under-23 event in Halle.

Reigning indoor and outdoor British shot put champion Scott Lincoln and discus thrower George Armstrong, who broke the 60m barrier for the first time in his career last month, will compete as a senior and under-23 respectively and complete a quartet of British men.

Charlotte Payne and Charlotte Williams have both been chosen for the under-20 hammer competition having achieved the European U20 Championships qualifying standard this year. Payne will make her British debut in Halle.

“It is a pleasure that each and every year we are able to take a team to such a highly-rated and world-renowned event in Halle,” said Peter Stanley, head of field and combined events at British Athletics.

“We have once again selected a strong team of British throwers, many of whom have started the season in career best form.

“Halle is a perfect opportunity for both senior and age-group athletes to test themselves against the best in the world as an important year for all involved continues.”