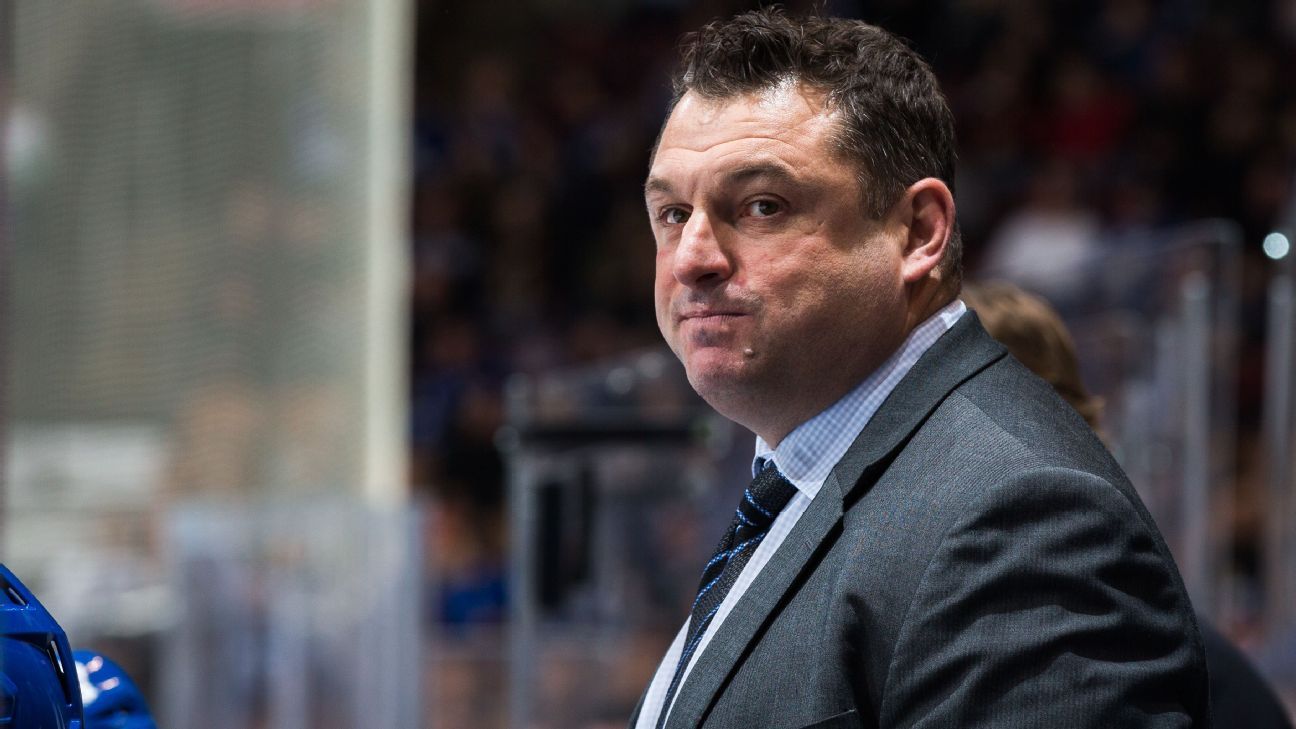 The Ottawa Senators named D.J. Smith the team's new coach on Thursday. Smith, who is the 14th coach in the franchise's history, has been an assistant coach with the Toronto Maple Leafs the past four seasons.

He replaces Guy Boucher, who was fired on March 1 amid a six-game losing streak and with the team's record at 22-37-5. The Senators also had traded their top three scorers at the trade deadline -- sending Matt Duchene and Ryan Dzingel to the Columbus Blue Jackets and Mark Stone to the Vegas Golden Knights.

"D.J. Smith is a winner. We believe he is the best person to drive the development and success of the Ottawa Senators," Senators general manager Pierre Dorion said in a statement. "D.J is a great communicator and an exceptional strategist. His passionate approach, coupled with his ability to teach the game, is exactly what we were looking for throughout the process. We're thrilled to welcome D.J. and his family to Ottawa." In the 2017-18 NHLPA players' poll, players were asked which current NHL assistant would make the best head coach. Smith received 8.3 percent of votes, most of any assistant.

Smith, an Ottawa native, coached the OHL's Oshawa Generals for three years before joining the Maple Leafs. He was named the OHL coach of the year in 2013-14 and won a Memorial Cup title in 2015.

The Senators interviewed several veteran coaches for the job, including Jacques Martin and Patrick Roy.

At 42, Smith is the second-youngest coach in the NHL. Only Chicago's Jeremy Colliton, 34, is younger.