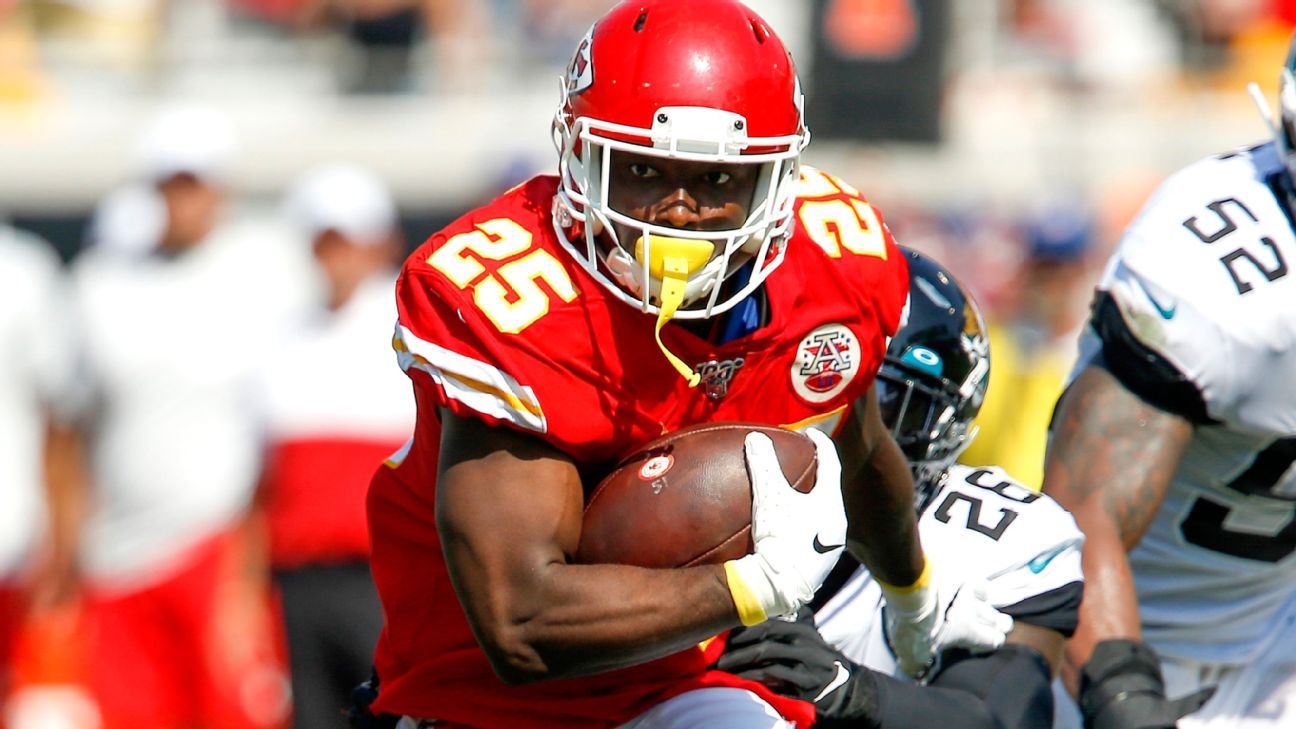 The addition of McCoy will push Ronald Jones, who took over duties on first and second down for the Bucs last season but struggled at times in pass protection and isn't a natural pass-catcher. McCoy also will push Dare Ogunbowale for the third-down spot.

The Bucs needed a running back who could contribute in the passing game, and McCoy has done that in previous stops. Rookie running back Ke'Shawn Vaughn was expected to help in this area, but he was placed on the reserve/COVID-19 list this week.

In April, McCoy told SiriusXM NFL Radio that he's not ready to retire and hoped to play two more seasons.

McCoy, 32, was reunited with coach Andy Reid shortly before the start of last season after signing a one-year contract with the Kansas City Chiefs following his release by the Buffalo Bills.

He got off to a strong start with 81 rushing yards in Week 1, but that would be his best effort of the season, as he finished with 465 yards and four touchdowns on 101 carries. He also caught 28 passes for 181 yards and another score.

The six-time Pro Bowler and two-time All-Pro continued to play a significant role through the midseason, but McCoy fell out of favor with the coaching staff after fumbles in narrow losses to the Colts and Packers. His playing time dwindled as the season went on, and he was inactive for the AFC Championship Game and Super Bowl LIV.

He finished the 2019 season ranked third among active players with 11,071 career rushing yards, behind only Frank Gore and Adrian Peterson. He won the league's rushing title in 2013 with 1,607 yards while with the Philadelphia Eagles, and he led the NFL with 17 rushing touchdowns in 2011.

McCoy played under Reid with the Eagles for the first four seasons of his career, rushing for 3,866 yards from 2009 to 2012.

In December, McCoy reached a settlement with former girlfriend Delicia Cordon in a lawsuit that accused him of failing to protect her from a violent July 2018 home invasion at a home he owns in Milton, Georgia, just outside Atlanta. Cordon was beaten and bloodied, and $133,000 worth of jewelry was stolen from the home.

Cordon later amended the suit, saying that McCoy physically abused her and orchestrated the attack. McCoy vehemently denied the allegations.

ESPN's Jenna Laine and Adam Teicher contributed to this report.