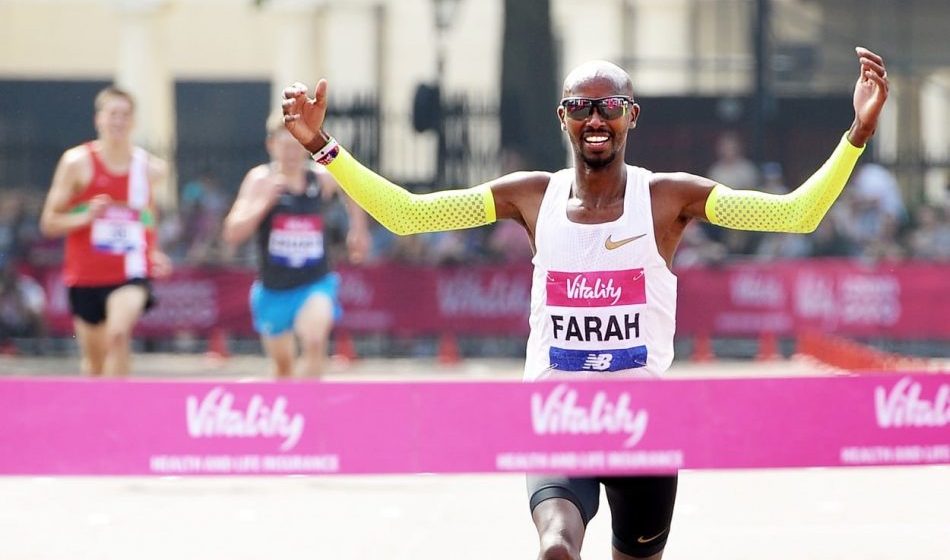 Some strong fields are set to battle for 10km and mile glory over the bank holiday weekend as Vitality Westminster Mile and Vitality London 10,000 action returns to the UK capital.

In Monday’s 10km, Mo Farah will defend his title as he seeks a sixth win in a line-up loaded with top British talent.

It is a decade since Farah first claimed London 10,000 victory and the four-time Olympic champion, back in the capital after finishing fifth in last month’s Virgin Money London Marathon, will be expected to celebrate success again on The Mall as he did in 2009, 2010, 2012, 2013 and 2018.

“The course is spectacular and the London crowds are fantastic, lining the streets and cheering everyone the whole way round. I’m looking forward to it.”

Another former winner in action will be Andrew Butchart, who continued his return to top form after injury by running a World Championships 5000m qualifying time at the Payton Jordan Invitational earlier this month.

Farah and Butchart are two of nine athletes in the field who have run sub-29 minutes for 10km, with Nick Goolab – the fastest man over the distance in the UK this year with 28:22 – joining them along with Luke Traynor, Andy Vernon, Ben Connor, Jack Gray, Phil Sesemann and Andrew Heyes.

Goolab is clearly in great form, having also recently won the Ipswich Twilight 5km in a PB of 13:34.

Steph Twell returns to the event to defend her women’s 10km title and since her her marathon debut of 2:30:14 in December, she has gone on to win the Reading Half Marathon and then set a 10km PB of 31:58 in Brighton.

Two other former winners will join her – 2016 victor Lily Partridge and Gemma Steel, who won in 2014.

British 10,000m track champion Charlotte Arter will be looking to challenge, having set a Welsh half-marathon record of 69:41 in Barcelona in February.

Johnboy Smith and Shelly Woods are among those contesting the wheelchair races, following their wins last weekend at the Great Manchester Run.

In the Westminster Mile, Laura Muir headlines the elite women’s field as the British 1500m record-holder races for the first time since successfully defending her two European indoor titles in Glasgow.

Britain’s second fastest ever miler on the roads was within half a second of Zola Budd’s then UK record when she clocked 4:18.03 in New York in 2016. Laura Weightman has since improved the British road best, running 4:17.6 in 2017.

“I’m really excited. It was 2013 that I last competed there (at the Westminster Mile) and I remember it really clearly,” says the 26-year-old, who clocked 4:46 then to place eighth in a race won by Hannah England in 4:31.

“For a race that was six years ago, I remember it really well. It’s so iconic, running on that course and finishing next to Buckingham Palace.”

Also among the favourites will be defending champion Melissa Courtney and European indoor 800m champion Shelayna Oskan-Clarke, plus Sarah McDonald and Adelle Tracey, the winners in 2016 and 2017 respectively.

The wheelchair races feature Smith and Woods, plus Simon Lawson and Mel Nicholls.