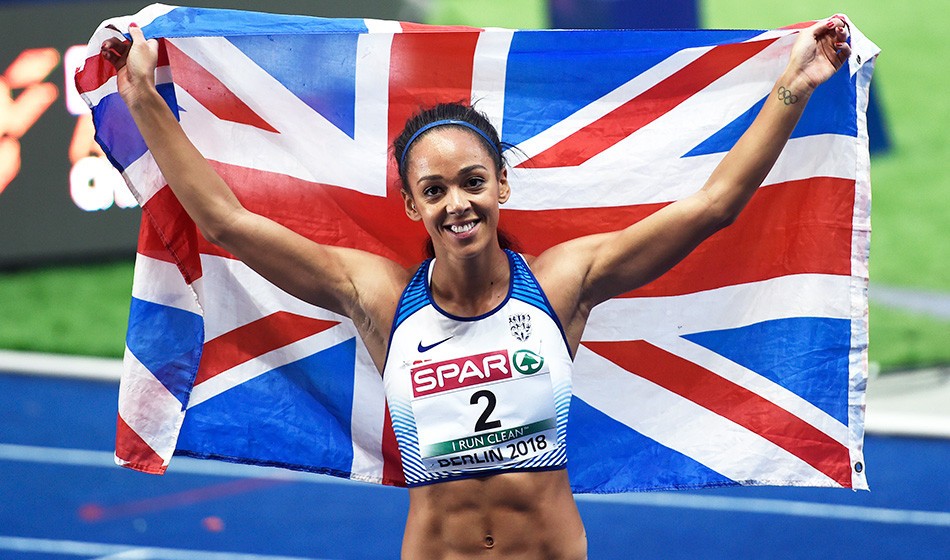 Katarina Johnson-Thompson will start as favourite when she returns to heptathlon action this weekend (May 25-26) at the Götzis Hypomeeting, the most prestigious non-championship combined events meeting on the calendar.

The Commonwealth champion won in Götzis in 2014 and in the absence of world and Olympic champion Nafi Thiam, who is set to start her season at the Decastar meeting, will be hoping for a good multi-events opener this summer.

The 26-year-old, who claimed the world indoor pentathlon title last year, placed sixth in Götzis in 2016 and finished fourth the following year in one of the greatest ever heptathlon competitions as Thiam scored 7013 points to take the title ahead of Carolin Schäfer and Laura Ikauniece, who both surpassed 6800 points, and Johnson-Thompson, who set a PB of 6691 points.

The Briton went on to improve her heptathlon PB to 6759 points when securing European silver last year.

“When I come to Götzis, performances always go that extra level because of the atmosphere and how good the competition is,” Johnson-Thompson said in the pre-event press conference.

“I don’t really know what to expect points wise.

“I’m just happy to be here and hopefully the competitors will push me.”

Johnson-Thompson will be joined in the heptathlon by her fellow Briton Niamh Emerson, the world under-20 champion who will be looking for a step up at senior level following her European indoor silver medal behind Johnson-Thompson in March.

Emerson’s PB of 6253 points was set at the global under-20 competition last summer and she also claimed Commonwealth bronze behind Johnson-Thompson on the Gold Coast.

The Brits will face tough competition from Germany’s world silver and European bronze medallist Schäfer and Latvia’s 2015 world bronze medallist Ikauniece, who have both scored over 6800, plus 2014 world indoor champion Nadine Broersen of the Netherlands and American Erica Bougard, who was third in Götzis last year.

The Olympic and world medallist set his PB of 8795 points in Götzis last year.

World silver medallist Rico Freimuth will be hoping to bounce back from his disappointing 2018 when he left with a DNF from Götzis and ended his season early. Another German, Kai Kazmirek, plus Commonwealth champion Lindon Victor of Grenada could run him close.

Duckworth, who finished fifth at the European Championships in Berlin last summer, set his PB of 8336 points when claiming the NCAA title last year, with that mark placing him third behind Daley Thompson and Dean Macey on the British all-time decathlon list.

An entry list and timetable can be found here.