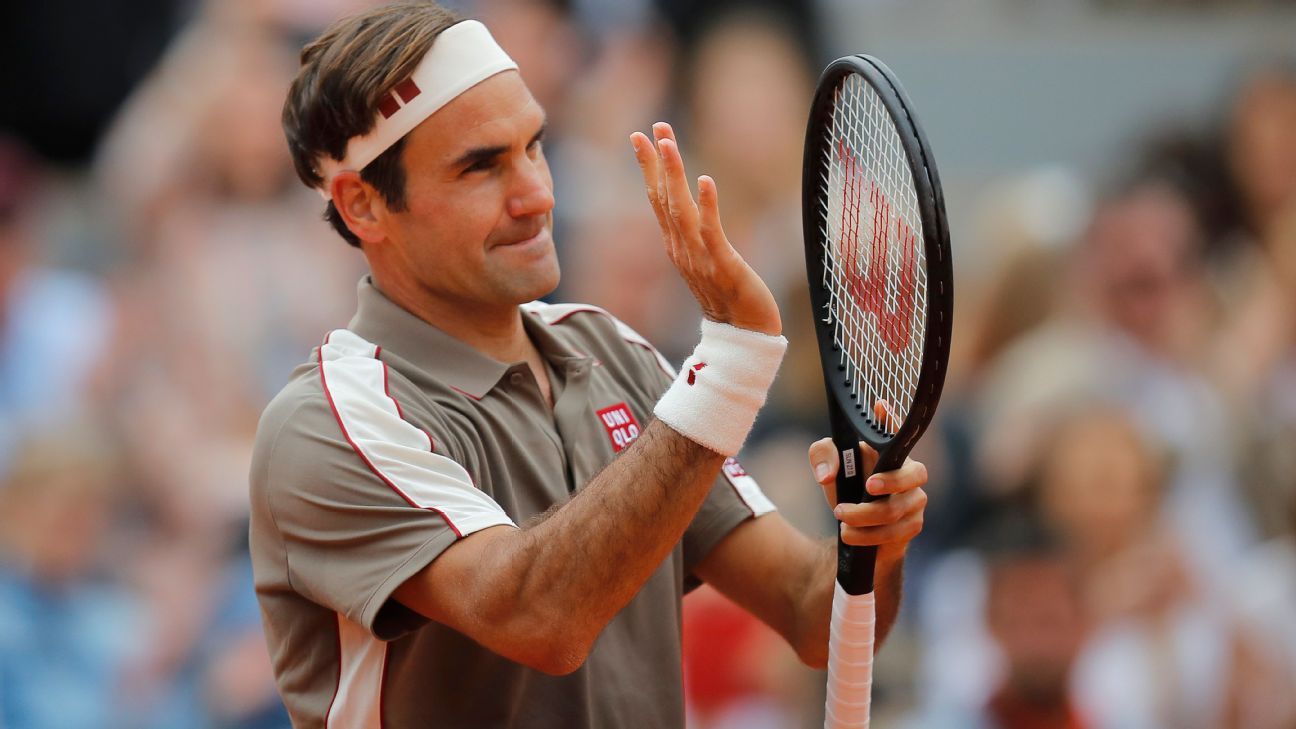 Playing his first match at Roland Garros since 2015, Roger Federer had no problem reaching the second round of the French Open.

Back on the refurbished Court Philippe Chatrier on the opening day of the clay-court event, the 20-time Grand Slam champion defeated French Open debutant Lorenzo Sonego 6-2, 6-4, 6-4.

Federer missed the French Open in 2016 because of a back injury and then skipped the event in 2017 and 2018 to focus on Wimbledon. He won the title in Paris 10 years ago to complete a career Grand Slam.

"I missed you; thanks very much for the welcome," Federer said to the crowd after concluding his match. "I was quite tense at the start."

In other news, French Open organizers said American player Sam Querrey has withdrawn from the tournament. Querrey, who was set to take on Spanish qualifier Pedro Martinez in the first round, has been replaced in the main draw by lucky loser Henri Laaksonen of Switzerland. A Wimbledon semifinalist in 2017, the 62nd-ranked Querrey cited an abdominal problem as the reason for his withdrawal

Canadian teenager Felix Auger-Aliassime also pulled out of the French Open because of an injury. Organizers said the No. 25-seeded player has pain in his left abductor muscle and will be replaced in the main draw by Spanish lucky loser Alejandro Davidovich Fokina. Auger-Aliassime is ranked a career-high 28th and reached the Lyon Open final this week.

Among other seeded players in action Sunday, No. 11-seeded Marin Cilic of Croatia defeated Thomas Fabbiano of Italy 6-3, 7-5, 6-1.

A year after upsetting Novak Djokovic in a stunning run to the semifinals, Marco Cecchinato is out after the first round.

It was the first men's match on the new Court Simonne Mathieu and Mahut seemed to thrive off the support from the home fans.