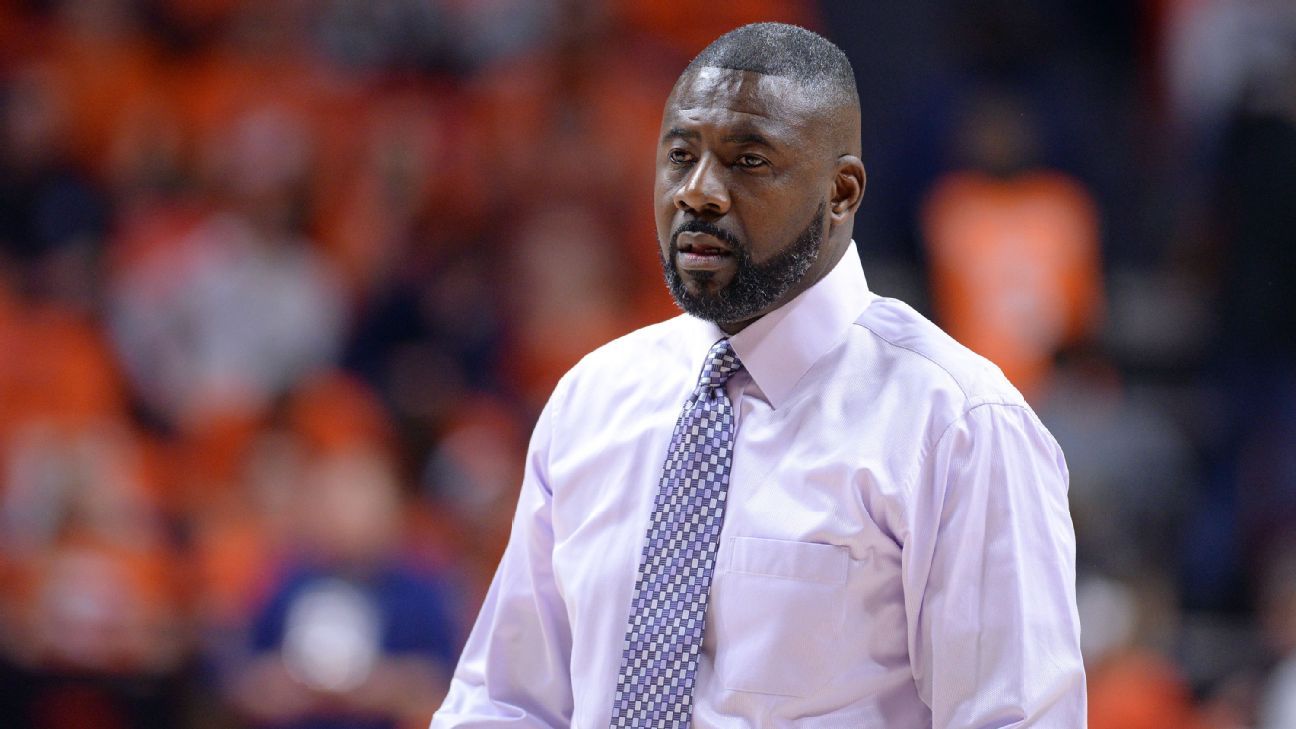 Wisconsin men's basketball assistant coach Howard Moore is recovering from injuries suffered in a car crash early Saturday that claimed the lives of his wife and daughter.

The school on Sunday released a statement confirming that Moore's wife, Jennifer, and daughter, Jaidyn, both were killed in the collision, which took place around 2 a.m. Saturday near Ann Arbor, Michigan, on State Route 14. Both Howard Moore, 46, and his 13-year-old son, Jerell, were injured but are expected to recover.

Michigan State Police tweeted Sunday that Jaidyn Moore died at the scene while Jennifer Moore was later taken off life support and died. Jaidyn was 9; Jennifer was 46.

Police said Samantha Winchester, of Ann Arbor, was driving west in the eastbound lanes of the highway when she struck the vehicle carrying Moore and his family. Winchester died at the scene. She was 23. Toxicology reports are pending, police said. The Moore family dog also died in the crash. Michigan State Police also tweeted that a third vehicle was involved in the crash.

"There are no words to describe how devastated we are for Howard and his family," Wisconsin coach Greg Gard said in a statement. "Our basketball program is an extremely close family and we are all grieving for the Moore and Barnes families. Howard is so much more than a colleague and coach. He and Jen and their children are dear friends to everyone they met. Their positivity and energy lift up those around them. We will miss Jen and Jaidyn dearly and we will put our arms around Howard and Jerell and the entire family, giving them love and support during this unspeakable time."

Gard and the other Wisconsin coaches traveled to Michigan to be with Moore on Saturday before returning to Madison, Wisconsin. Moore, who played at Wisconsin from 1990 to 1995, is in his second stint as an assistant coach with the team. The Chicago native rejoined Wisconsin in 2016 after serving as head coach at Illinois-Chicago from 2010 to 2015.

"I've known Howard ever since he was a student-athlete at Wisconsin and gotten to know his wonderful family through the years," athletic director Barry Alvarez said in a statement. "He has always been an incredible representative of our athletic department and a positive influence on everyone around him. We are truly heart-broken for his family and will be doing everything possible to help him through this tragic time. Our prayers, love and support go out to the Moore and Barnes family."

Thoughts and prayers are with the Moore family. Can't even imagine the pain they are going through. Please everyone take a moment and pray for Coach Moore and his family.

We send our love and support to Coach Moore and his family through this time...