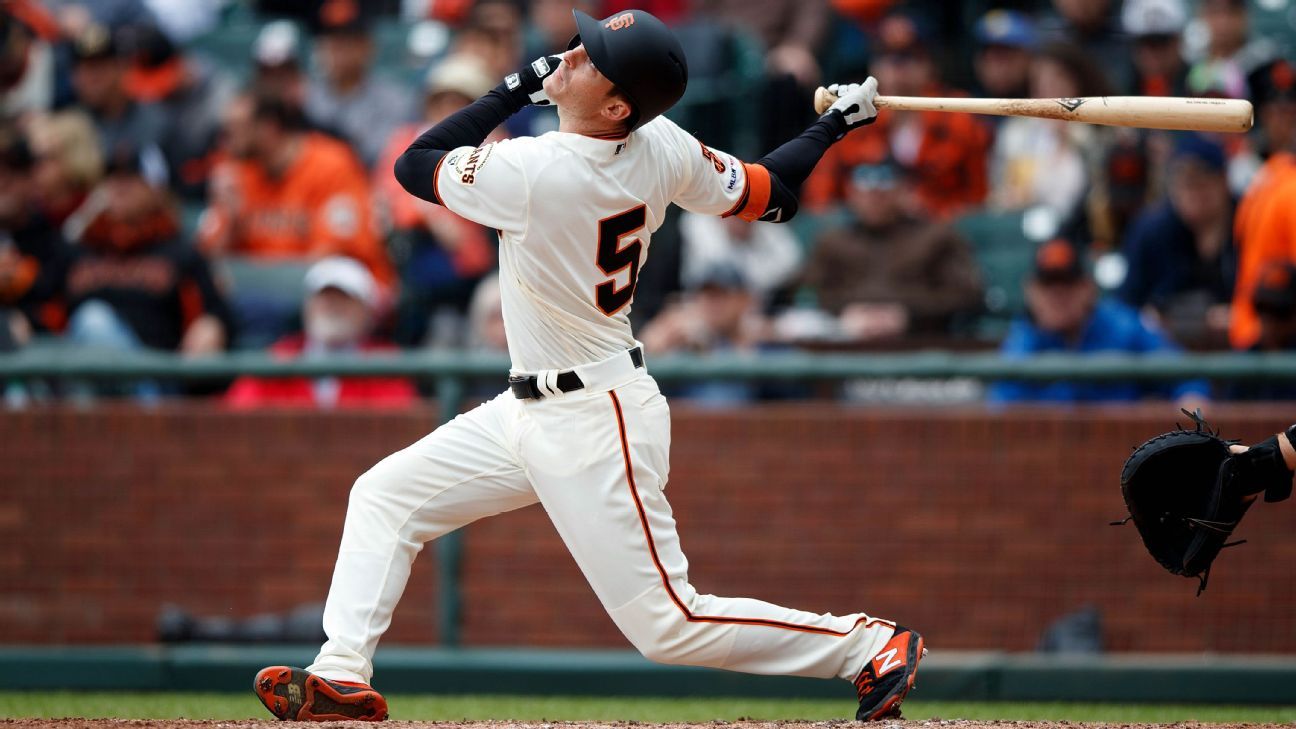 The San Francisco Giants rookie outfielder singled to left in the second inning Sunday against the Arizona Diamondbacks but was thrown out after rounding the base too far.

He made his major league debut on Saturday for the Giants after more than six years in the minor leagues. He went 0-for-3 with two strikeouts and a run scored in a 10-4 loss to the Diamondbacks.

He started in left field on both Saturday and Sunday.

Yastrzemski, 28, was traded to the Giants in March by the Baltimore Orioles, with whom he made his first big league spring training this year.