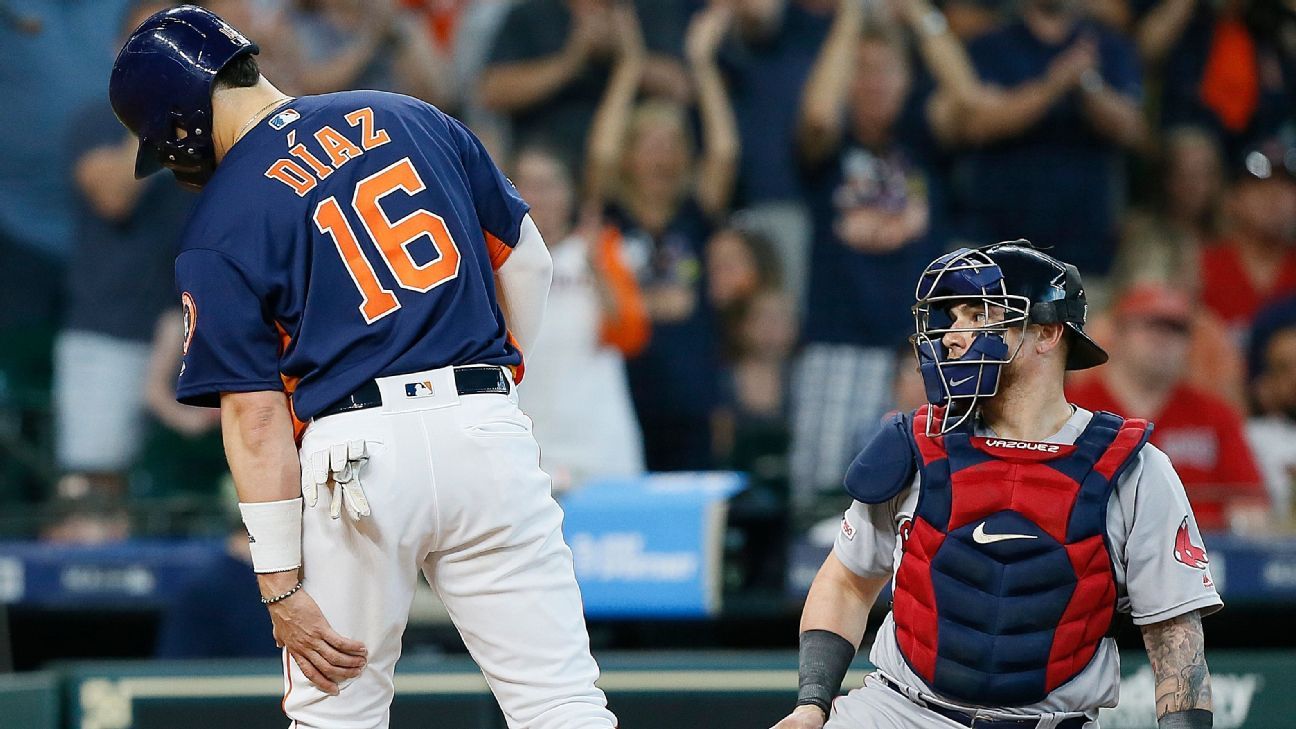 Diaz has been starting at second base with All-Star Jose Altuve sidelined with a hamstring injury.

Diaz exited the Astros' 4-1 loss to the Red Sox with left hamstring discomfort in the first inning after scoring from second on a single.

He is hitting .286 with five home runs and 22 RBIs in 31 games this season and has started 14 games at second base, six at first base and two apiece at shortstop, third base and left field.

Altuve, who was placed on the injured list on May 11, could be nearing a return as he was set to start a rehab assignment with Triple-A Round Rock on Sunday night.