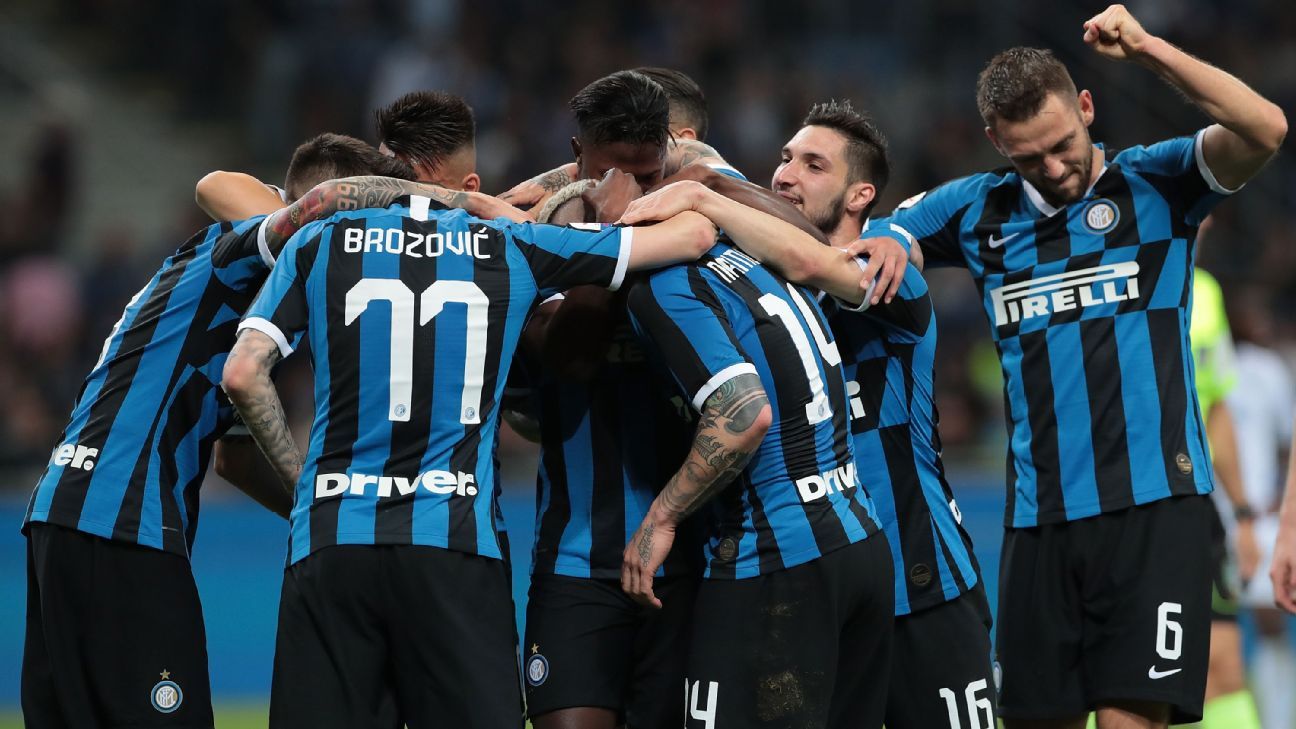 Atalanta and Inter Milan secured their spots in next season's Champions League group stage, earning wins in a wild last day of the Serie A campaign.

Atalanta locked up third place by defeating Sassuolo 3-1, while Inter hanged on to a 2-1 win over Empoli for fourth place.

- Who has qualifed all across Europe?

Atalanta finished with 69 points, ahead of Inter Milan on their head-to-head record. It is the first time that Atalanta have secured Champions League play in club history.

"The Champions League for Atalanta is a goal that has never been conquered during the club's history and comes to us in a very honourable way. In my opinion, we will do well," said Atalanta coach Gian Piero Gasperini. "The lads have been marvellous, extraordinary."

Inter needed a late goal from Radja Nainggolan to give them the win over a gallant Empoli, who were relegated.

"I expected a match like this," said Inter coach Luciano Spalletti, whose own future is still uncertain with media reports suggesting that the club want to replace him with former Juventus and Chelsea coach Antonio Conte.

"It was always going to be a night of suffering. We needed to put our hearts into this match and we did. I'm very unhappy to see Empoli in Serie B, I have a lot of friends there. They deserved to be saved. But we never gave up until the end."

Inter finish one point ahead of rivals AC Milan, who will settle for Europa League play despite a 3-2 win over SPAL.

Atalanta and Inter join league champions Juventus and runners-up Napoli in the Champions League next season.

AS Roma finish in sixth place and two points behind AC Milan, and will also compete in the Europa League. The Romans beat Parma 2-1 in captain Daniele De Rossi's farewell match.

More in this category: « Ramsey has played last Arsenal match - Emery Sir Alex: Bayern 'a great club' due to ex-players »
back to top