Sir Alex: Bayern 'a great club' due to ex-players 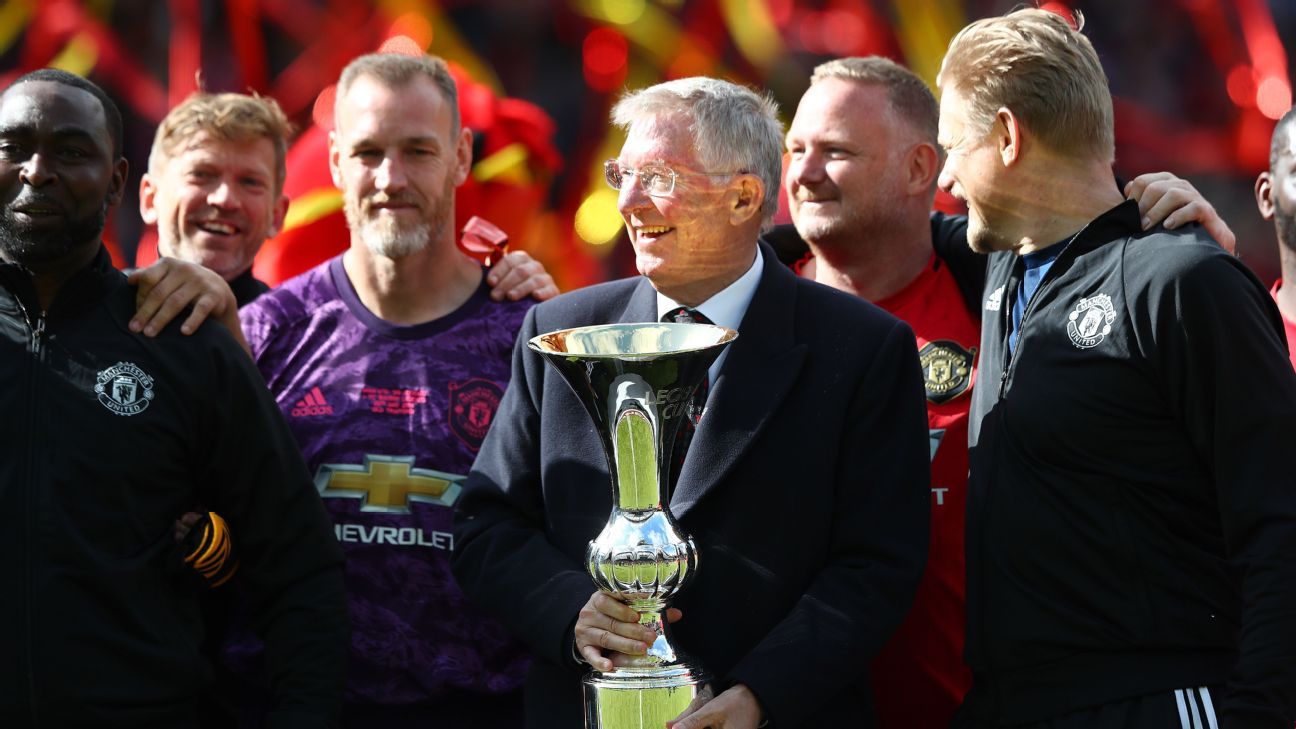 United have spoken to former stars Rio Ferdinand and Darren Fletcher as part of executive vice-chairman Ed Woodward's planned shake up at Old Trafford that could include appointing a technical director to help manager Ole Gunnar Solskjaer, another ex-player, oversee recruitment.

Bayern Munich, who have won the last seven Bundesliga titles, have had success by bringing back former players like Uli Hoeness and Karl-Heinz Rummenigge in executive roles -- a policy Ferguson says he admires.

"They're a great club, It's a club run in the proper foundation of it," Ferguson told MUTV ahead of Bayern's visit to Old Trafford for the Treble reunion game on Sunday. "Former players who run it really -- Uli Hoeness and Karl-Heinz Rummenigge -- they run the club in the right way and they are always winning the league in Germany. They're a great club."

Ferguson was back on the Old Trafford touchline on Sunday as he oversaw his 1999 Treble winners beat Bayern Munich's legends 5-0.

Solskjaer, an early substitute for Andy Cole, got the first before David Beckham rounded off the scoring in the final minutes on the 20-year anniversary of United's Champions League triumph over the German side at Camp Nou. The game, which attracted 61,000 fans, raised £1.5 million for the Manchester United foundation.