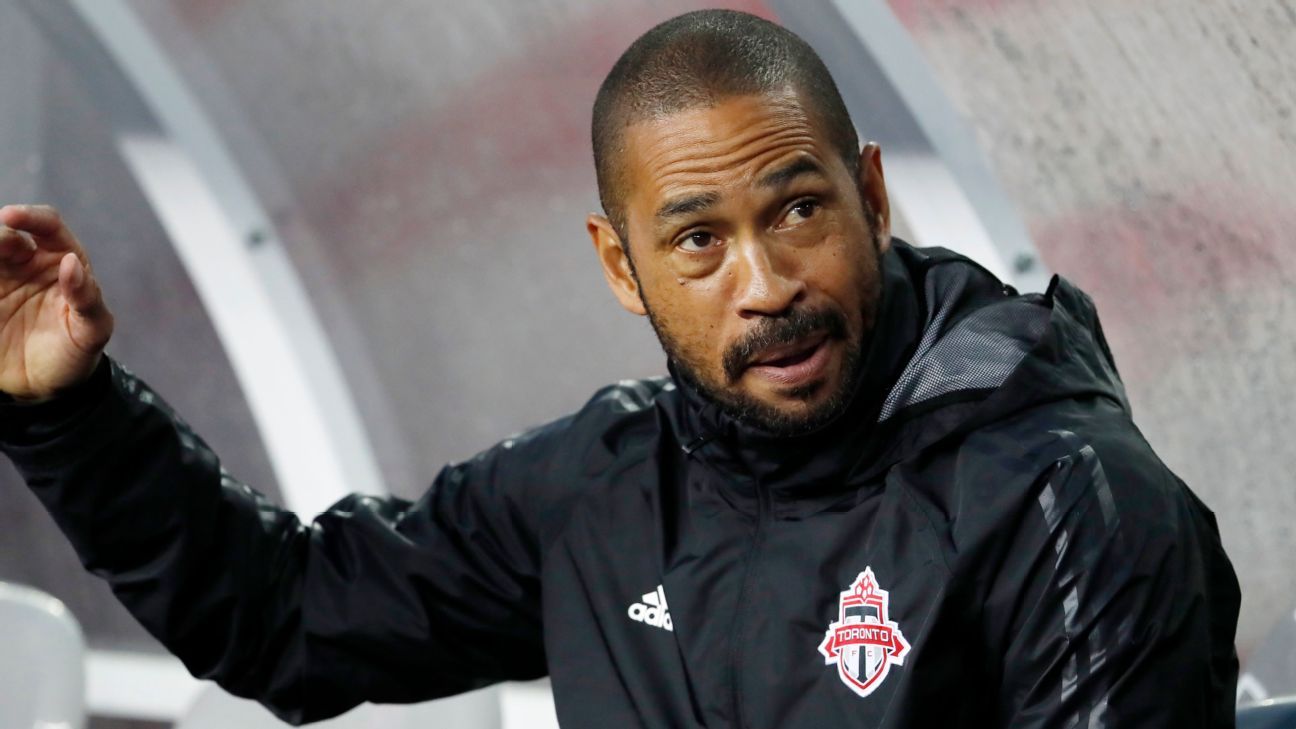 Toronto FC assistant Robin Fraser has emerged as the front-runner to become the next head coach of the Colorado Rapids, multiple sources have told ESPN FC.

Fraser, 52, has interviewed with the Rapids to take over for interim boss Conor Casey and is now considered to be the favorite for the position, with one source saying that Rapids management will take Fraser's candidacy before investor-operator Stan Kroenke at some point this week.

The Rapids, through a team spokesperson, declined to comment on the status of the head coaching search.

Fraser is highly-respected within MLS circles. A former standout defender in the league's nascent days, he was capped 28 times by the United States and has spent over a decade on MLS sidelines, including as head coach of now defunct Chivas USA for two seasons. He is known as a smart tactician.

The Rapids, currently with the worst record in the league, fired head coach Anthony Hudson earlier this month. They seem set for a rebuild, especially with Tim Howard retiring at the end of the year and the roster built under Hudson lacking a strong spine.

Fraser has found success in recent years, enhancing his already strong reputation tactically. In 2013, with the New York Red Bulls, he was the right-hand man on head coach Mike Petke's staff that won the Supporters' Shield, the first trophy in club history. Then, in 2017, he was the top assistant under Greg Vanney as Toronto won a domestic Treble of titles which included the Canadian Championship, Supporters' Shield and MLS Cup.

According to one source, the vast majority of candidates interviewed by Colorado were from, or had, strong ties to MLS -- a stark contrast to Hudson, who had no connection to the league before he was hired in November of 2017.