Kuchar 'certainly satisfied' with par after lobbying for embedded drive 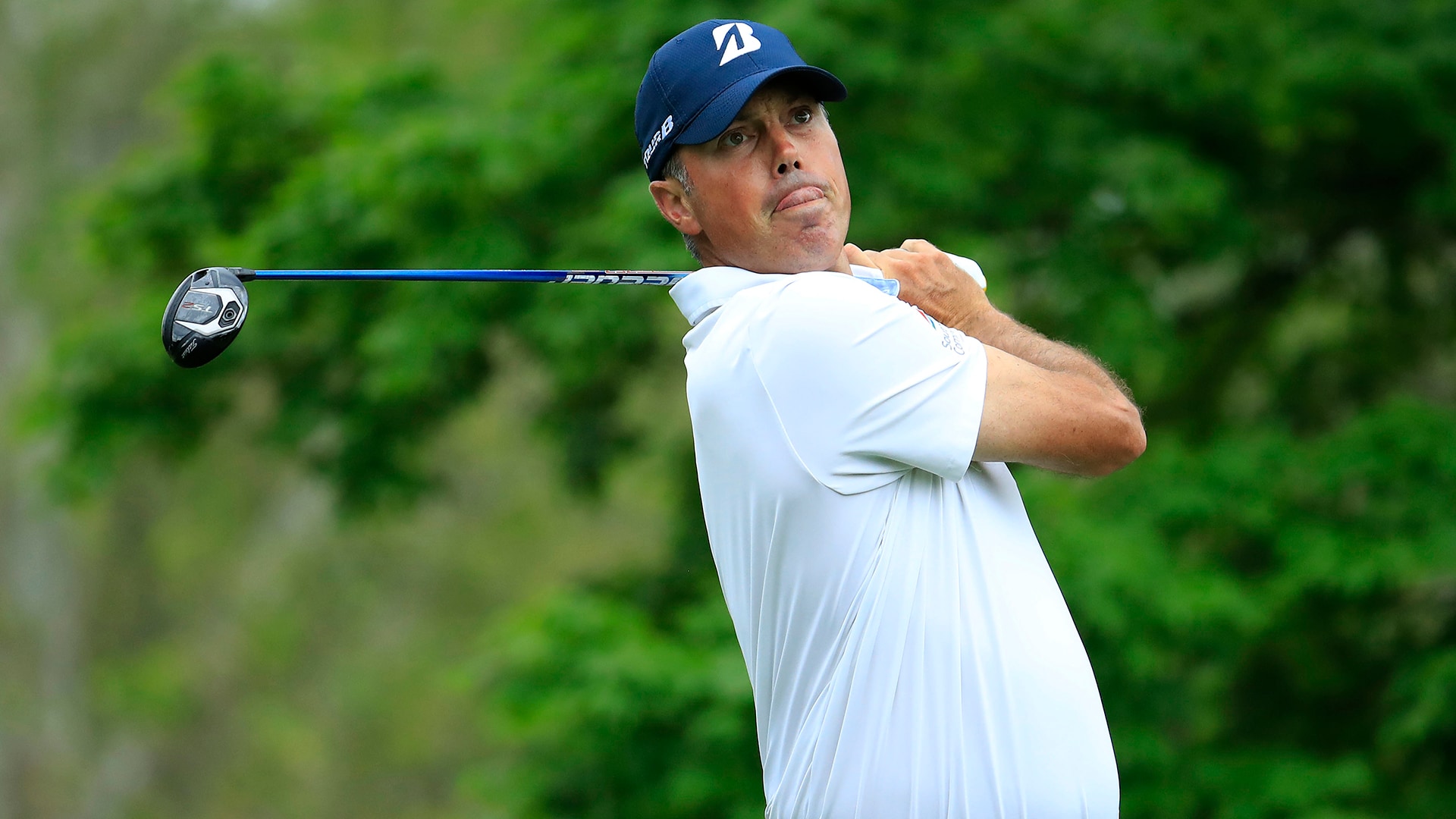 DUBLIN, Ohio – For 10 minutes, Matt Kuchar pled his case. He reviewed video of his drive landing in the 17th fairway, he reviewed the rule, he even asked for a second opinion, but the ruling remained unchanged.

Play it as it lies.

Kuchar’s drive had bounced into the fairway and rolled forward into an old pitch mark. Under the Rules of Golf, Kuchar would have been allowed to remove his ball from the pitch mark if it had been made by his shot, but not if it rolled into a preexisting pitch mark.

“When I actually saw the video of it, maybe there's potential here that it broke new ground, and I called over the rules official,” said Kuchar following his opening 73 at the Memorial. “Not sure exactly of the embedded-ball rule, as far as if a ball breaks new ground and in someone else's pitch mark, is that a new embedded ball.”

Following the lengthy discussion with the rules officials, Kuchar hit a 7-iron over the green but chipped to 9 feet and converted the par attempt.

“I'm certainly satisfied with making a [par] there. I like to think things work out the way they're supposed to,” he said. “Making 4 there is all I can ask for.”

This is the second time this year that Kuchar has been involved in an awkward ruling. At the WGC-Dell Technologies Match Play in March he won a hole when his opponent Sergio Garcia picked up his golf ball believing Kuchar had conceded the hole.