Mickelson (70), playing with two drivers, off to good start at Memorial 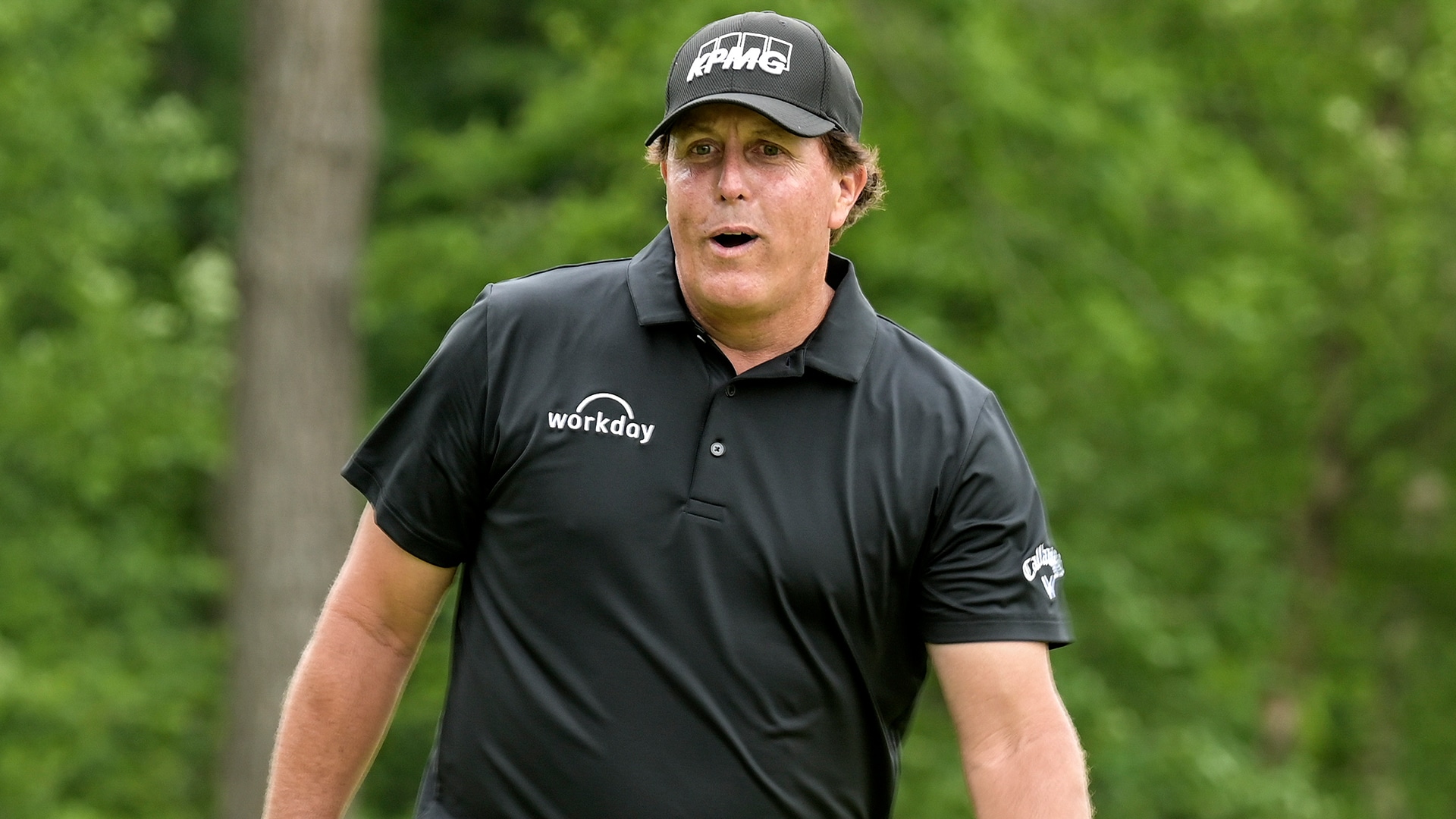 DUBLIN, Ohio – Phil Mickelson is no stranger to outside-the-box thinking and on Thursday at the Memorial he added to that legacy.

Mickelson teed off at Muirfield Village for his opening round with two drivers in his bag, one he said would be used to hit “cute little cuts” and another to  “hit bombs.”

“I don't see many golf courses the rest of the year where there's an advantage of flying it 325 [yards],” said Mickelson, who opened with a 2-under 70. “Here there are six of those occasions, four of them the wind will come into play. And I wanted to try to do well here but wanted to get practice in with the other (shorter) one.”

Mickelson removed his 3-wood from his bag to make room for the longer driver which he said has a shaft that is 1 ¼ inch longer than his regular driver and allows him to increase his swing speed by 4 mph.

At the 2006 Masters, Mickelson also used two drivers, and during the 2008 U.S. Open he opted not to carry a driver in his bag.

“That was a mistake, obviously,” Mickelson said of the ’08 U.S. Open. “What a great idea that was. I'm going to play with a 3-wood. And then I missed the fairways with the 3-wood. That was ridiculous. That didn't work out.”

His two-driver experiment appears to be a one-off and he said he doesn’t have any plans to use the longer driver in two weeks at the U.S. Open, where he will be looking to complete the career Grand Slam.

“I don't see it happening. I don't see me using it the rest of the year, to be honest,” he said.