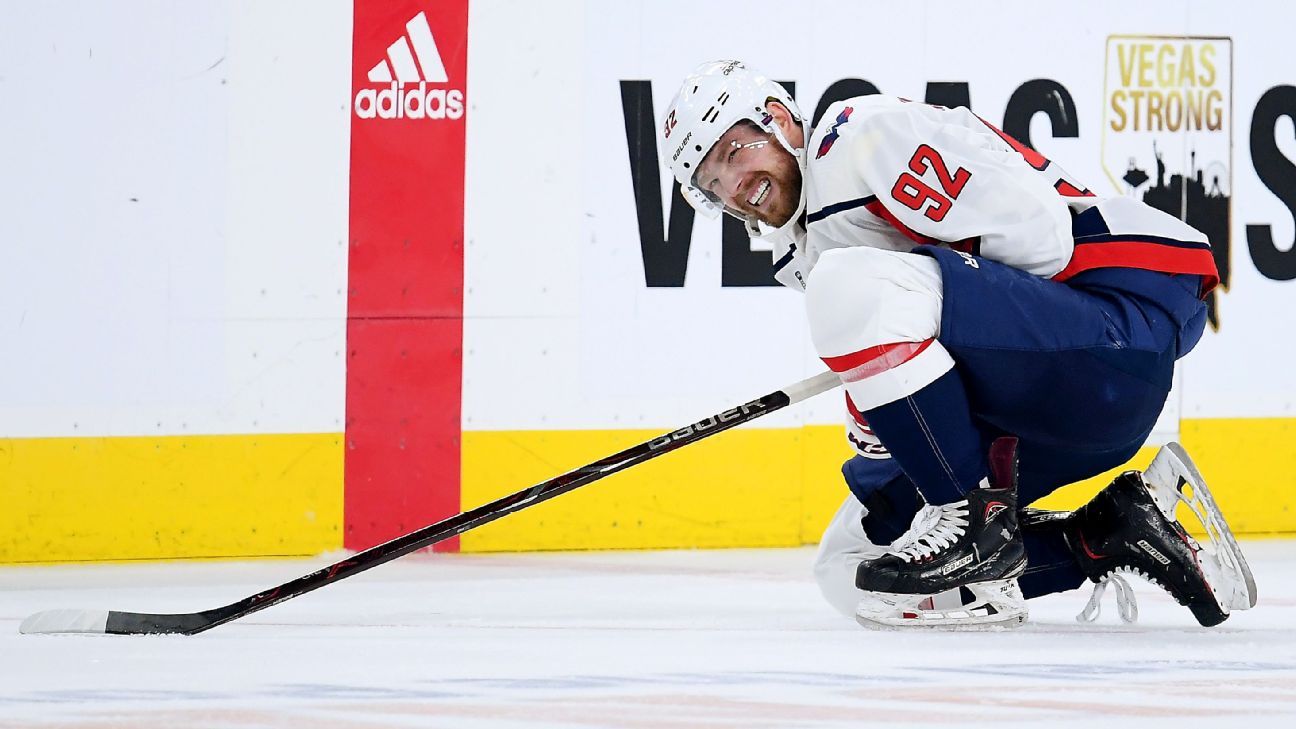 The NHL cleared Washington Capitals star Evgeny Kuznetsov after a video surfaced Monday of him sitting next to a table on which there are two lines of white powder in what appears to be a hotel room.

NHL deputy commissioner Bill Daly said in a statement Friday that the league "thoroughly reviewed the situation" and considers the matter closed.

"While we certainly do not condone or endorse some of the decisions he made on the night in question, Mr. Kuznetsov's account of the events that transpired aligns with other information we have been able to gather, and we have found no basis to question his representations with respect to what did -- and what did not -- occur," Daly said in a statement.

Kuznetsov also released a statement through the Capitals on Friday.

"While I have never taken illegal drugs in my life and career, I would like to publicly apologize to the Capitals, my teammates, our fans and everyone else, for putting myself in a bad situation," Kuznetsov said. "This was a hard lesson for me to learn."

The Capitals said they met with Kuznetsov to discuss the video.

"While we are disappointed by his presence in the video, we accept his explanation and apology for putting himself in an unfortunate situation," the team said in a statement. "Evgeny has been a terrific player and an active member of our community, and we expect him to learn from this experience and uphold both the standards the organization has for him as well as his own."

Kuznetsov, 27, just finished playing for Russia in the world hockey championship in Slovakia. He had two goals and four assists in 10 games as the Russians won the bronze medal.

He led all players with 32 points (12 goals, 20 assists) in last year's playoffs, which culminated with the Capitals winning the franchise's first Stanley Cup.

Kuznetsov had 21 goals and 51 assists this season for the Capitals, who were eliminated in the first round of the playoffs by the Carolina Hurricanes.

The NHL tests its players for drugs of abuse, though if a positive test is found, the player is not punished. Instead, representatives from the NHL and NHLPA's joint Substance Abuse and Behavioral Health Program can reach out to a player who tests positive and recommend a treatment plan.