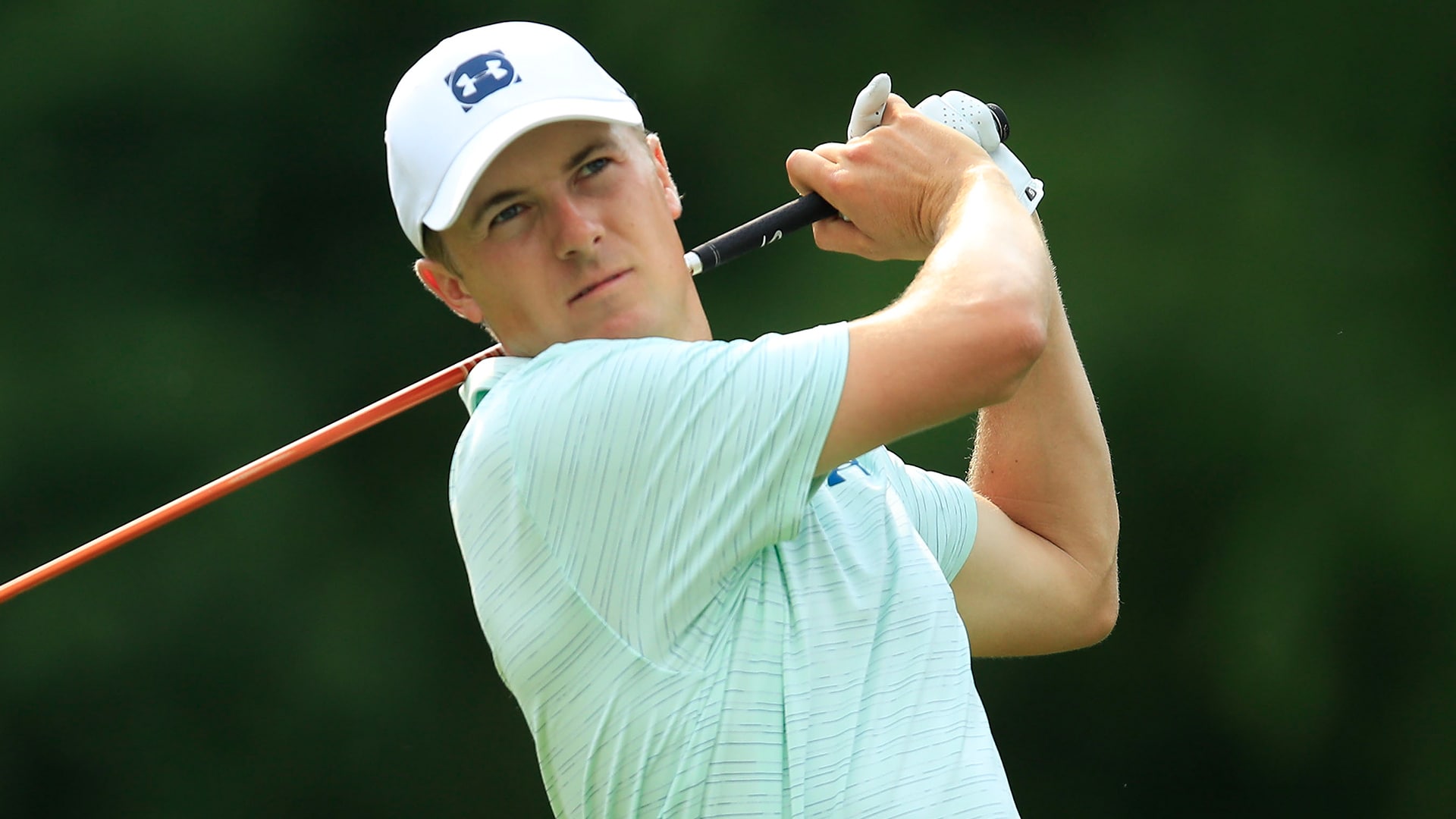 DUBLIN, Ohio – Jordan Spieth described his second-round 70 at the Memorial as an “easy-on-the-body kind of day,” which was a refreshing change for a player who hasn’t exactly been on an easy run the last few months.

Spieth had just a single bogey on Friday and was alone in fourth place at 8 under par, just a stroke off the lead, following another solid ball-striking round that included 13 of 18 greens in regulation.

“I found something in my striking on the range today and really trusted it pretty well on the course. I feel like it will get better day-to-day,” Spieth said.

That’s a dramatic improvement over where he was just last week when he ranked 35th in greens in regulation and 65th in fairways hit.

“It's by no shape or form on its A level, but it feels really close and it's in a position where if I just get a little bit better the next two days, I'm in great shape in this golf tournament,” he said.

Spieth has finished in the top 10 in his last two starts (T-3 at the PGA Championship and T-8 at the Charles Schwab Challenge) but those performances were largely driven by his putting, which was not as productive on Friday when he made just 45 feet of putts. Last week at Colonial he rolled in over 500 feet of putts.