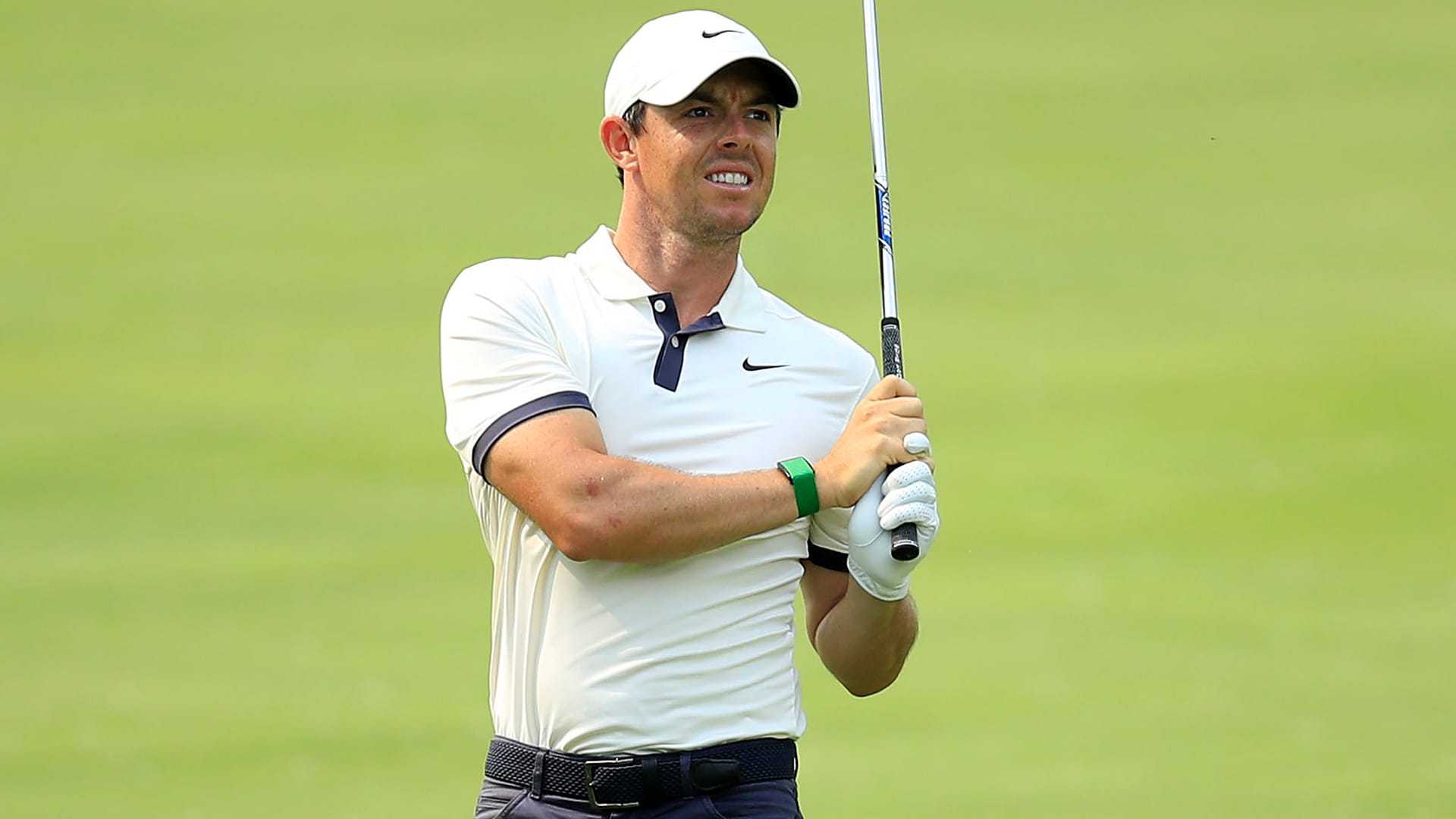 DUBLIN, Ohio – Minutes after stepping off the final green, Rory McIlroy had no trouble pinpointing his biggest frustration from a disappointing stint at the Memorial.

“Birdieing the last hole today and missing (the cut) by one,” McIlroy said.

Tournament host Jack Nicklaus annually draws a strong field to central Ohio, and his Muirfield Village design also sends many of the biggest names in golf heading for the exits early. Such was the case this week, as McIlroy opened with a 75 en route to a 2-over total that was one shot too many.

“I guess I had some misses with my driver that ended up costing me,” McIlroy said. “I had a couple of chances coming in to try to be here for the weekend. Just a couple shots yesterday, and just not taking advantage of when I did put it in the fairway and had wedges in my hand.”

But McIlroy was not the only notable casualty of the 36-hole cut. Phil Mickelson’s much-publicized experiment with two drivers largely backfired, as he led the field in driving distance but finished 103rd out of 118 players in strokes gained: off the tee. Mickelson hit his opening tee shot Friday out of bounds and shot a 7-over 79 despite three birdies.

One shot above that was world No. 6 Justin Thomas, whose first start back from a wrist injury ended with a second-round 80. Thomas was sitting at 1 under and still very much in position to make the cut when he made the turn, but a back-nine 44 included a triple bogey on No. 12 and a double bogey on No. 18 after his final approach bounced off the cart path and landed on a chair in front of the clubhouse. He added next week’s RBC Canadian Open shortly after completing his round.

Thomas joins a strong field north of the border, as McIlroy, Brooks Koepka and Dustin Johnson had already made plans to play the week before Pebble Beach.

“I was glad to have it either way, whether this was a good week or not,” McIlroy said. “I feel like I really need to play my way into the U.S. Open considering how I’ve played the last three years.”