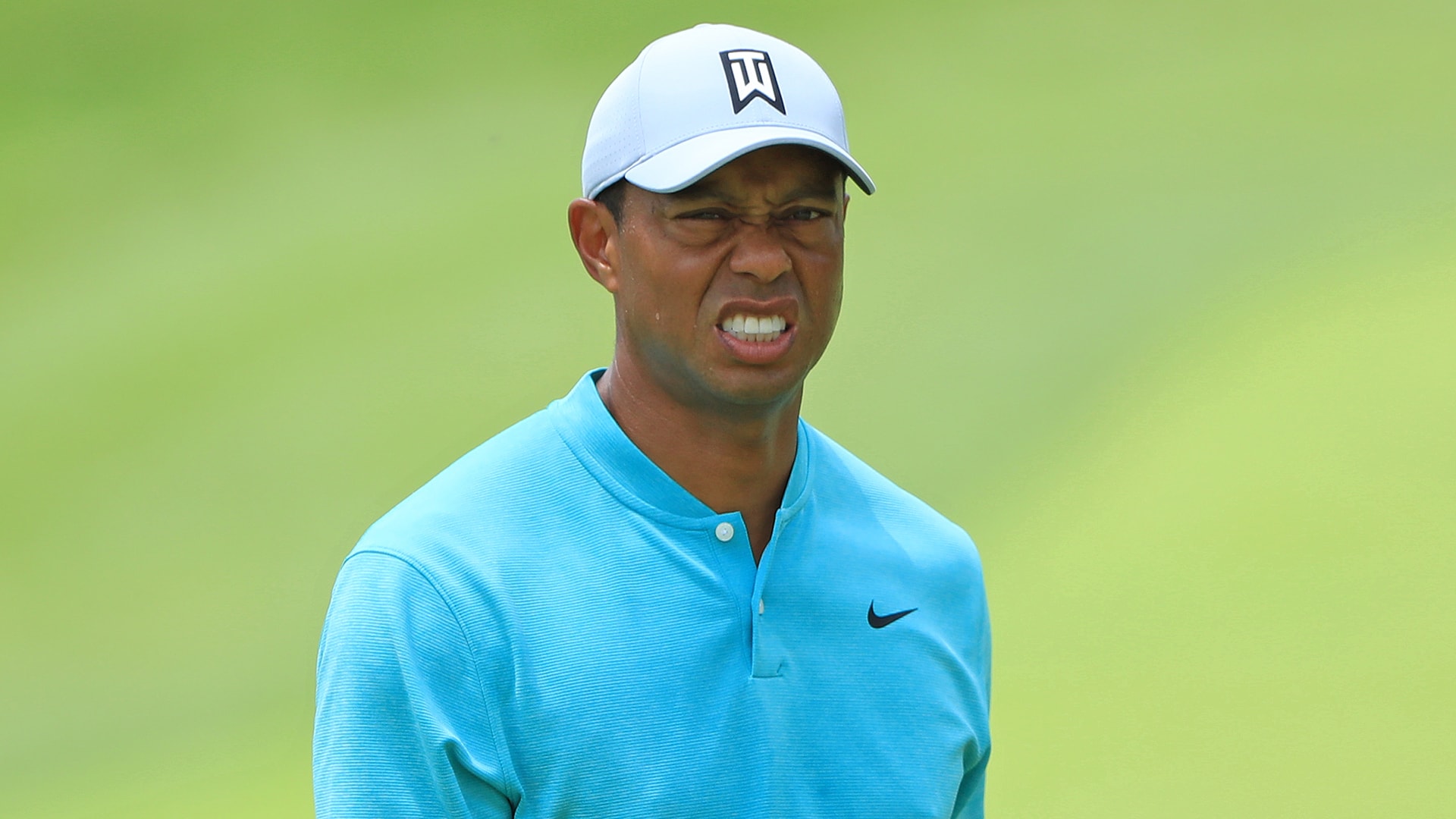 DUBLIN, Ohio – Tiger Woods finished his day at the Memorial at 2 under par and seven strokes off the lead in what has essentially become a U.S. Open tune-up. If that all sounds a bit mundane, consider how he reached his crossroads:

• After a slow start that included a bogey at the first hole, Tiger birdied the seventh, 11th and 13th holes to move to within five shots of the lead. “At 14 I had a look to go to 5 [under] and make birdie at 15, go to 6 [under] and all of a sudden I'm three back, and now here I am seven back,” he said. “So a round that could have flipped and gone in a positive way didn't do that because of what I did on 15.”

• Yes, the par-5 15th hole was not kind to Tiger. After a drive down the left side of the fairway left him 250 yards from the hole, he pulled his 5-wood second shot well left of the green and needed three shots to reach the putting surface. After chipping to 5 feet, he missed the putt for bogey. Asked which shot disappointed him the most: “The second shot, by far,” he said. “I could hit that ball 50 yards right of the flag and be fine. Anything inbounds right of the flag I have a chance to make birdie. I just can't afford to miss it left where that flag is. And I did.”

• Statistically, Tiger might have gotten everything he could out of his round. He hit 9-of-14 fairways and 11-of-18 greens in regulation to rank 31st in the field in strokes gained: tee to green.

• The highlight of Tiger’s day was his short game. He was 5-for-7 in scrambling and converted a 22-footer for birdie at the 13th hole. Although he needed 28 putts, he did have eight one-putts.

• There was a silver lining for Tiger. He admitted he’ll need a low round on Saturday if he’s going to fight his way back into contention and Justin Rose, who was paired with Tiger for the first two days, showed him the way with a 9-under 63 on Day 2.

• It was no big surprise but Tiger’s name was not on the commitment list for next week’s RBC Canadian Open which will make the Memorial his final start before the U.S. Open.