TT Postscript: Roller-coaster 2-under 70, but even Tiger knows he's 'not going to win' 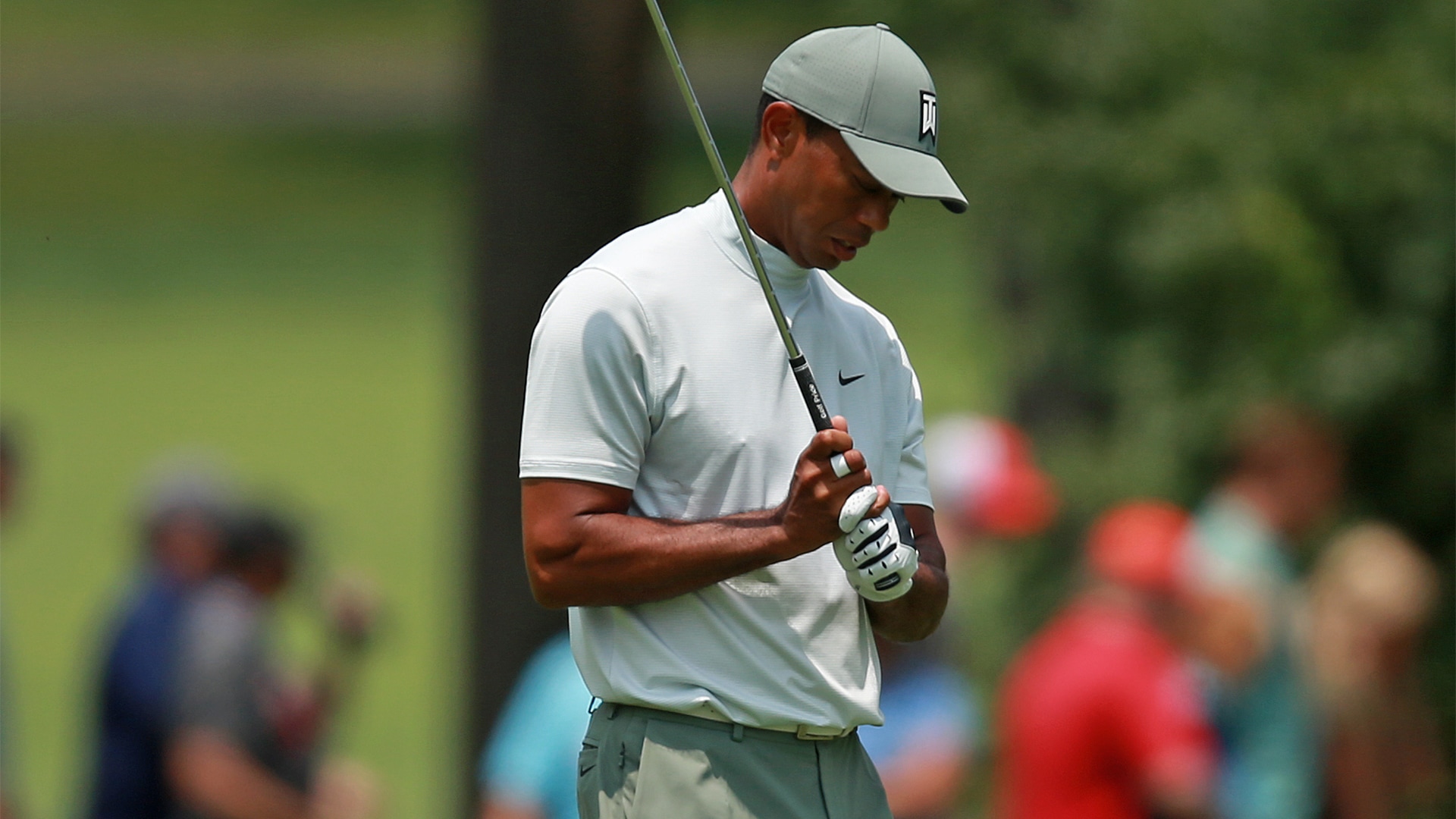 DUBLIN, Ohio – If nine-hole rounds count for anything, Tiger Woods would be firmly in the mix at the Memorial. But they play all 18 at Jack’s Place, and a shoddy inward half cost Woods a chance to move up the leaderboard during the third round. Here are some thoughts from another stroll around the fairways and greens at Muirfield Village:

• For about two hours, it seemed like Woods might be on to something. He started his round with a hole-out birdie from the sand at No. 1, then added three more birdies over his first seven holes to get within three shots of the lead.

• But his round came apart on the 10th hole, where he needed two whacks to escape a fairway bunker en route to a double bogey. A near-shank pitch on No. 14 and a closing bogey on No. 18 meant that despite rolling in six birdies, Woods signed for a 2-under 70 that didn’t make a dent in the standings.

Full-field scores from the Memorial Tournament

• After a round that included only one made putt over 10 feet, Woods’ lament was clear. “I’ve never seen a round that lipped out more shots than today,” he said. “Six or seven lip-outs today. It was unreal.”

• With the leaders just getting underway as he closed out his third round, Woods shared that he felt 70 was the highest score he could have possibly shot given his largely sound ball-striking. “The wind was a little bit tricky, but I was hitting it flush enough where I was getting through the wind,” he said. “I got nothing out of the round today.”

• Woods feasted on the par-5s Saturday, rolling in three birdies. The only one he didn’t birdie was No. 11, where an errant drive resulted in him hitting his second shot back into play from off the cart path.

• Woods has won this event five times before, but he knows that chances for title No. 6 will have to wait at least another year after walking off the 18th green facing an eight-shot deficit and knowing it’s likely to increase by the end of the day. “I’m so far back, and there’s too many guys. I’m not going to win the golf tournament,” Woods said. “But hopefully I go out and play a positive round of golf tomorrow, and get something out of my round like I haven’t done the first three days.”

• The final round will mark Woods’ last competitive round until the U.S. Open. Coming off a disappointing missed cut at the PGA Championship, Woods is pleased with the progress he’s made as it pertains to his prep for a return to Pebble Beach later this month. “My game is right where I feel like it needs to be,” Woods said. “I hit a lot of good shots the last three days here and haven’t really scored like I’ve hit the golf ball.”