Lexi one back at U.S. Women's Open with new claw grip 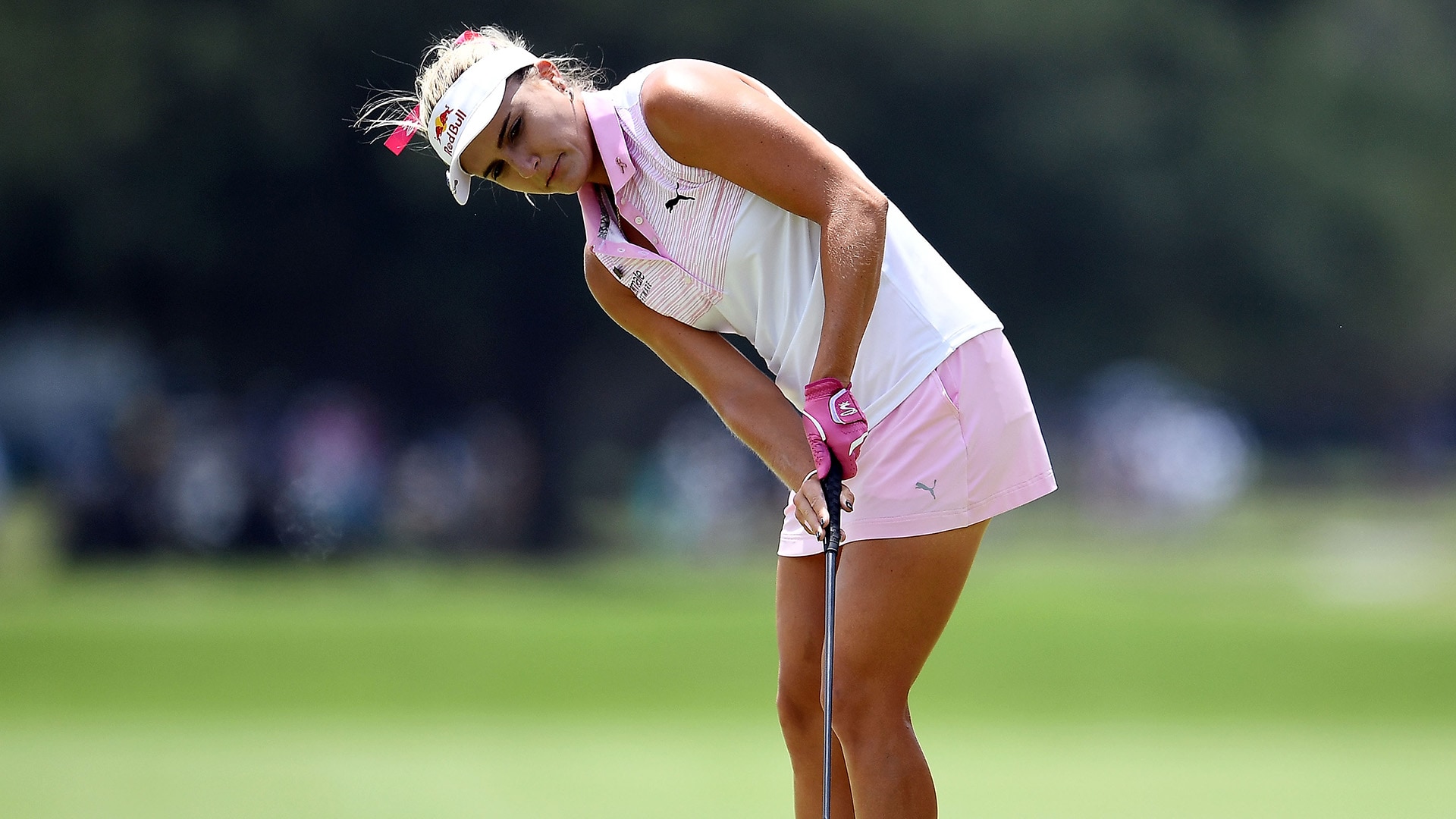 Lexi Thompson will enter the final round at the U.S. Women’s Open once again hunting her second major championship victory.

Thompson finally took advantage of the Country Club of Charleston’s three par 5s Saturday, playing them in 4 under with two birdies and an eagle. She had settled for six pars in her first two rounds.

At 6 under for the week after a third-round 68, she’ll enter the final round tied for second, just one behind co-leaders Yu Liu and Celine Boutier.

“I made up for it today, I guess,” Thompson said. “It's funny, I didn't realize that. I knew I was struggling on the par 5s a little bit, but I didn't realize I didn't birdie one until today. My caddie reminded me of it when I birdied the first one. We just caught a joke out of it.”

Thompson won her lone major at the 2014 ANA Inspiration and has endured a number of close calls since. She is the owner of eight major top-5 finishes. She’s been a runner-up twice, most notably at the 2017 ANA, when she was hit with a now-infamous, four-shot penalty.

A new wrinkle in her latest bid for major No. 2 is a claw putting grip she began using just this week. Thompson’s brother Curtis employs the claw and suggested his sister give it a try.

“I've been looking for something that just flows a little better,” she said. “He's like, you should try it. It's really good. …

“He actually came here, I believe, Wednesday just to help me out and see if he could figure out some of my putting. I ended up trying the claw grip and just stuck with it. It feels very good. Obviously, there's some putts out there that I'm like, eh, maybe not so good. But I feel comfortable with it, and I think that's the important part.”

Thompson has taken 32 putts in each round after hitting 15, 16 and 16 greens in regulation.

“Honestly, my key tomorrow is just, like I said, to go into it as I did the last three days, same mindset,” she said. “I've made a few changes in my swing, my putting. So really just focusing on those things, I think, is key."