Cantlay wins the Memorial for his second PGA Tour title 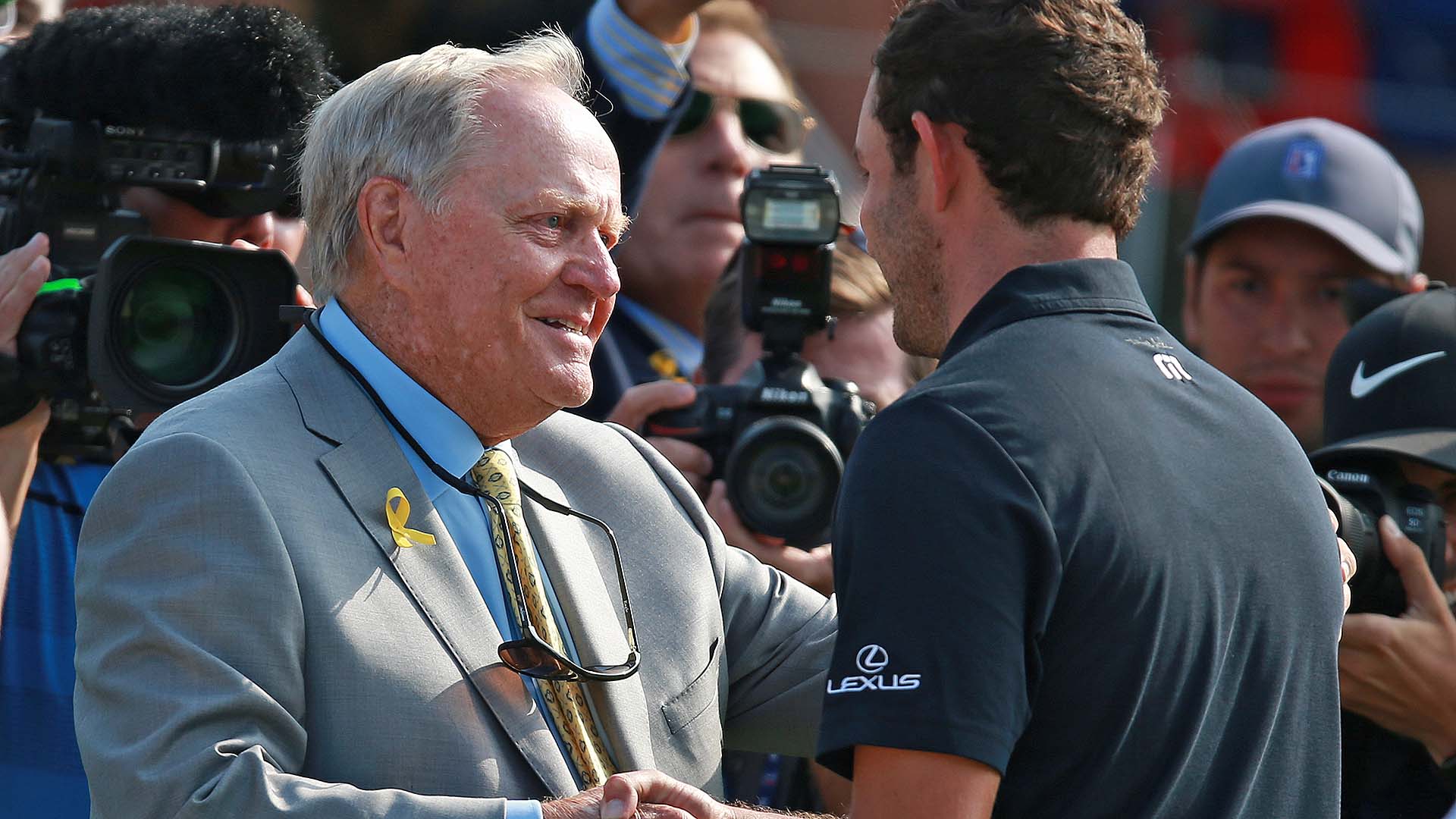 Patrick Cantlay fired a bogey-free round of 8-under 64 to win the Memorial by two over Adam Scott on Sunday at Muirfield Village. Here’s how Cantlay earned congratulations from Jack Nicklaus for the second time:

What it means: This is Cantlay’s second PGA Tour victory, a follow-up to his breakthrough at the 2017 Shriners. Cantlay was the 2011 Nicklaus Award winner following his freshman season at UCLA. Eight years later, he walked off the 18th green Sunday and once was again greeted by Jack, this time as the winner of his tournament. Cantlay entered the week 17th in the Official World Golf Ranking and will now break into the top 10 for the first time in his career. Though it appears unlikely at this moment he’ll need to worry about his membership status on Tour in the future, the winner of the Memorial receives a three-year exemption, making Cantlay secure through the 2021-22 season.

Round of the day: Cantlay started with birdies at Nos. 2 and 5 and added three more on Nos. 7-9 to make the turn in 5-under 31. He tied Kaymer for the lead at 17 under par with another circle at 11. Two more birdies at 14 and 15 as Kaymer was leaking oil gave Cantlay a cushion on his way to the clubhouse. His 64 is the lowest final round by a winner in the history of the Memorial. He wrote down only threes and fours on his scorecard Sunday.

Best of the rest: Streelman and Bryson DeChambeau signed for 66. Tiger Woods was 7 under through 12 holes but lost momentum. He settled for 67 after bogeys at 14 and 18.

Biggest disappointment: Kaymer let his lead slip away with back-to-back bogeys at 12 and 13 and lost the tournament by playing his final seven holes in 3 over. Nevertheless, his final-round 72 and T-3 finish vaults him from 198th to 120th in the FedExCup standings, an important move with Kaymer’s five-year Tour exemption expiring at the end of this season.

Shot of the day: Cantlay’s crafty up and down from the front bunker at 18 to stay bogey-free and finish 19 under par.

Quote of the day: “Being able to win on this golf course, a golf course that I really like, and in front of Jack, making that putt on the last hole, I can’t tell you how good it feels.” – Cantlay