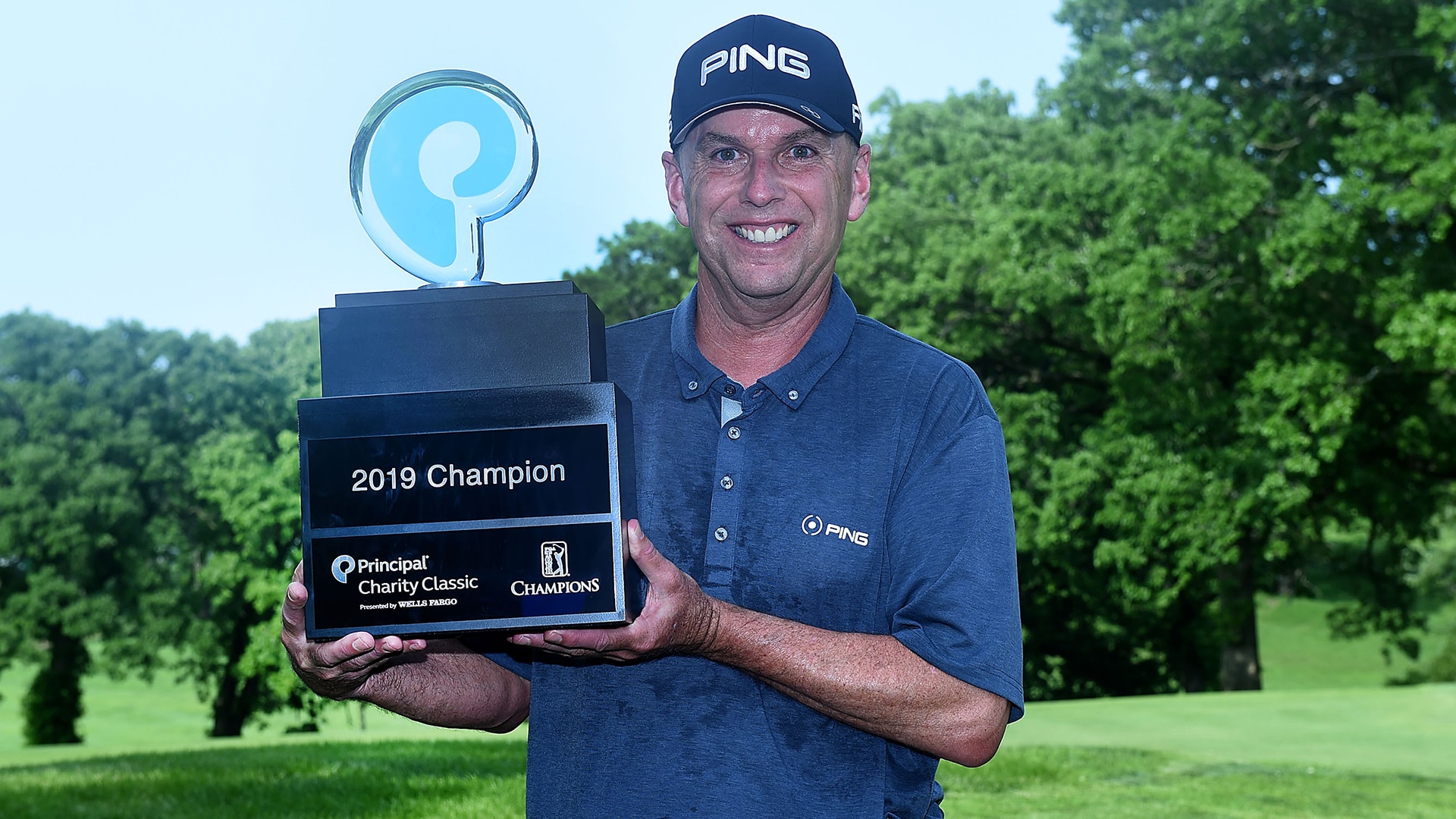 Sutherland overcame an eight-shot deficit in the final round, making eight back-nine birdies in a course-record 10-under 62 to match Parel at 17-under 199.

''Leading wasn't in my consideration. But I knew if I shot a great round of golf, you never know,'' Sutherland said. ''It just worked out well for me.''

Parel closed with a 70. They broke the tournament record of 15 under set by Scott McCarron three years ago.

Parel bogeyed the par-5 15th and missed a 10-foot birdie try on No. 18 in regulation. They each parred the first playoff hole, but Sutherland sank a 10-footer after Parel left about a 12-footer short in a replay on the par-4 18th hole.

''I'm very disappointed. I should have never been in a playoff to begin with,'' Parel said.

The 54-year-old Sutherland won for the third time on the 50-and-over tour after winning once on the PGA Tour. He's the only player to shoot 59 on the tour, accomplishing the feat in the 2014 Dick's Sporting Goods Open.

Parel stormed to a five-shot lead after two rounds, shooting 15-under to tie the 19-year-old tournament's record-low score through just 36 holes. Still, he said after Saturday's round that he'd need to stay aggressive because someone would shoot ''7- or 9-under par.''

Not surprisingly, that player turned out to be Sutherland - who also has a 60 on his senior circuit resume.

Parel started slow, even picking up his first bogey of the tournament by missing a putt on the par-4 second hole by about an inch. But Parel then nailed a 30-footer for birdie on No. 8, and a 12-footer on 12 pushed his lead to four shots.

Sutherland rallied with six straight birdies, and Parel's round went sideways after he put his tee shot on 15 into high grass that swallowed him up when he tried to play his way back onto the fairway.

Parel was able to chip to within a few feet of the hole to save a bogey. But Sutherland, who hadn't birdied Nos. 17 or 18 in either the first or second rounds, did so on both on Sunday to pull into a tie with Parel.

''Sometimes when you're rolling like that you get hungry. The birdies come easy,'' Sutherland said.

Parel and Sutherland were nearly joined by Jerry Kelly. He left a 65-yard approach a foot right on No. 18 and finished a stroke back after a 66. David Toms was fourth after 13 under after a 68.