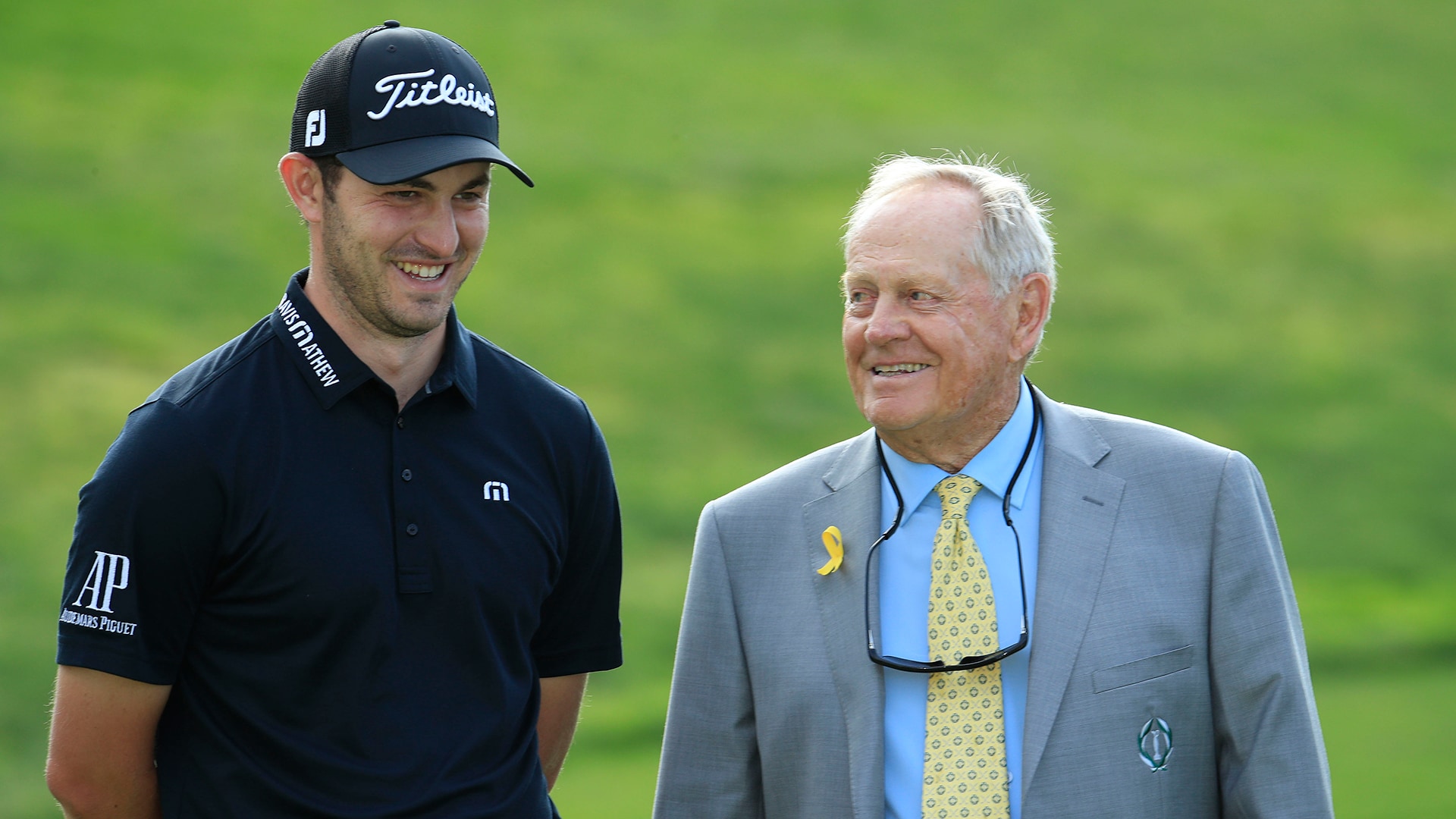 DUBLIN, Ohio – Patrick Cantlay won the Memorial in his third career start, but his relationship with this event dates back to 2011.

That’s when he was on site at Muirfield Village to receive the Jack Nicklaus Award as the top NCAA Division I golfer, having completed a standout season at UCLA. But dealing with injury and off-course struggles, he didn’t make his tournament debut until 2017. But when he returned two years ago, he was quick to bend the ear of the tournament host.

“Patrick came to me, and he just asked me, ‘How would you play the golf course?’” Nicklaus said. “We sat down, and I don’t have any idea what I told him, but he’s played it well.”

As Cantlay recalls it, the two shared a 90-minute strategy session, breaking down how to attack each and every hole while sitting at Nicklaus’ house near the course. He gleaned insights and put them to use en route to a T-35 finish that year, then tied for fourth last year.

Cantlay ran into Nicklaus in the Muirfield Village men’s grill Friday afternoon following a second-round 69 that left him two shots off the lead heading into the weekend. This time around, with Cantlay looking to turn a string of near-miss finishes into a second career victory, the advice was a little different.

“He grabbed me aside and said, ‘You need to go out there, have a good time. Look around when you’re out there,’” Cantlay said. “’Look at all the people having a great time. And then you need to have a great time and realize that that’s why you’re there, and relax and go have fun and go win the golf tournament.’”

Cantlay did just that, turning a four-shot deficit into a two-shot win with a bogey-free 64 that left the field in his wake and marked the lowest final round ever by a tournament champion. It ended a victory drought that dated back to November 2017, and he joins Tiger Woods as the only other player to receive the Nicklaus Award at Muirfield Village for collegiate success and then return to win the PGA Tour event.

While his placid demeanor didn’t seem to flinch much coming down the stretch, Cantlay admitted that Nicklaus’ advice was at the top of mind as he closed out one of the best rounds of his career to edge Adam Scott among a host of contenders.

“Hearing it from someone like Jack gives it a little more weight. A lot more weight,” Cantlay said. “And then honestly just being in that position so many times this year, in the last year, I felt just a lot more like it was normal. And I was just a little more at ease.”