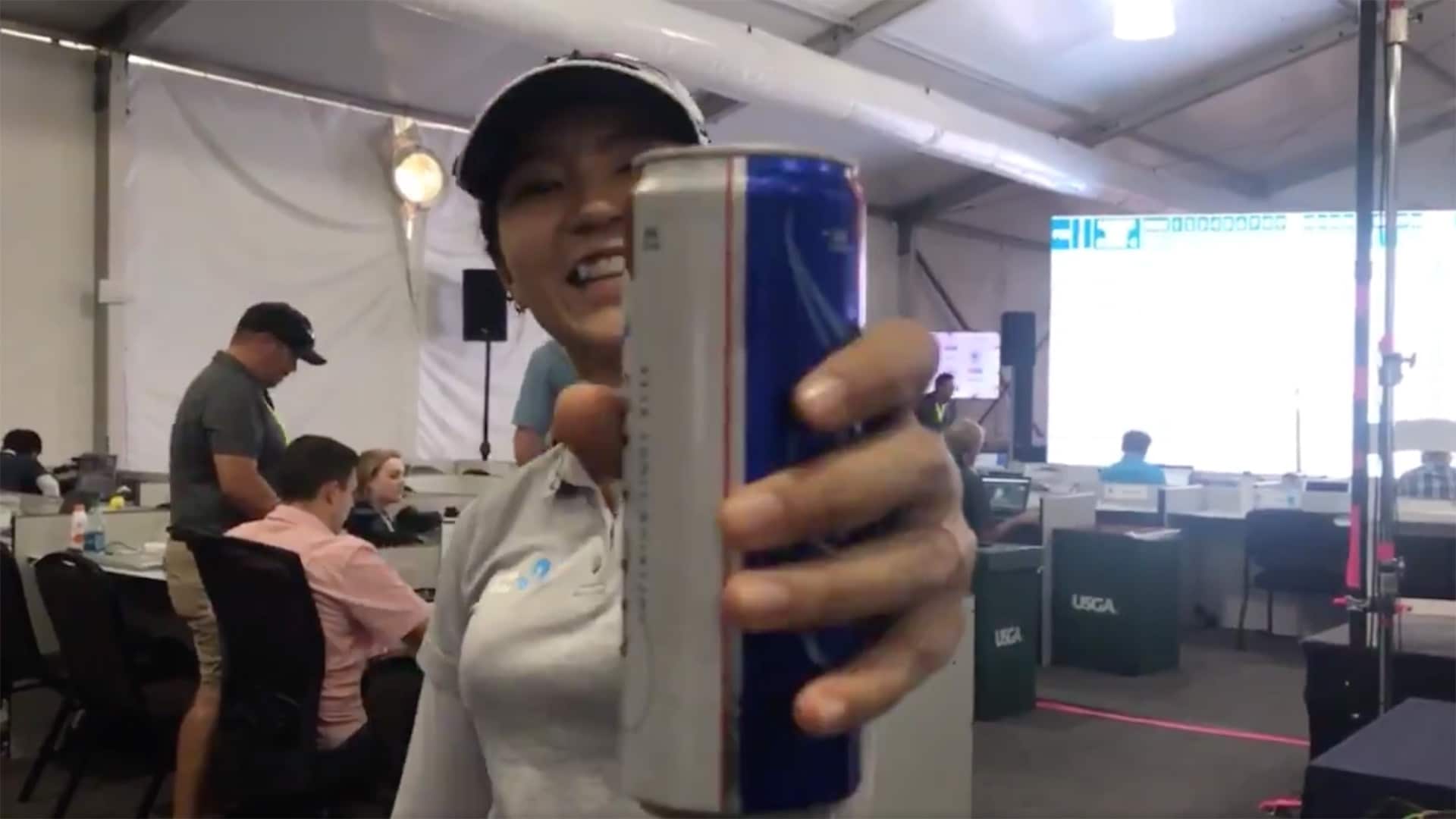 Lydia Ko was all too happy to pay her hole-in-one fine Sunday at the U.S. Women's Open.

Ko aced the Country Club of Charleston's reverse redan hole, the par-3 11th, with a 6-iron during her final-round 71.

It was her second career ace in competition.

"My first one was at the Olympics in Rio, and then my second one is at the U.S. Women's Open," she said. "I'm like maybe I should go for the career Grand Slam holes-in-one or something. My goal is career grand slam. But career grand slam hole-in-one, I don't know if anyone's done that."

After describing the shot in her post-round news conference — "My putts weren't lipping in, so it's good to see my 6 iron lipping in," she joked — Ko announced that the beers were on her, before adding, "Maybe beer after the tournament because everyone's supposed to be working right now."

? for an ACE! Lydia Ko made a hole-in-one on No. 11 in the Final Round of the #USWomensOpen! pic.twitter.com/KezHaieftf

Beers on Lydia! Lydia Ko stopped by the @uswomensopen media center to buy the writers a beer in celebration of her hole-in-one on 11. Of course, we won’t drink any until after play! Cheers!! ? pic.twitter.com/YuqZpWullQ

Needless to say, Ko likes the 11th at CCoC more than Ben Hogan ever did.

Fun to see this reverse redan in person... but a nightmare to play.

Hogan on the 11th: “what you need for that hole is about five sticks of dynamite.”