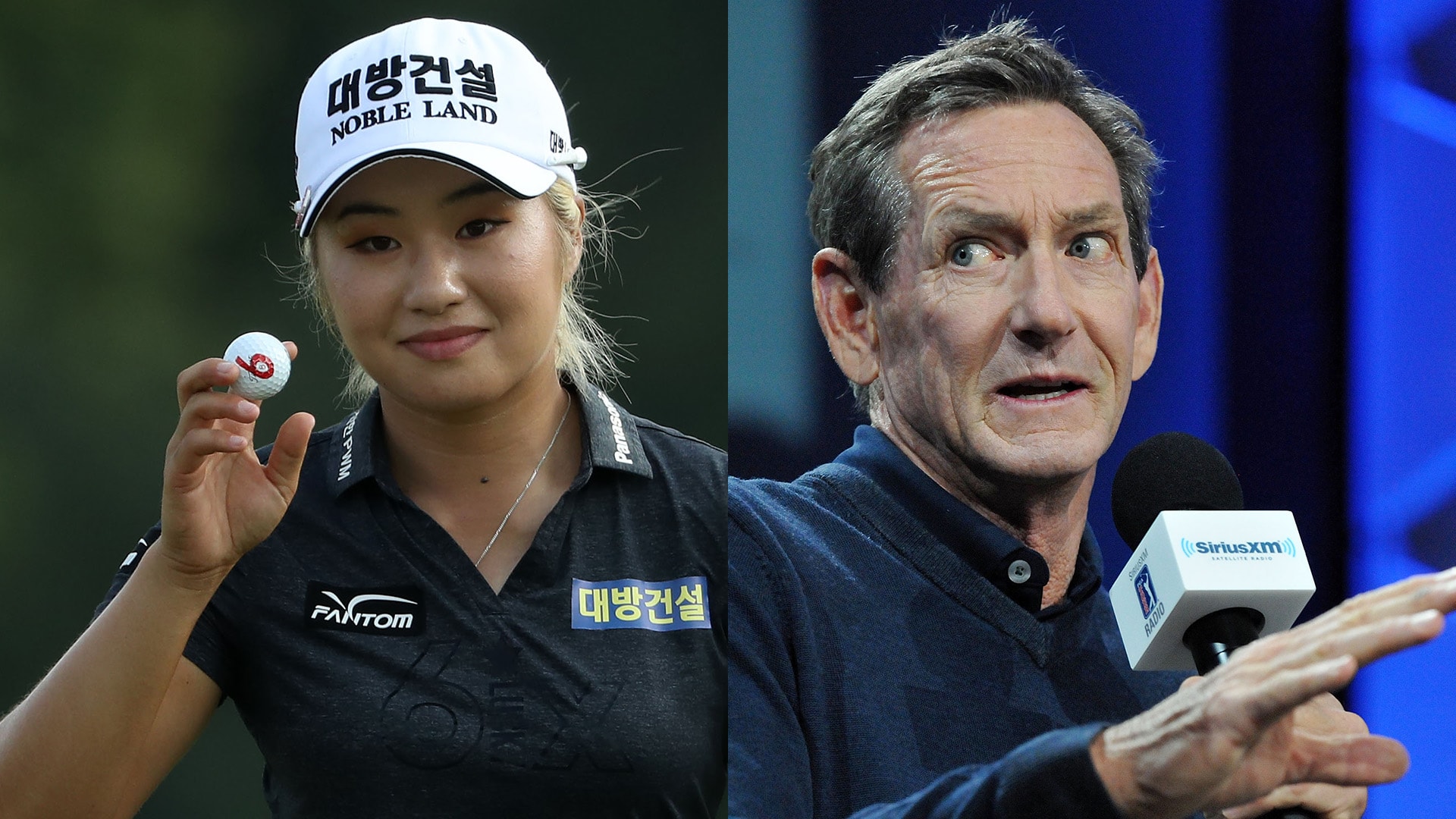 Each week on GolfChannel.com, we’ll examine which players’ stocks and trends are rising and falling in the world of golf.

Patrick Cantlay (+9%): No one could have seen his scorching 64 at Muirfield Village coming, but it was only a matter of time before the 27-year-old Cantlay broke through for his second PGA Tour title. There are no weaknesses in his game – he’s 29th or better in every major statistical category, and third overall – and he’s going to do a lot more damage before his career is over.

Jeongeun Lee6 (+8%): Over the past few years she’d had trouble differentiating herself – that’s why she puts a “6” at the end of her name, because there were five others with the same name on the KLPGA – but there’s no mistaking her now, with white-blonde streaks in her hair, $1 million more in her bank account and the U.S. Women’s Open trophy in her possession.

Tiger (+5%): His Muirfield tune-up couldn’t have gone much better. His driver is under control, his irons are sharp and his putting is holding steady. Returning to the site of his greatest performance ever, Woods is – once again – one of the top 3 players to beat next week at Pebble.

Jordan (+2%): His ball-striking remains a work in progress, especially in crunch time on Sundays, but the fact that he’s been able to string together three consecutive top-10s illustrates that his scoring skills are back. This will be far from a lost year.

Lexi (+1%): OK, so the last-minute switch to the claw grip didn’t turn her into Inbee Park – she needed at least 31 putts each round at the USWO – but her ball-striking is so good that it was worth the gamble. If she can just become an average putter with this method, she’ll return to her winning ways – and soon.

DJ (-1%): Johnson made official his rumored split with Claude Harmon III, which was no surprise, seeing how it’d be an untenable situation for CH3 to coach the top two players in the world who are, now, fierce rivals. It’s just another example of how Brooks Koepka’s ascendance has shaken DJ’s comfortable footing.

Bad timing (-2%): Adam Scott’s 17-under total would have won each of the past eight editions of the Memorial, but all it got him this time was a runner-up finish. Add in his 19-under performance earlier this year at Torrey Pines, and Scotty easily could have nabbed a couple of big trophies in 2019.

Matt Kuchar (-3%): Kooch’s once-impeccable rep took another hit last week at the Memorial, where he asked for (and was emphatically denied, twice) a free drop in the fairway, a request so dubious that the entire caught-on-camera episode was scrubbed from the Tour’s social channels. Oops.

Amateurs (-4%): Poor Andrea Lee, the Stanford standout who was singled out at the U.S. Women’s Open and docked a stroke for slow play despite rounds taking six-plus hours. If only she’d had a few more years of experience under her belt, then she’d know how to game the system, just like everybody else.

Hank Haney (-7%): The underlying racism and sexism were bad enough, and his “congratulatory” tweet afterward was hilariously tone-deaf, but this is why Haney should never be allowed back on the PGA Tour radio airwaves: How does someone in that position – on a premium channel, for golf diehards! – brag about his ignorance?