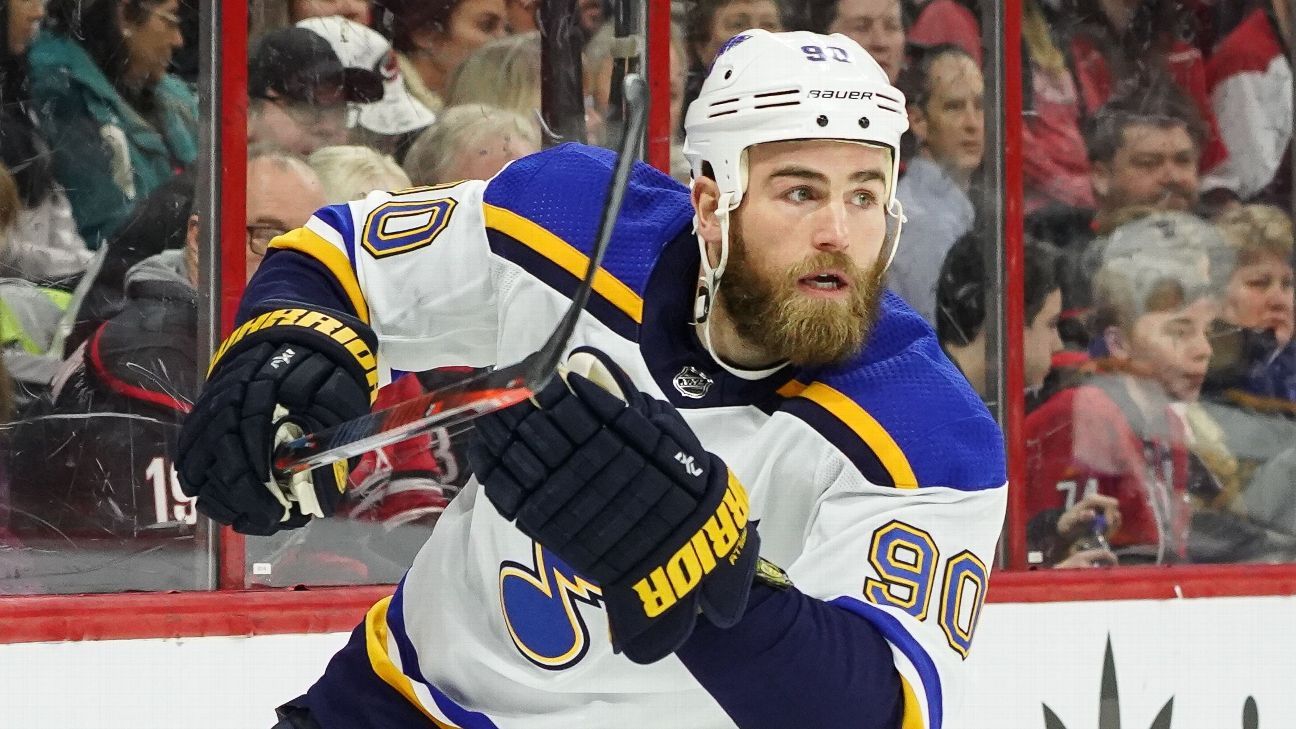 ST. LOUIS -- Jack Hughes picked up the stick and examined it outside the St. Louis Blues locker room. The 18-year-old phenom, expected to be the first overall pick in this month's NHL draft, had seen all manner and sort of hockey stick, including during the recent IIHF world championships.

"Ryan O'Reilly's stick is pretty cool. Straight curve, and then it has something pretty weird going on at the toe," said Hughes, who visited the Blues and Boston Bruins before Game 4 of the Stanley Cup Final, a game in which O'Reilly would score twice.

Upon first glance, O'Reilly's stick looks like a manufacturing error. The blade's curve is nearly flat, but the end of it features a harsh toe hook, looking very much like the wood was warped.

"It's a little weird," O'Reilly said. "I think everyone hates it. But it works for me."

Calling his stick "unique" would be underselling it. As far as O'Reilly can tell, he's the only one with a stick like this. Others have tried to use his style. Inevitably, they reject it for a more traditional curve.

O'Reilly created the toe hook by heating up a plastic template sent to him by Warrior, who manufactures his sticks, and sending it back. He said the basis for the curve was the stick used by former NHL great Jeremy Roenick, but he added the hook at the toe.

"I've been using it for, like, 10 years now. Just gives me a little more control. I use a pretty long blade, and I just had the idea of putting the toe in to make it easier to handle the puck in certain areas," he said.

It's one of the most unusual blades in the NHL, and Hughes wasn't the only prospect marveling at it on Monday.

Dylan Cozens, a center who expected to go in the top five, said the blade struck him as weird.

"With that little toe hook at the end. You don't see that with too many players. It's crazy," he said. "It must be pretty good for toe drags or something. But it works for him."

O'Reilly said the comments from the prospects reminded him of his experiences as a young player, when he first spied the stick of Alex Ovechkin.

"In juniors, when I saw Ovechkin's curve, I saw how much of a hook that was. It's just a big hook," he said. "I remember being obviously impressed with how he plays it."

When it comes to NHL stars and their sticks, there's no one size that fits all.