Kupcho, Fassi to play together in LPGA's new team event on sponsor exemptions 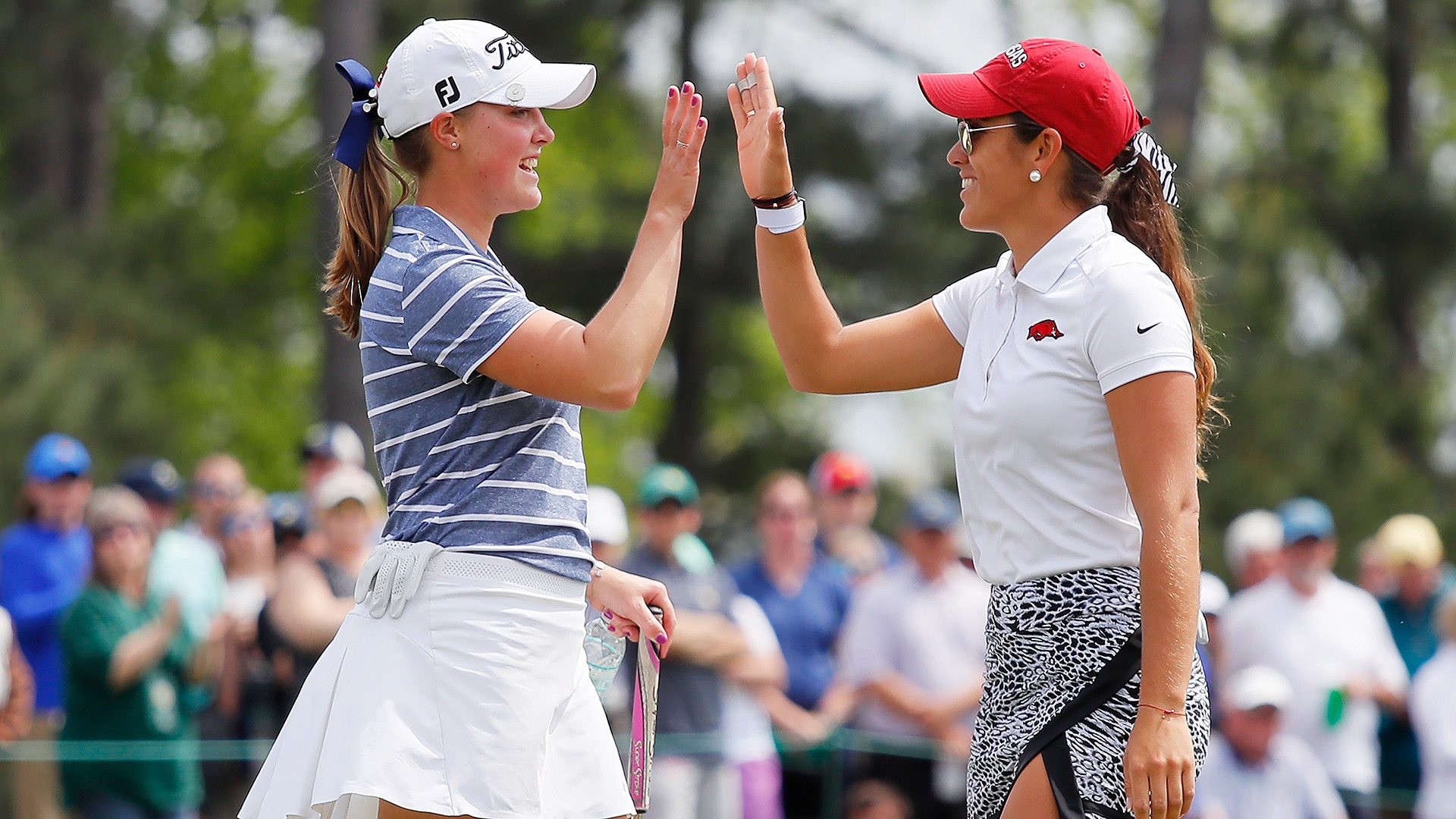 Jennifer Kupcho and Maria Fassi will get their wish.

The darlings of amateur and college golf, who captured the fancy of fans with their friendly duel at the inaugural Augusta National Women’s Amateur in April, will play as partners in next month’s Dow Great Lakes Bay Invitational, the LPGA’s new team event. They both turned pro before teeing it up at the U.S. Women’s Open last week.

The Dow Great Lakes Bay Invitational announced Friday that Kupcho and Fassi will play on sponsor exemptions. The event is scheduled July 17-20 at Midland Country Club in Michigan.

“I’m really looking forward to playing with Maria,” said Kupcho, a Wake Forest graduate. “We’ve competed against each other a lot over the years, and it will be a fun challenge to see how we play as a team.”

Kupcho won the Augusta National Women’s Amateur, and Fassi followed by winning the NCAA individual championship last month. Fassi was named the Annika Award winner as the outstanding female collegian for the second year in a row.

Fassi said she and Kupcho began a friendship at the Palmer Cup last year.

“I have known her for a while, but we were never close,” said Fassi, an Arkansas graduate. “I think she's really intimidating, and she thought the same about me. So, we were always like keeping our distance.

“At the Palmer Cup, at the dinner after the tournament, we just talked. She’s like 'You're scary with your sunglasses,’ and I'm like, 'You don't have sunglasses and you're scary,’ like that. It was just funny. We laughed about that, and then from there we just had a really good relationship, and then at Q-school we played a few rounds together . . . and then from there it just has been a really nice relationship, and then definitely playing at Augusta together, and to win what we did, definitely helped our relationship and our friendship. Yeah, we've just gotten closer and closer over the past few months.”