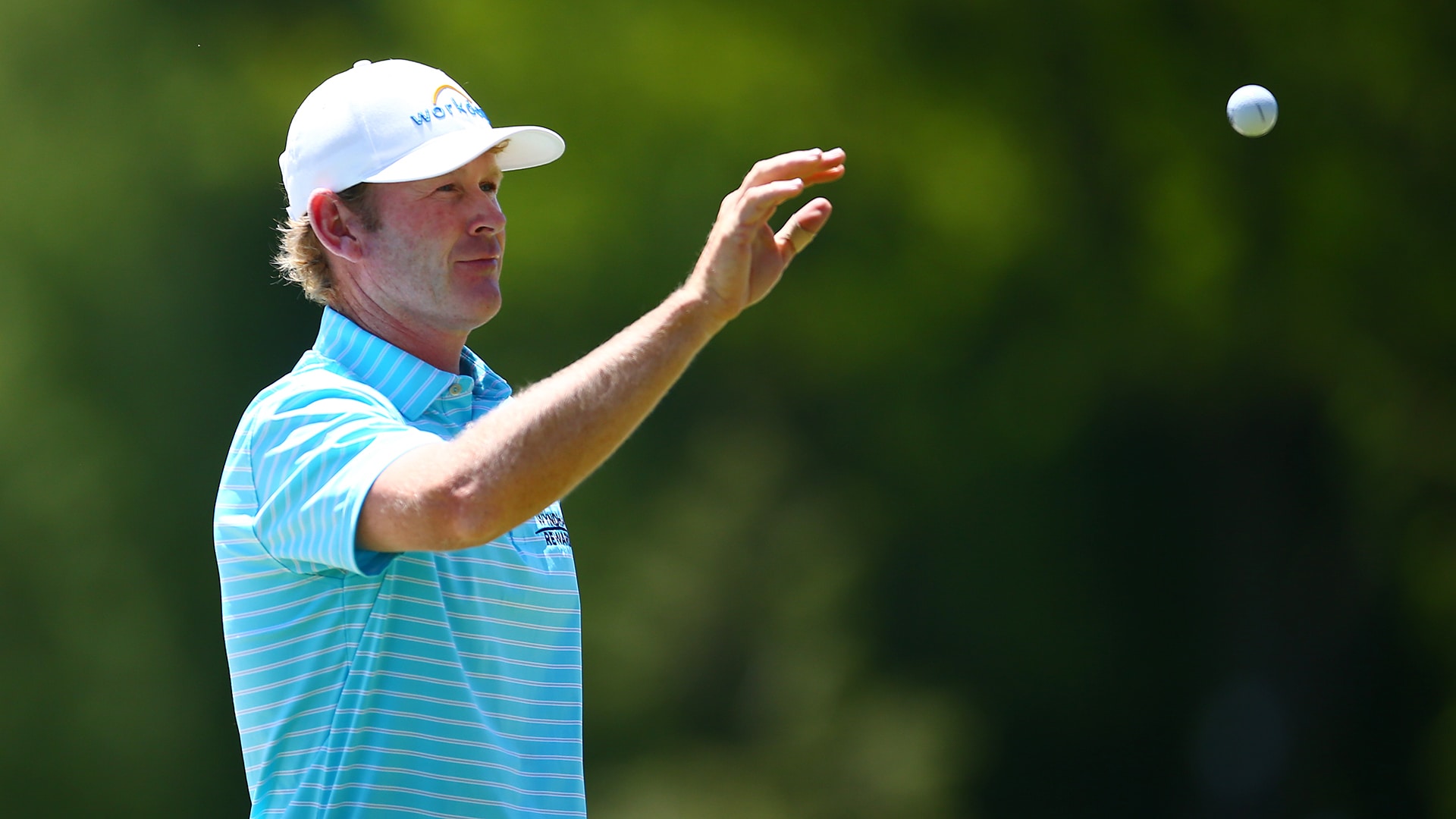 ANCASTER, Ontario – Brandt Snedeker's early record-tying round didn't stand up to late charges by Scott Brown and Matt Kuchar at the RBC Canadian Open on Friday.

Snedeker fired a 10-under 60 to tie the Canadian Open's record low score. That was good enough for an early clubhouse lead at 11 under at Hamilton Golf and Country Club.

But Kuchar and Brown, playing in the afternoon, went low, too, shooting 7-under 63s and finishing the second round as co-leaders at 12 under.

Brown and Kuchar agreed that Snedeker's round was a mixed blessing. They said it challenged them to play their best and confirmed that low scores were possible.

Snedeker and Carl Pettersson are the only players to shoot 60 at the Canadian Open. Pettersson did it at St. George's Golf and Country Club in Toronto at 2010 en route to a victory. Greg Norman also had a round of 10-under 62 at Glen Abbey Golf Club in Oakville, Ontario, in 1986.

''I'm not scared about going low. I realize these days don't happen very often,'' said Snedeker, who carded a 59 at the Wyndham Championship in August. ''Almost get more excited when I feel like it's going that way.

''More often than not, you're getting beat up. You have to take advantage of it.''

Most golfers coming off the 6,966-yard, par-70 layout spoke about wrestling with the poa annua greens that were playing exceptionally slow. The hilly course has sloping greens that need to be soft to prevent balls from rolling off.

Snedeker was one of the few able to consistently drain long putts Friday.

''Didn't help me yesterday. I think I left every putt a foot short yesterday,'' said Snedeker, who had a 1-under 69 in the opening round. ''I was excited for this morning because I got out here and I knew they would be a little faster and I could still be aggressive, which I felt like needed to be.''

Four Canadians were within four shots of the lead. Nick Taylor was tied with Snedeker for third after a second-round 65, good for 11 under.

Webb Simpson was another stroke back at 10-under after a second-round 64.

Rory McIlroy followed an opening-round 67 with a 4-under 66 and was tied with two others at 7 under.

Brooks Koepka, fresh off his PGA Championship win, followed an opening round 70 with a 4-under 66 and was at 4 under heading into the weekend, along with defending tournament champion Dustin Johnson, the No. 2 players in the world, who followed a 1-over 71 with a 65.

No Canadian has won the national championship since Pat Fletcher in 1954 at Vancouver's Point Grey Golf and Country Club. Ben Silverman moved up the leaderboard Friday with a 9-under 61, second only to Snedeker. It also was a record for the best round by a Canadian at the championship.