Lee6, Thompson off to quick starts at ShopRite Classic 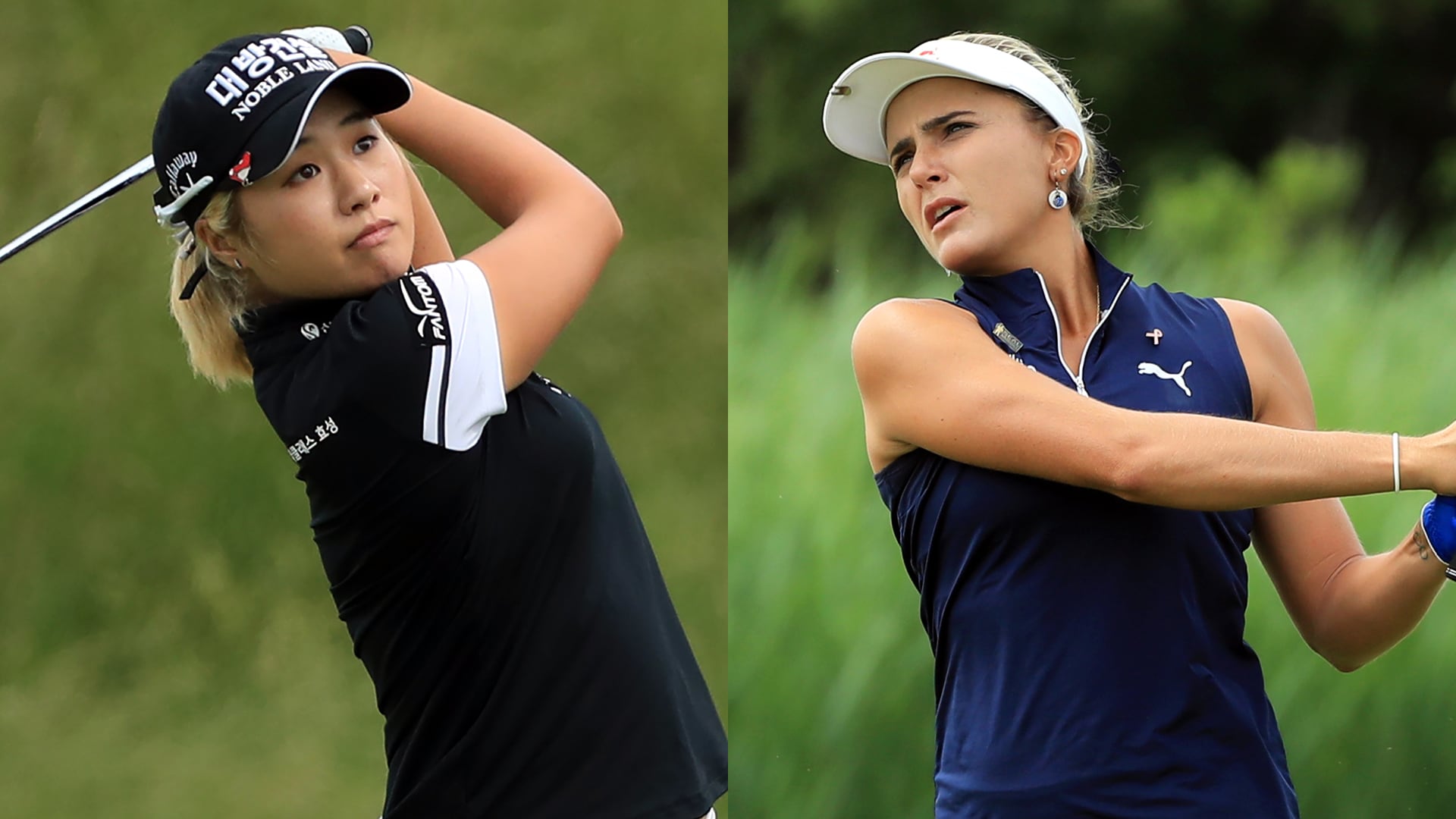 Jeongeun Lee6 didn’t come to the ShopRite Classic to bask in the glow of winning the U.S. Women’s Open last week.

The LPGA rookie came to turn that victory into something even more incandescent.

“I don’t want to think, 'Oh, I won a major, so I’m good,’” Lee6 said before teeing it up at Seaview Hotel and Golf Club outside Atlantic City, N.J., this week. “I want to play well the rest of the tournaments.”

Lee6 put herself in position Friday to follow up her U.S. Women’s Open title with another victory. She opened with nine birdies, an eagle and three bogeys to shoot 8-under-par 63. She’s tied with Pornanong Phatlum for the first-round lead.

“I played it just like how I played it last week,” Lee6 said. “I feel pretty confident.”

Lee6 said she was encouraged by the strong support she is getting in the wake of winning her first major.

“I feel pretty happy that so many people are watching me,” Lee6 said. “It feels really weird sometimes, because I won the U.S. Open, and then also a lot of people came to watch me, especially a lot of Korean galleries. I feel pretty good about it.”

Like Lee6, Lexi Thompson is right back in the hunt. She opened with a 64. She’s tied for second with rookies Kristen Gillman and Muni He.

Thompson had a chance to win the U.S. Women’s Open Sunday, but a cold putter cost her. She got passed by Lee6 in the final round at the Country Club of Charleston and ended up tying for second.

The short week, with ShopRite a 54-hole event, gave Thompson an extra day to recuperate. Despite her inability to convert chances in the final round at Charleston, she said she likes the new claw grip she began using just two days before the U.S. Women’s Open. She made seven birdies and no bogeys on Friday.

“This is a very gettable golf course,” Thompson said. “A lot of birdies out there, because it is playing a good bit shorter. The defense on this golf course is basically the wind. If it gets blowing out here, it definitely plays a little harder. But a lot of wedges into the greens, so definitely a lot of birdie opportunities.”

If Lee6 can claim back-to-back victories, she’ll join world No. 1 Jin Young Ko as the only two-time LPGA winners this year. At No. 5 in the Rolex Women's World Rankings, Lee6 already leads the LPGA’s money list ($1,353,836). A victory this week will move her closer to Ko in the battle for world No. 1 and the Rolex Player of the Year race. Lee6 is second to Ko in the POY race, trailing by 46 points. A victory this week is worth 30 points.